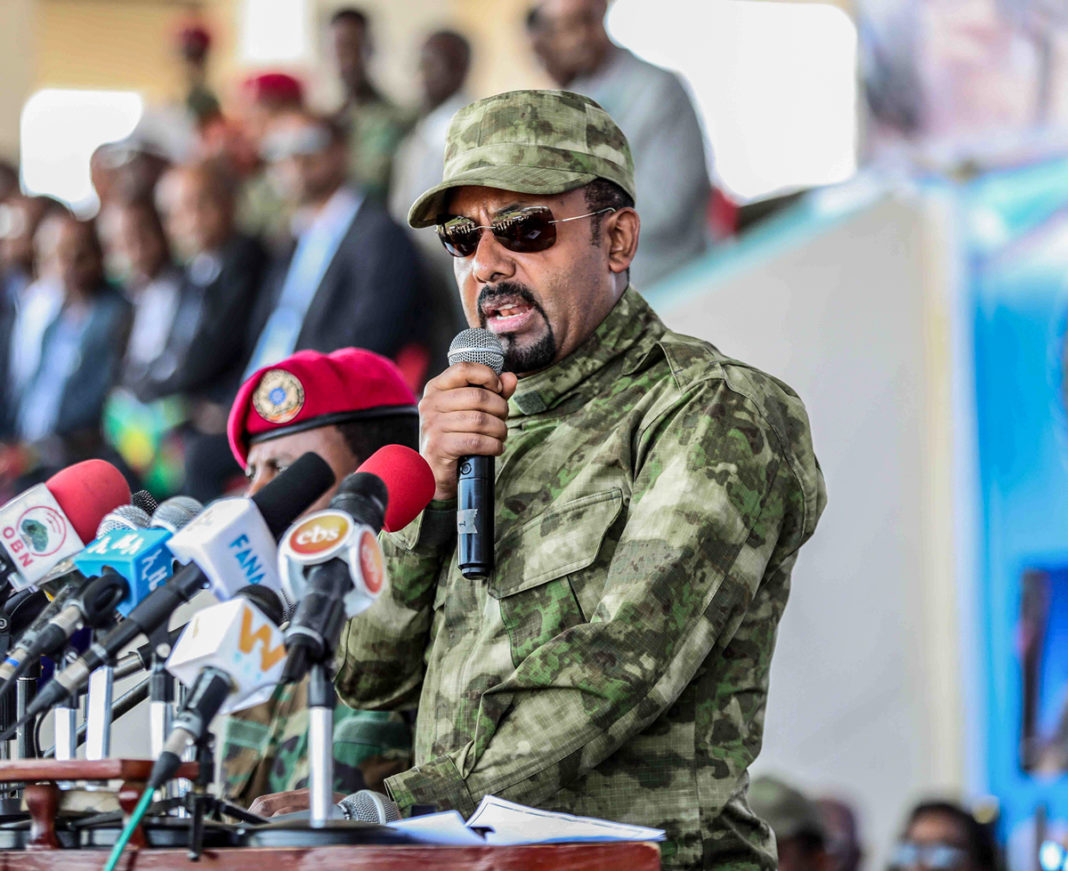 On Saturday, November 28, Ethiopia’s Prime Minister, Abiy Ahmed, declared that his troops had captured Mekelle, capital of Tigray, and that the war was over. For the people in Tigray and the rest of Ethiopia, however, a period of deeper humanitarian crisis and armed conflicts, has most likely only begun.

The same night, the TPLF armed forces, which Abiy’s national army is fighting against, launched six missile attacks against an airport and military targets in neighboring Eritrea’s capital, Asmara. The TPLF also claimed to have retaken Axum, a city with 50,000 inhabitants northwest of Mekelle.

In this war, it is very hard to verify facts on the ground. The Internet, the telephone network and electricity in Tigray has been shut down. Banks are also closed, blocking financial aid and the region’s economy.

What is clear is that the federal army attacked Tigray with full force. Observers say the buildup of troops started weeks before the war began on November 4. On Sunday November 22, Abiy Ahmed gave a 72 hour ultimatum to the TPLF, to surrender or meet a full scale attack “without mercy” on Mekelle. From Friday, Mekelle was under fire from tanks, artillery and air fighters, and according to Abiy Ahmed, the federal army conquered the city the following day.

Despite the declaration, TPLF leaders on Monday November 30 claimed to be in the city, continuing the fighting. Most military commentators reckon that the war is far from over, with the TPLF planning a kind of guerrilla war. There are no reports of TPLF leaders being captured, although both sides claim to have taken large numbers of soldiers as prisoners.

There are, so far, no reliable reports from the attack on Mekelle and its half a million inhabitants. Tigray, with six million inhabitants, suffered severely from the war also before it reached Mekelle. The International Crisis Group reported (November 28):

“According to the United Nations, at least 600,000 people in Tigray depended on food aid before the conflict and have not received their rations this month. Fuel and other essentials are also running low in Mekelle. Thousands have died in the fighting, including many civilians as well as security forces. The communications blackout and blockade of air and road access to the region from within Ethiopia is affecting the humanitarian response. Federal forces and Sudanese troops are reported to have shuttered Tigray’s main external supply line through eastern Sudan.”

Over almost four weeks of war, reports say hundreds or even thousands have been killed, Massacres have been reported from both sides. Federal forces have been accused of targeting churches and civilian homes, while a massacre of Amharans in the town Mai Kadra is reported to have been conducted by a Tigrayan youth organization.

Last week, 4,000 refugees a day arrived in Sudan from Tigray. In total, the numbers probably reached over 50,000 by December 1. The UN expects 200,000 in the coming month and a humanitarian catastrophe in the region.

Desperate to survive, the refugees have arrived in refugee camps in Sudan to find there is no food or beds for them. In Hamdayet transit center with a capacity for 300 refugees, over 20,000 arrived last week. The World Food Programme warns they will run out of food with these numbers arriving.

In Tigray, there were already 100,000 internal refugees before the war, and in Ethiopia as a whole there are two million.

TPLF forces played the leading role in overthrowing Mengistu’s pro-Stalinist regime in 1991 and again in the war against Eritrea 1998–2000. Bordering Eritrea, Tigray has since then housed a big share of the Ethiopian army, including the most advanced weaponry. With paramilitary forces included, TPLF is estimated to have 250,000 troops.

The peace accord between Abiy Ahmed and the dictator of Eritrea,Isaias Afwerki, which led to Abiy Ahmed getting the Nobel Peace prize 2019, was never accepted by the TPLF leaders. Now there are reports of Eritrean troops supporting the federal army.

The war is a struggle for power in Ethiopia. TPLF dominated the authoritarian regime 1991–2018, and supported Abiy Ahmed as the new leader two and a half years ago. However, in attempting to white-wash his own government, he accused TPLF leaders of corruption and repression, and limited their power, including by reducing Tigray’s income. In response, the TPLF declared Abiy Ahmed’s government illegitimate.

Now, the federal government claims the war is about “law and order”, and talks about TPLF as a “junta” that instigates violence and instability in the whole of Ethiopia, with the aim of overthrowing the government. The TPLF has branded Abiy Ahmed as a dictator, and belatedly taken responsibility for an attack on a military base in Tigray on November 3.

On this basis, continued war is most likely, with TPLF using its knowledge of Tigray’s mountains as a base. It can use guerrilla actions and the missile attacks that have already been launched both on Eritrea and on Bahir Dar, capital of the Amhara state within Ethiopia. TPLF troops have also destroyed Axum airport, according to some reports. Abiy Ahmed, on the other hand, wants a total victory, with TPLF leaders in prison. He has refused all proposals about negotiations.

The federal government will be seen as an occupation force in Tigray. In this war, it has relied heavily on Amhara forces, the second biggest region of Ethiopia. The government in Addis Ababa is playing on old border disputes between Tigray and Amhara, as well as the role of the TPLF leaders in the old dictatorial regime.

There are now reports that the federal government is installing Amhara administrators in Tigray. Amhara “special forces” seem to have played a big role in the war and have also been accused of massacres. Amhara nationalist flags are also reported as having been used in parts of Tigray overtaken by federal troops. This development will definitely increase ethnic tension and violence.

While TPLF for decades ruled the country, ordinary Tigrayans did not benefit at all. Now, however, they are subject to ethnic violence that will increase with the war propaganda from Addis Ababa. The government is registering all state personnel with Tigray roots. Refugees go to Sudan, not to other parts of Ethiopia, for fear of violence.

Increased ethnic violence is a big threat to all ordinary Ethiopians, making the necessary united struggle by workers and the oppressed more difficult.

The region and imperialism

The Ethiopian government under Abiy Ahmed is involved in multiple crises at the same time. The war in Tigray could spread to other parts of Ethiopia and the wider region. In the last weeks, there has been another crack down on demonstrations in Oromia, the most populous region.

Imperialist powers, such as the US and China, do not want this war. The UN, the EU and the African Union have all called for a ceasefire. Imperialism’s concern, however, is above all stability to ensure their power and profits in the region. They are involved in different military and economic cooperation projects with the government of Abiy Ahmed. And they hoped that his regime would stop the revolts and protest movements that shook the country in 2016–18, which included cooperation between Oromo and Amhara protesters. Abiy Ahmed’s image of democracy and his plan to centralize state power and privatize big parts of the economy was held up as a model.

But regime change from TPLF to Abiy did not solve anything, in fact it has made life worse for many, alongside reintroducing the repression of the old regime. For fundamental change — democratic rights, jobs, land to cultivate, an end to poverty, famine and climate crisis — a mass movement against capitalism and imperialism is needed. The struggles in recent years have shown the willingness of workers, youth and the poor rural population to struggle. Ethiopia needs a democratic and revolutionary socialist party, bringing together different ethnic groups, against domestic and imperialist rulers, for system change, replacing capitalism with democratic socialism in the region.