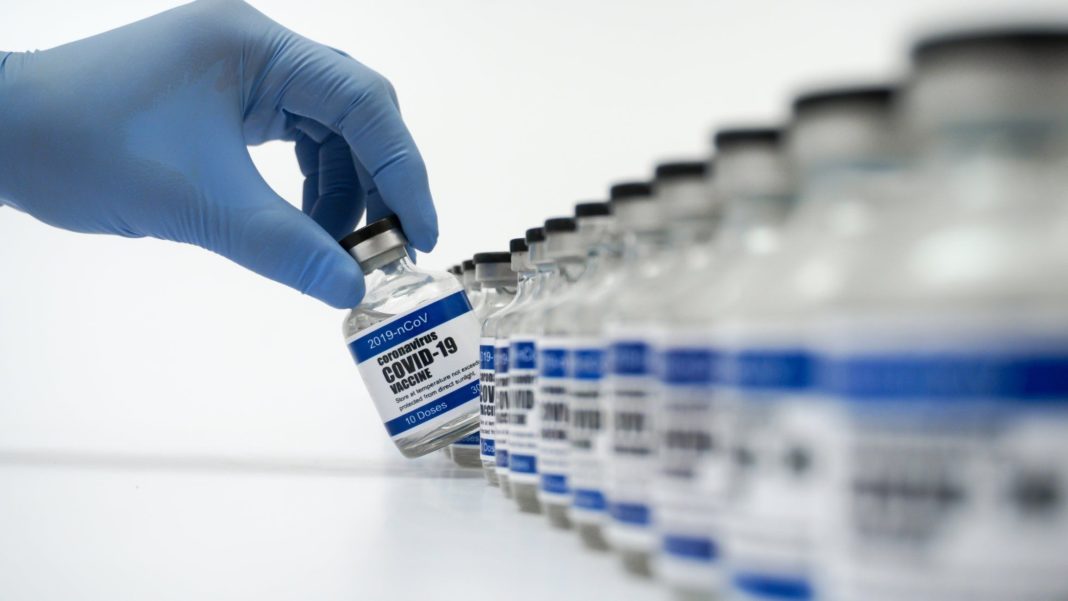 This article was written in coordination with a shop steward at a pharmaceutical company in Belgium and member of Socialist Alternative’s sister section Parti Socialiste de Lutte.

It should be pretty clear how to stop a pandemic, especially since we were forewarned a pandemic was imminent. Isolate and contain positive cases, stockpile necessary equipment, set up a mass testing plan, and create organizational structure on a federal, state, and local level to achieve it. Crucial ingredients would include securing manufacturing facilities to produce syringes, masks, ventilators, and testing equipment.

By December 2019, the devastating growth of the virus was known worldwide. The rest should have been automatic – but nothing happened. This failure goes beyond Trump’s incompetence. The tools that are needed to resolve this public health crisis are clashing with the logic of competition intrinsic to the system of capitalism.

Vaccine Development: Competition Rather than Cooperation

On July 31, the World Health Organization reported 165 research projects seeking a possible vaccine against the coronavirus. Of these, 26 were being tested on humans. Five were in the final stage of testing needed before an application for marketing authorization could be submitted. This race for a vaccine is the subject of much speculation and has caused anxiety among the scientific community that an untested and unsafe vaccine could be shoddily rolled out.

Companies have been engaging in secretive competition, hoarding research and technology to ensure they’re the first to the finish line. Regulatory agencies like the FDA will evaluate vaccine candidates on a first-come first-serve basis, meaning the goalpost for pharmaceutical companies is not developing the best vaccine, but simply the first vaccine. This competitive race leads to a waste of resources and time that could be put to better use through cooperation.

Since the beginning of the crisis, each country has tried to put itself forward as the one best placed to manage the crisis. At the beginning of the pandemic, some nations tried to shift full responsibility onto China. Trump withdrew American payments to the World Health Organization (WHO) on the grounds that the Ethiopian president of the institution was too close to the Chinese regime.

There is no historical example of an effective vaccine being developed in this kind of accelerated timeline. This means our best protection remains the immediate introduction of a massive safety program. This should include immediate mass testing, and tracing of infection, and supply of tens of millions of units of safety equipment on a weekly basis. To do this means breaking with the profit-making logic of capitalism.

It means taking public control of necessary productive resources, urgently deploying medical teams into struggling communities. Yet, neither major political party is willing to put forward such policies, which would challenge the dysfunctional inability of capitalism to achieve these goals.

Instead of these pharmaceutical companies each working in secret to develop profitable vaccines and drugs, these efforts should be shared among scientists and the public on an international scale. Sharing of medical information would massively improve the international search by scientists for an effective and safe vaccine. The need to share medical research information and a response to the pandemic based on people’s needs not profit points towards Medicare for All and taking the major pharmaceutical companies and hospitals into public ownership.

These companies already have global supply and distribution chains and trained personnel. With the additional workload, it will be necessary to employ more people, but on stable contracts and under good conditions. Research and technology previously held in silos by different companies should be collectivized.

This goes to the heart of the case for socialism. Why? Because to implement these policies means democratic control of government and the economy by the working class. It means decision-making taken out of the hands of billionaire shareholders and their representatives in government.

While this kind of transformation might seem overwhelming, it is absolutely necessary. The devastation due to the pandemic and failing economy is a direct result of this failing system. Join the socialists in fighting to build a new fair, just and equitable society – a socialist world.