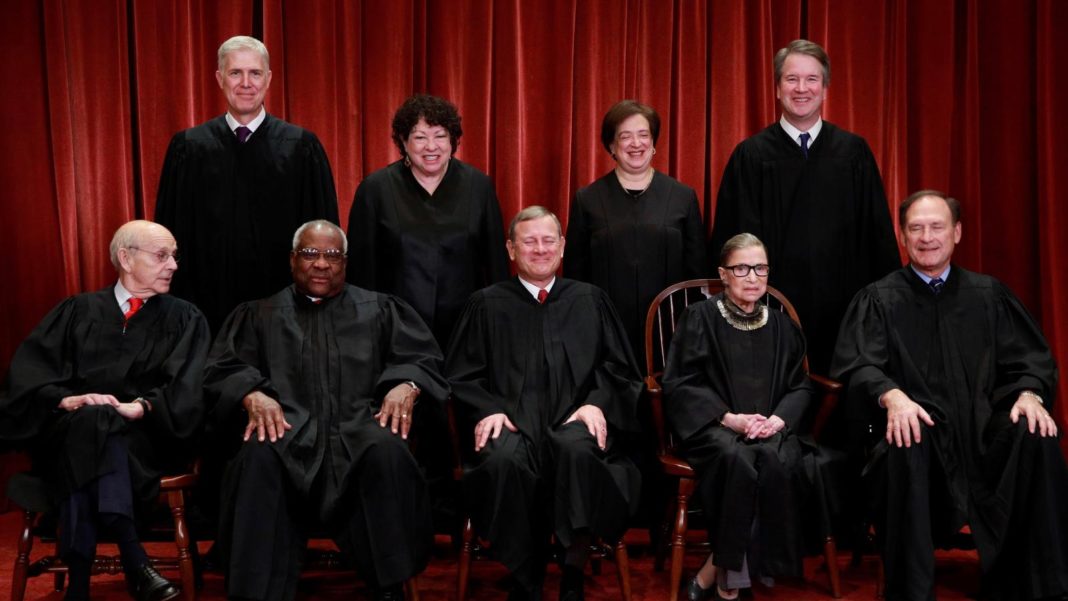 The death of Supreme Court Justice and liberal icon Ruth Bader Ginsburg is the latest blow to any sense of normalcy in this election year. Trump has moved rapidly to nominate Amy Coney Barrett to replace Ginsburg. If she is approved this will solidify a 6-3 reactionary majority on the Court. This represents a threat to abortion rights, LGBTQ rights, voting rights, immigrant rights, and union rights. In reality it represents a threat to the interests of the vast majority of the American people. It must be met by mass mobilizations in the coming days and weeks.

With Mitt Romney announcing his intention to support a Trump nominee, the votes are there for Trump and Mitch McConnel to fast track someone through. This is a gift to the Christian right and is completely linked to the Republicans’ strategy for reelecting Trump and trying to keep control of the Senate. It’s an attempt to distract attention from Trump’s disastrous handling of the pandemic and mass unemployment and to drive turnout of social conservatives.

Democrats in Congress are talking tough and promising retribution if Trump and the Republicans confirm a new justice in the narrow window between Ginsburg’s death and the election. But the Democrats have failed to land a single blow against Trump in nearly four years. They failed to stop the accused sexual assaulter Brett Kavanaugh’s confirmation to the Supreme Court. They’ve stood by as Trump has enacted racist travel bans, slashed taxes on corporations, rolled back over 100 environmental regulations and destroyed the asylum program.

The obstacles Trump has faced dismantling the Affordable Care Act or starving out federal workers to get funding for the border wall in the federal shutdown have come from working people. Mass protests, organized civil disobedience, and work stoppages are the tools that have the best chance at forcing the Republicans to stand down. Those same tactics of working class struggle are absolutely anathema to the corporate Democrats who will avoid them at all costs.

Nature of the Supreme Court

The Supreme Court is a highly undemocratic institution designed by slaveholders and capitalists in the 18th century. The fact that the death of a single 87-year-old threatens women’s right to bodily autonomy is evidence enough of the backward role that the Supreme Court plays in U.S. society.

The big advances for which the Supreme Court is often credited, like Roe v. Wade and Brown v. Board, were won first in the streets by the strength of mass movements, with a legal process running along in parallel. For example, abortion right were won through mass struggles led by socialists and other radicals in New York and Washington State before Roe v. Wade. The Roe decision was not because the Supreme Court was left-leaning, but because the establishment wanted to head off an even bigger movement that would radicalize more working people.

The Christian right has gained confidence during Trump’s administration, and even if Biden wins, it won’t disappear any time soon. For years now, abortion access has been rolled back in state after state with very little response from the Democrats. On a whole host of issues, the Democratic establishment has failed to take the actions that working class people need, from the housing crisis to student debt to climate change.

There is no point to hoping a Biden victory will change everything — we already know that Biden opposes widely popular reforms like Medicare For All, and we should not vote for him or any representative of the capitalist class. In reality the Democrats have used the Supreme Court issue as a cover for their unwillingness to fight to enact real change through the legislature on issues from housing to the climate. We should not buy into the idea that, if there is a more solid right wing majority, there is no way to win significant gains for working people. At the same time we call for a mass struggle beginning now to oppose the Republicans attempt to consolidate their control of the Court.

At the end of the day, the only real way to safeguard our interests and ensure that the death of one Supreme Court justice doesn’t throw our hard won rights into jeopardy is to build a party that truly represents working class people and unifies a protest movement in the streets with candidates who can be held accountable to a left, pro-worker program.