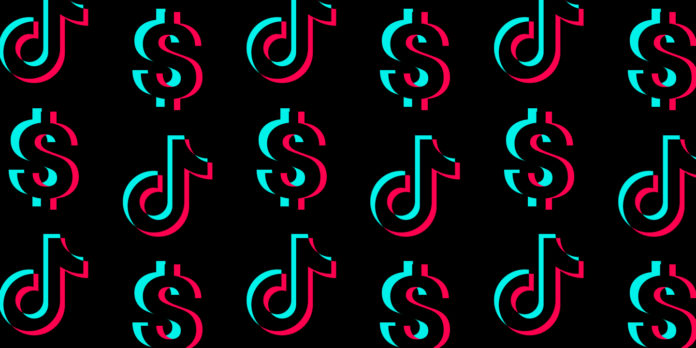 The decision by President Trump to ban TikTok nationwide in the US represents a further escalation of the tech war between the US and China as part of the new imperialist Cold War.

On July 31, President Trump announced that TikTok, the overseas version of the Chinese social app Douyin, will be banned nationwide in the US, and the relevant executive order for this was signed on August 6. This represents a further escalation of the tech war between the US and China as part of the new imperialist Cold War. The US presidential election in three month’s time is aggravating the conflict, meaning more such measures and further escalation are possible as Trump desperately uses the anti-China card in an attempt to avert election defeat.

After Trump announced the ban, Microsoft expressed its intention to acquire TikTok. The purchase price was reported to be US$10–30 billion, but another industry insider estimated that it was US$40–50 billion. ByteDance Ltd in Beijing, the parent company of Douyin, hopes to retain a small amount of equity in the international arm in the future.

The United States is not the first country to declare that they would ban TikTok. The China-India border conflict in May resulted in the death of 20 Indian soldiers, while the number of casualties on China’s side has not been disclosed. In retaliation, on June 29, the Indian government announced a ban on the use of TikTok and 59 other Chinese mobile apps on the grounds of national security and privacy concerns. Australia initially announced that it would follow the US, but Prime Minister Scott Morrison said on August 5 that TikTok would not be banned in Australia. The governments of Western countries such as the UK, France, and Germany have also said they would not ban TikTok.

In response to US government actions and public concerns, TikTok stated that its user data are only stored in the US and Singapore, and that it will not share the data of about 800 million users worldwide with the CCP regime. It even hired an American, Kevin Mayer recruited from Disney as CEO, and considered moving its headquarters to London in order to build an “international enterprise” image.

On August 3, Trump also declared that TikTok must be sold to a US company before September 15 or it will be officially blocked. He also proposed that the US government should get a slice of the TikTok sale price. However, such an audacious attempt caused a backlash from the traditional pro-business media; the Wall Street Journal criticized this proposal as setting a dangerous precedent for seizing foreign businesses and opening the door for US companies to suffer similar treatment in other countries.

In essence, Douyin and TikTok are two different apps. Generally, people living in China can only download Douyin, and can only watch videos from China which, when uploaded, undergo internet censorship. TikTok is always downloadable by people living outside China, and users can see videos from countries around the world. Despite the differences, these two apps will collaborate with the CCP regime’s request to ban “sensitive” videos and even accounts. Both apps have security issues, as they will gain access to information on the device, including the IP address, device name and model, photos and videos, payment information, etc. TikTok’s parent company ByteDance, as a Chinese company, is in no position to refuse to provide data to the Chinese authorities when the regime “needs” to do that, or the company will get in trouble.

The controversies surrounding Douyin/TikTok are not really or solely about security. From March 25-27, many Cantonese (the Chinese language spoken in Hong Kong, Macau and parts of southern China) self-media accounts on Douyin were warned by the system or blocked during their live broadcasts. The reason was that Mandarin (also known as Putonghua, the official Chinese language in mainland China) was not used and instead the content was in Cantonese!

TikTok’s suppression of minority languages and dialects is exactly the same as the Chinese Communist Party’s authoritarian method of “Promotion of Putonghua”. Although TikTok does delete almost all videos that involve topics considered “sensitive” by CCP censors, it is quite tolerant towards videos that clickbait to gain attention, imitate other people’s videos, or have difficult, curious, and dangerous action scenes. As a result, Douyin and TikTok have the problem of creating a lot of mental trash and wasting a lot of users’ time.

Many countries have questioned TikTok or threatened to ban TikTok for reasons such as security, privacy, and election manipulation. But how is the performance of governments and ruling elites in these countries themselves on these issues?

On February 28, 2018, in accordance with Chinese laws, Apple Inc. handed over its iCloud services in China to Yunshang Guizhou, which is funded by the provincial government in Guizhou province. In June of the same year, Facebook, which is completely blocked in China, admitted that it shares user data with Huawei, whose background in, and ties to, the People’s Liberation Army, China’s military, are well known.

Socialists are firmly opposed to the CCP dictatorship stealing the personal data of people throughout the world. We also warn that governments and companies in “democratic” countries are also doing these same things, albeit in a more covert way. From the above two examples, we can see that these companies are also prioritizing making profits, and will not hesitate to bow to an authoritarian regime like the CCP in order to enter and consolidate their Chinese market shares. Only under the conflict between US and Chinese imperialism will these governments and companies use rhetoric about “privacy” and “safety” in their own interests.

In the current imperialist conflict between China and Western governments, both sides’ statements are soaked in hypocrisy and propaganda: to hide their own superpower aims and interests and present the other side as the problem. US and Western companies cooperated closely for more than two decades with China’s tech sector, including its surveillance and security sectors, because this was profitable and they wanted to gain a bigger presence in China’s market. In those days, “human rights” were barely mentioned by politicians in the US or Europe.

It is only now when China has emerged as a major competitor for global market share and serious challenger to the traditional global dominance of the US tech sector that Washington has done a U-turn and launched a global offensive to try to block the expansion of Chinese tech. This is especially because of the decisive role of new areas such as “Big Data”, A.I. and Cloud computing, which not only have commercial but crucial military implications.

Socialists believe that under the capitalist system and imperialist order, personal data security and privacy will never be truly guaranteed. As long as regimes that rule on behalf of a numerically small but super-wealthy capitalist elite exist, information security and privacy will be violated in various ways if this is dictated by the interests of their system. This applies in openly authoritarian societies like China but also behind the façade of “democracy” in more liberal Western capitalist states.

Edward Snowden disclosed secret documents in 2013, showing that the US government is conducting shocking mass surveillance of its citizens. In addition, controlling the media also means controlling people’s minds. As long as social media apps are controlled by profit-driven companies and governments, most content they push will eventually serve the maintenance of the capitalist system.

Socialists believe that the internet and social media should be free public utilities and, along with companies operating social apps, they should be democratically controlled and managed by workers and users rather than secret corporate elites. To realize these demands, it is necessary for the oppressed around the world to unite to overthrow the capitalist system that maintains class oppression and inequality and intensifies conflicts among nations.