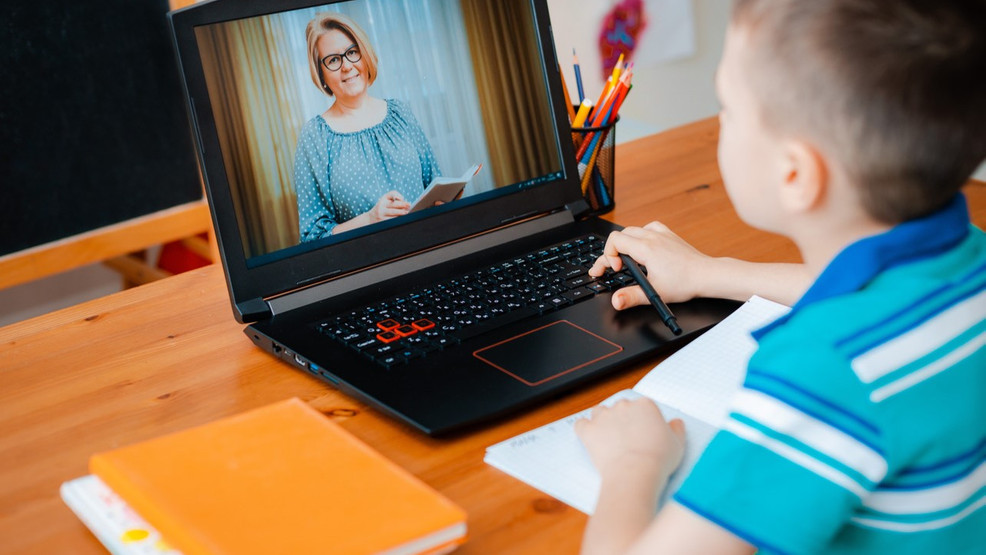 Millions of office workers, tech workers, and educators have been forced to adjust to working from home asked to maintain the same level of productivity. Perhaps more challenging has been the change to remote learning for children and teachers everywhere. This transition has several challenging components, not least of all the cost of equipment, space, and a decent internet connection.

Despite the particular challenges for remote workers and students, the common issue is that neither the government nor employers pay for the true cost of moving to remote work or remote learning. The burden of this transition is on the backs of working families and students.

Some tech companies provide a “work from home” stipend which falls short of covering all material needs of remote work, such as an office space, increased electricity bill, a stable quiet home, and childcare. For educators and students of all ages, the challenges are even more acute. Distance learning rolled out so quickly and haphazardly makes equity in education even more impossible to achieve.

Equity in Education and Distance Learning

Inconsistent access to wireless internet is now an even bigger barrier than usual to education, given the COVID-19 enforced distance learning. With libraries and cafes closed, students need internet access at home in order to continue their education. Educators across the country are quickly adjusting to remote learning, but no individual teacher can create a plan that works for students without access to the internet, even if the school has given laptops to students who do not have one. Teachers already struggle to make the classroom a place where students of all backgrounds have equal access to learning materials, but any barriers or interruptions to education disproportionately threaten students in areas of high poverty. This dynamic is especially pronounced in rural areas. Quickly implemented distance learning represents one such interruption, lack of access to the internet at home, or the loss of income in the household due to the virus are even bigger interruptions. If a child’s care-giver cannot afford the wireless bill, that does not mean the child is undeserving of education. Under our capitalist system, the opportunity gap in education only widens during a crisis like this one.

Any program the district provides to students and educators for transition to distance learning is incomplete without guaranteeing high-quality wireless internet, something that should not fall on the shoulders of our already broadly underfunded public schools. This crisis has revealed in so many ways that the billionaire class, with access to all of society’s resources, does not take the impacts of COVID-19 seriously when it comes to working families and public education. In Philadelphia, school districts at one point suggested the city set up hotspots in parking lots, saying students could simply go to parking lots if they need internet access for school and lack wifi or housing. Free broadband as well as guaranteed safe, stable housing for students is necessary to reduce the impact of the educational barriers from distance learning. The billionaire class is not serious about providing either.

Remote workers outside of education do not face the same burden of maintaining an already under-funded public education system, but broadband costs and other operational costs of tech companies have essentially been shifted onto the individual worker with no increase in pay. The solution for these workers, similarly, is affordable housing and public broadband with fair pay to cover higher electricity and heating bills associated with working from home. Companies should not be allowed to simply shift operational costs onto the workers.

At an absolute minimum, a high speed internet connection should be provided for free to students and educators, while businesses should cover internet bills for remote workers. In the very immediate term, remote workers and students need an end to caps on broadband speed, and free service until the threat of the virus is no longer significant.

Beyond this, the crisis is showing that broadband is not a luxury – but a necessity – for modern life and should be treated as a public utility, similar to electricity.

All utilities rely on massive infrastructure development, in many areas partially or wholly owned by the state. Because of the high cost of building miles of wires, conduits, and poles, utilities are almost all monopolies where they are privately owned. Socialists argue that for necessities of life, profits should be taken out of the equation. Broadband as a publicly-owned utility would be cheaper per user, without the barrier of profitability to update infrastructure, or the pressure of company growth to lower quality and raise prices year after year. Such a system could be updated to handle the ever-growing load of modern web use, especially during lockdown.

Internet as a Public Utility and Municipal Broadband Programs

Currently, broadband is controlled by only a few corporations, the costs of infrastructure make it prohibitively expensive to compete and most areas are carved up between the major companies. Residents rarely have any choice over which internet provider they use.

In some areas, municipal broadband programs are publicly owned, with equipment maintained as part of the city budget. With no necessity to make surplus profit, monthly costs are affordable. These programs are a great step, but need to be connected into a national system so that everyone has access to low-cost broadband.

In most cities, and many communities, the infrastructure for broadband has already been built. In those areas where it hasn’t, municipal broadband should be built from the get. In the areas where Verizon or Comcast already have a monopoly, communities should use eminent domain to take the infrastructure into public ownership and provide municipal broadband. In all instances this should be tied to a program of taking all utilities out of private, for-profit control and putting them into public ownership.

In fact, the towns and cities in the U.S. that have developed successful municipal broadband programs did so out of necessity, usually in localities that were not willing to meet Comcast and others’ conditions for profitability. Examples include Chattanooga TN, Longmont CO, and Ammon ID, all offering high speeds for low cost.

The few corporations controlling broadband in the U.S. make residents pay more than in any other equally economically developed country. With the shift to remote work, some families may need to pay even more for increased broadband. A family with two kids in school and two parents working from home will not be able to rely on a slower, cheaper, wireless plan.

Ultimately, while municipal programs undoubtedly improve broadband wherever they can be implemented, they represent a piecemeal solution when considering national connectivity as a whole. To connect every community in the U.S., municipal broadband programs should be part of a national plan to implement broadband as a public utility and connect rural communities as well as cities and towns under the same program. This type of plan should be part of any Green New Deal program.

With measures like the FCC’s “Keep America Connected campaign,” some internet service providers (ISPs) have suspended disconnections and offered cost assistance. However, if the lockdown goes on long enough, companies like Comcast will not hesitate to drop their humanitarian actions in favor of their bottom line. They will unilaterally act to shut off service for non-payment when public pressure and attention is off.

Comcast and other ISPs work hard to block public broadband by lobbying heavily against municipal broadband programs, spending $30 million in 2017 and 2018. Residents in Columbus, Mississippi, for example, decided to authorize a $2.75 million project for municipal broadband with fiber optic cable, but the decision was reversed after heavy lobbying at the state level by Comcast and other big cable/broadband providers. Corporations in this industry have won statewide measures restricting municipal broadband programs in 26 states. In many cases, the legislation is drafted by the corporations themselves and blocks municipal broadband programs even in communities that cannot get internet from a private entity. On top of this maneuvering, private ISP’s often get money from the city, for example from a school district that needs internet access in their school buildings, to lay cable that the ISP then uses to expand connectivity for private profit, after tax payer dollars have gone into building the infrastructure.

Since local and state legislature cannot stand up to the powerful lobbying of major ISP’s, winning public broadband will require movements like the #JusticeForGeorgeFloyd movement and the momentum building for a Green New Deal to take up this demand. As part of a Green New Deal and a plan to take all utilities into public control, ISP workers are central to any such movement as they are able to stop the work of the ISPs and have the knowledge and skills to reorganize broadband without profitability getting in the way.

Implement Internet as a Public Utility, Connecting All Communities

Utilities as a whole need to be standardized across the country and taken into public ownership. Electric, gas, water, phone, and internet connections should be organized to provide high-quality and high-speed access to all. Most of this work would involve just taking what is currently in the hands of big corporations and putting under the direction of the public and workers who run them. This program could be part of a Green New Deal which could update and expand the infrastructure where needed.

Comcast requires cable workers in order to set up or shut off wireless connections, big tech company profits are dependent on millions of remote workers having internet access. Working people could apply pressure through a mass non-payment campaign that demands public take-over of all utilities including broadband.

A program for publicly-owned utilities including high speed broadband is: