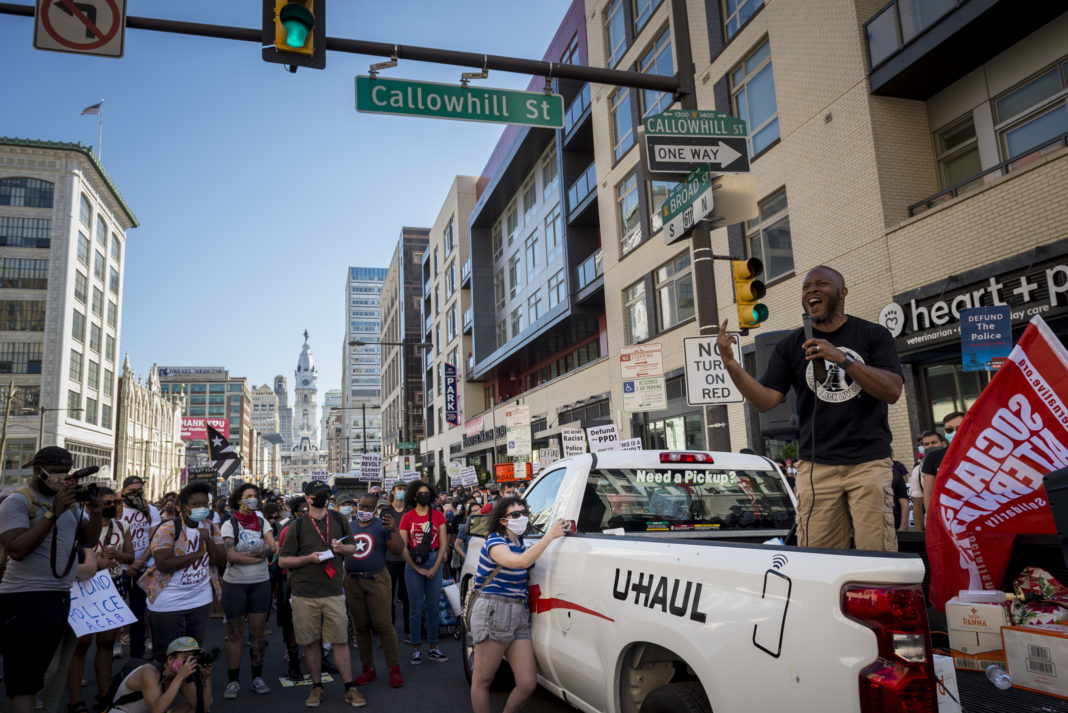 “Power concedes nothing without a demand. It never did, and it never will.” – Frederick Douglass

June 19, 2020, will mark the 155th anniversary of Union troops entering  Galveston, Texas, to announce that chattel slavery was over. Even though Abraham Lincoln signed the Emancipation Proclamation nearly three years earlier on September 22, 1862, Texas was the most remote part of the Confederacy.

Historically, Juneteenth or Emancipation Day is observed black workers and youth in 47 states where it is a state holiday but not a federal holiday. Juneteenth allows people to remember the tortured history of chattel slavery and systematic oppression that built the foundations of American capitalism.

This year Juneteenth will take on greater depth and meaning as it is taking place in the midst of the open revolt against racial oppression and law enforcement terror. The revolt began on May 25, following the law enforcement murder of George Floyd in Minneapolis, only the latest of countless black and brown workers and youth murdered by racists.

Meanwhile racist-in-chief President Trump chose Tulsa, Oklahoma to restart his election campaign. Tulsa was the site of the horrific massacre in a thriving segregated black community known as Black Wall Street by a marauding mob of white racists in 1921, one of many acts of white vigilante violence throughout the nation. This open provocation by Trump aims to stoke the flames of hate and naked vile racism giving further encouragement to white nationalism and seeking to divide and conquer the working-class and poor. The overwhelming backlash to this move by Trump forced him to postpone the rally.

This Juneteenth across the nation will be commemorated with new vigor and determination to tear down the edifice of racial oppression. The devastation of working-class communities, particularly communities of color, during the Covid-19 pandemic and the onset of a new great economic depression has revealed a profound crisis of capitalism. No longer can it pretend on any level to offer democracy, justice, and freedom for the majority of working people, poor and oppressed.

The dominant multi-racial working-class and youth character of  the revolt against law enforcement terror is awe-inspiring. We have witnessed a small but significant segment of the labor movement including transport workers, mail carriers, immigrant workers, nurses, and teachers voice their rage at racial oppression and law enforcement terror standing in solidarity with the revolt. On the west coast, the International Longshore and Warehouse Union (ILWU) announced it would shut down 29 ports in solidarity on Juneteenth. The building of a united working-class grassroots movement is essential to build a decisive struggle against corporate power, right-wing white nationalism, and Trump.

On Juneteenth, Socialist Alternative will be participating in various protests and marches across the country. We are urging workers and youth to stand in solidarity with the revolt with well-coordinated workplace stoppages. We are asking those workplace actions to be for 8 minutes and 46 seconds, the length of time Derek Chauvin, who murdered George Floyd, kneeled on his neck and body to the point he declared, “I Can’t Breathe.” Let’s declare Juneteenth 2020 the beginning of an uncompromising struggle against this system of racism, state-sponsored violence, oppression, and greed. As Malcolm X stated over fifty years ago, “I believe that there will ultimately be a clash between the oppressed and those that do the oppressing. I believe that there will be a clash between those who want freedom, justice, and equality for everyone and those who want to continue the systems of exploitation.” A socialist world is possible!

Why We Need to Actively Fight Racism Under Biden

Austerity Budgets Are In Our Future: Minneapolis In the Wake of George Floyd