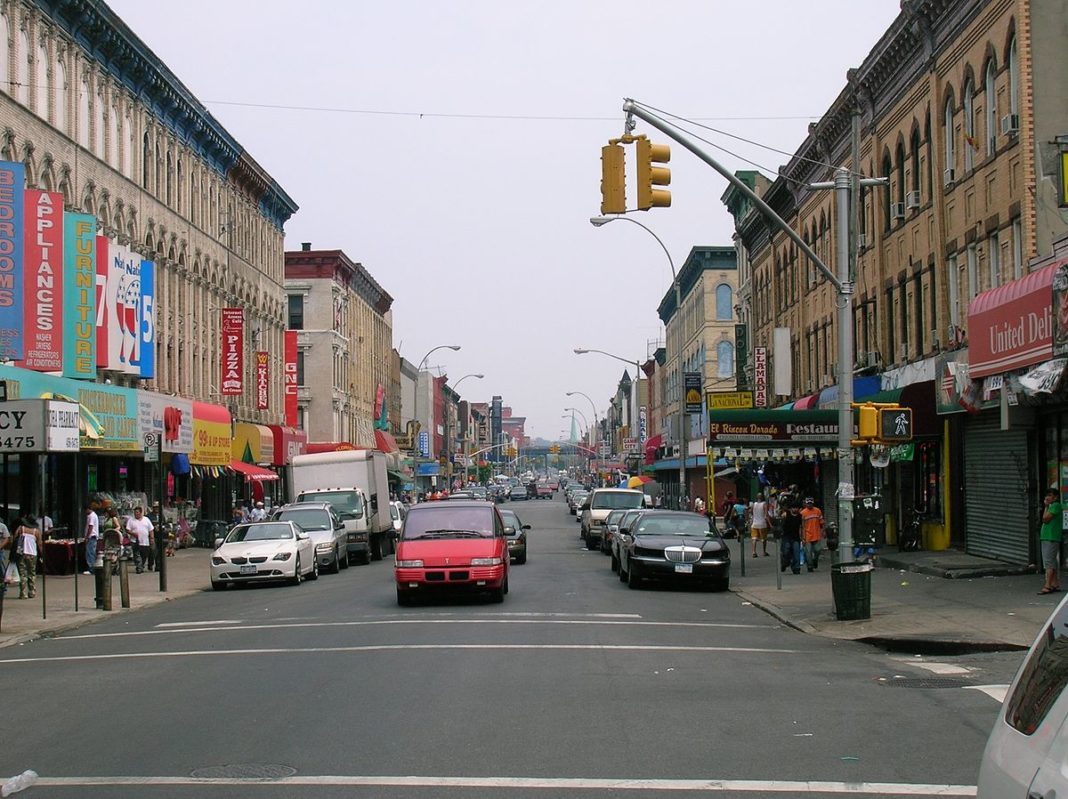 One gray, blustery day late in March, half a dozen tenants gathered on the roof of their Bushwick, Brooklyn apartment building, shivering in the wind and bundled up in coats and mittens and slippers, and they decided that together, they would not pay rent on April 1. Some of them couldn’t afford it; others could, but weren’t sure what they would do when the next bill came. Most, like so many people in New York City and across the United States, had been laid-off or furloughed as a result of the coronavirus crisis.

Many had never been in a situation like the one they were now forced into. None wanted to be. But after a few chance encounters in hallways and flyers slid under doors, they gathered together on the roof and banded together under the daunting notion that it would be more difficult for their landlord to retaliate against any individual tenant if they all acted at once, together.

With over one hundred rental properties in New York City FullTime Management (the building owner) embodies the way in which housing — a basic human right — is brutally exploited by large landlords at the expense of their tenants in a for-profit rental market. Some tenants of FullTime Management report maintenance issues that go unaddressed, ranging from minor to severe. Some tenants complain of uncommunicative managers, and of an obtuse business structure that obscures the internal workings of the company and those at the center of it.

All tenants, to a business of this scale, are rent payers in the company’s endless pursuit of profit, to be appeased only enough to keep leases signed and apartments full. If one single tenant’s ability to pay rent is compromised they can be tossed aside and replaced without further regard.

Therein lies the reason that, despite most not even knowing each other’s names, these tenants were on the roof together that day. The long-standing history of housing justice for renters in New York City posits that under such circumstances, strength in numbers is key.

Armed with this mentality, these tenants declared themselves a Tenant Association within the building, and they wrote up a letter to their landlord announcing the formation of their association and requesting negotiation on April rent payments. Within days, tenants were notified only that rent would be due as usual, but that in light of the crisis, the processing fee for credit card payments would be waived. The tenants doubled-down in return, unwilling to place themselves in such shortsighted debt, and they withheld their rent.

This story is not unique. In the beginning of April, a few weeks into New York’s statewide eviction moratorium and among rapidly accelerating discussions about rent strikes on city, state, and national levels, these tenants began to talk to other buildings owned by FullTime Management, and discovered that they were far from the only renters who had decided to take action. They began by taping a flyer to the building next door, hoping it would be owned by the same landlord (the street address was painted on the facade in the same style), and it turned out that not only was this building owned by the same landlord, and not only were the tenants organizing amongst themselves as well, but they had been researching other buildings owned by the company and were beginning to organize on a much larger level. Following the example of other multi-building tenant organizations such as the established Crown Heights Tenant Union, and growing alongside other newly-formed forces, this loose group of Tenant Associations came together to form the FullTime Tenant Union, which now represents scores of tenants, apartment units, and entire buildings. Together, members of FullTime Tenant Union are withholding rent for the month of May, and for the duration of the coronavirus crisis.

In addition to organizing a rent strike, FullTime Tenant Union (FTTU) is taking a number of actions including seeking legal consultation, organizing banner drops around the city while adhering to social distancing, documenting tenants’ unaddressed maintenance complaints, and engaging with social media and other press outlets. All of these actions are being taken because it is crucial to the position of FTTU that rent striking is not in and of itself an end-goal. FTTU recognizes that when the eviction moratorium is lifted, and when housing courts reopen, a rent strike will not on its own change the fact that those who have had no income cannot simply backpay their rent. Why should the burden of the crisis be placed onto renters, whose financial situations are some of the most severely impacted by this crisis? FTTU demands that renters do not bear the brunt of the financial fallout for landlords, who exploit a basic human right in pursuit of profit, nor for the largest lenders and banks, which have far greater resources to last the crisis than any individual. Ultimately, FTTU joins the millions of voices across the United States to demand rent and mortgage cancellation for the duration of the coronavirus crisis.

This demand with the conviction that if we, as renters, stand together — like the tenants who gathered on their roof one morning in March in spite of wind and cold and fear, and like so many others — our collective humanity will be more powerful than the greed of those who seek to profit at our expense.

The Unreal World of Xi Jinping