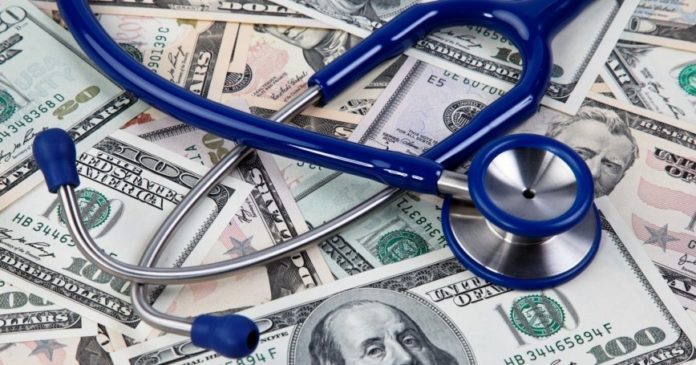 For a Social and Political Program to Fight the Pandemic

The figures for those infected and deceased are outdated as soon as they are reported. More than 3.5 million have been infected so far and about 240,000 have died (May 4). These figures are not reliable because standards differ between countries and testing continues to lag severely behind what is needed. The health care systems in most countries, including advanced industrialized countries, could not and cannot cope with the situation. The overall picture is a lack of equipment, staff and safety gear. Most countries still can not test people in the necessary way, as recommended by the WHO.

Although the virus knows nothing of politics, the political situation largely determines the depth of the public health crisis it creates in each country. The authoritarian, undemocratic Chinese regime initially hid the scale of the crisis and bears significant responsibility for the virus spreading beyond the epicenter in Wuhan. Independent sources claim that the actual number of deaths in China could be ten times higher than the official figures. Similarly in Iran, the regime tried to distort the official number infected, especially in the first weeks. In contrast, the severity of the crisis in the Bergamo region of Italy is more directly linked to the refusal of the car makers to shut down production in the initial phase of the crisis there.

The similarities between countries clearly outweigh the differences: COVID-19 exposed the inability of the health care sector, weakened by decades of cuts, to deal with a steady influx of seriously ill people who need advanced medical treatment. Furthermore, in most countries there is scarcity of protective gear, medicines, emergency hospital equipment etc. Capitalism is showing that it is unable to guarantee the safety of hospital staff and the public.

In Sweden, authorities stopped testing people on a larger scale as soon as it was obvious that the spread of infections was out of control. According to current guidelines, only those admitted to hospital, nursing home residents with symptoms and hospital staff should be tested. The region most affected, Stockholm, stopped testing staff right from the start. That is not the result of some laissez faire attitude amongst authorities but simply due to the lack of testing material.

That is not an accident, but the result of neoliberal politics in which free-market solutions dominate, state control is reduced and trade unions are weakened. After the end of World War 2, in many western countries a welfare state was established like the National Health Service (NHS) in Britain. Already in the 1970s, neoliberal politicians started questioning its existence. Chile, under the dictatorship of Pinochet, was among the first to open its health care sector to for-profit providers. The US and other countries followed suit. Nevertheless, the real breakthrough for neoliberalism came after the collapse of Stalinism in the 1990s. Not just health care, but the whole public sector came under pressure, and deregulation, privatization and outsourcing were on the agenda. Public spending had to go down.

One example of this is Sweden where in 1994 there were 5.21 hospital beds per 1,000 inhabitants, compared with 2.4 in 2018, which is the lowest number in the European Union (EU). Among OECD-countries, only Mexico and Chile have fewer than that. When it comes to intensive care beds, there were about 5 per 100,000 inhabitants at the time of outbreak of the pandemic, which also is the lowest number in the EU, where the average is about 11 ICU beds per 100,000 people.

In former Stalinist countries, privatizations were carried through on a large scale. Often, the old so-called communist leaders became the new owners, as was the case in the former Soviet Union and China.

Neoliberal politics strengthened their grip further during and after the economic crisis in 2007/2008. Austerity measures, with cuts in public spending, were implemented in many countries, pushed through by the so-called “Troika” European Central Bank, the European Commission, and the International Monetary Fund (IMF).

In Italy, for example, measures taken after 2008 increased co-payment for medicines, reduced the number of hospital beds from 4 to 3.7 per 1,000 inhabitants, and reduced expenditure on health care personnel, among other measures. Not only southern European countries implemented austerity measures. Cuts to the NHS in Britain have been severe — 17,000 hospital beds have been cut since 2010.

For those following health statistics, it is obvious that austerity has impacted most on the poor with devastating results on health, including mental health, and life expectancy, with a widening gap between rich and poor.

Outside Europe, it is especially the IMF and World Bank who play the key role in pressing countries to open the public sector to the so-called free market and cut public spending, in exchange for loans. This is the case in many African, Latin American, and Asian countries and has largely been the case since the population in these countries struggled for their independence, and was reinforced during the last 10 years, especially after the defeat of the “Arab spring”.

At the same time, Oxfam had already warned in 2014 that “developing” countries are losing about US$ 114 billion each year through tax avoidance by big business. Today, the disastrous results are that with COVID-19 spreading and a severely underdeveloped health care system, countless lives are at stake. To stop the disease from spreading, very harsh measures were taken by several African states including military curfews which hit the poorest hardest as many lost their livelihoods.

We are not all “in this together.” It is not just the lack of access to medical treatment but being poor in itself which increases the risk for getting sick, for instance through diabetes, circulatory diseases and heart and lung disease.

It is no surprise that one of the first known COVID-19 victims in Brazil was a maid working for a couple who spent their holiday in Europe and brought the virus back home. For people living in crowded Favelas, social distancing is impossible, and with limited access to fresh water, the situation is extremely dangerous.

While the gap between rich and poor is not as drastic as in Brazil, the same patterns apply for instance in Sweden and France where most of those infected live in suburbs, often in overcrowded flats with no possibility of social distancing, many of them immigrants.

A Social and Political Program to Fight the Pandemic

A social and political program is necessary to fight the pandemic. The virus does not respect national borders and an international approach is necessary to contain the contagion and treat those infected.