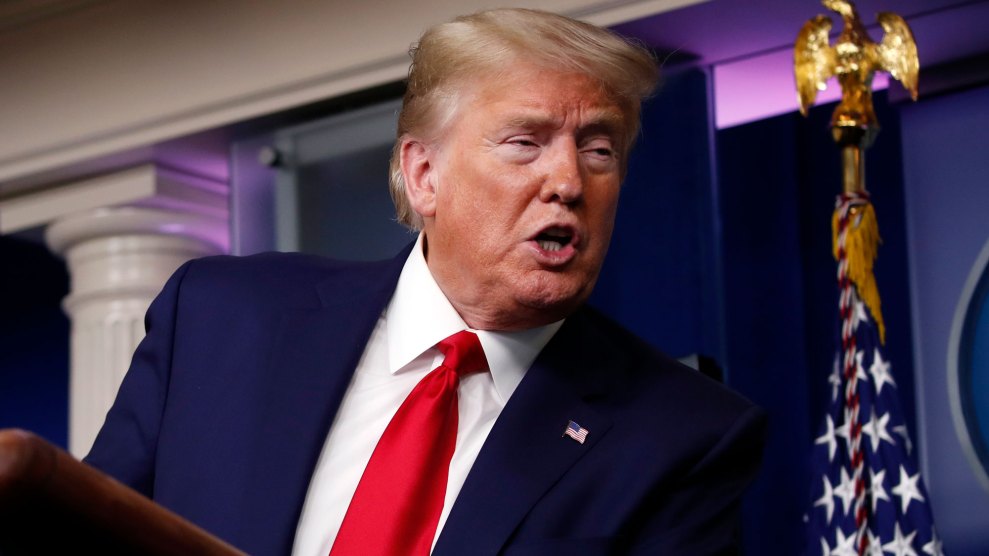 The threat posed by COVID-19 was not a secret. The devastating spread of the virus in China, and the fact that it could be transmitted person-to-person was world news by the middle of January. The science of virus transmission and the steps to minimize its reach was also well documented in scientific literature. Experts had not only predicted that a pandemic would occur at some point, but the Center for Disease Control had plans to protect the public.

What was the response of Trump? In January and February, when decisive action could have saved tens of thousands of lives and limited the economic dislocation from the virus, Trump denied the virus was a threat. His message veered from “it will be fine” to “it’s a plot by the Democrats.” Yet the Trump administration had spent the previous two years slashing the government agencies responsible for handling a potential outbreak.
What should have been done was also clear. Massive testing, social distancing, and ramping up production of safe medical equipment so everyone, especially nursing staff, had sufficient stock on hand.

Doing that would assume a federal government that was willing to primarily serve the interests of the public and was willing to take command of economic decision making. But this is capitalism not socialism. Under capitalism, CEOs of major corporations have a decisive impact on economic policy, and the government is there to serve their interests, including the current multi-trillion dollar corporate bailout.

Pandemic in the U.S

Once it was clear that the pandemic had already spread to the U.S., Trump then projected himself as commander-in-chief and invoked the War Powers Act, giving him the power to direct industry. But he then failed to follow through on any concrete steps. This failure put his stamp on the subsequent pandemic that has now spread across the nation without any necessary initial counter measures from the administration.

The crashing stock market in mid-March focused his mind on the consequences the pandemic could have on his chances for re-election. This led to surprising bipartisan efforts to inject money into the economy. But the fine print shows that the promises of protecting regular American were just that, promises. There is no general, long term protection from foreclosures or evictions and while unemployment benefits have been extended, there are millions of undocumented workers and others who will get nothing and even for those who do it will be far from enough. Instead, the administration has worked feverishly to ensure that the lion’s share of the benefits go to the wealthy.

Now we see Trump demanding the economy be “liberated” from Democratic governors who are enforcing social distancing rules. With his popularity falling in the polls, Trump has reverted to his usual method of first stirring up his base of supporters into a frenzy.
Meanwhile workers on the front lines have had to bear the real burden of “keeping the economy going” without adequate and necessary protection. Nurses are scapegoated for refusing to work without protection. Trump and the federal government have done nothing to protect them.

Trump’s policies are rooted his position as a real estate mogul, and spokesperson for the most self-serving, self-centered wing of the capitalist class. The concerns of the public in the face of a virus is not on their agenda.

What would make a real difference is the existence of a true workers’ government with socialist policies. It would have had the immediate goal of ramping production of tests, masks, ventilators, and other safety equipment. It would have put in place teams of health professionals across the country and skilled workers to test the public and immediately ensure safe distancing. A free health care system would have been in existence to encourage all with potential symptoms to be tested. And if after all that, limited lockdowns were still necessary, all the citizens would have safety committees in their workplaces and secure income to sit out the virus.