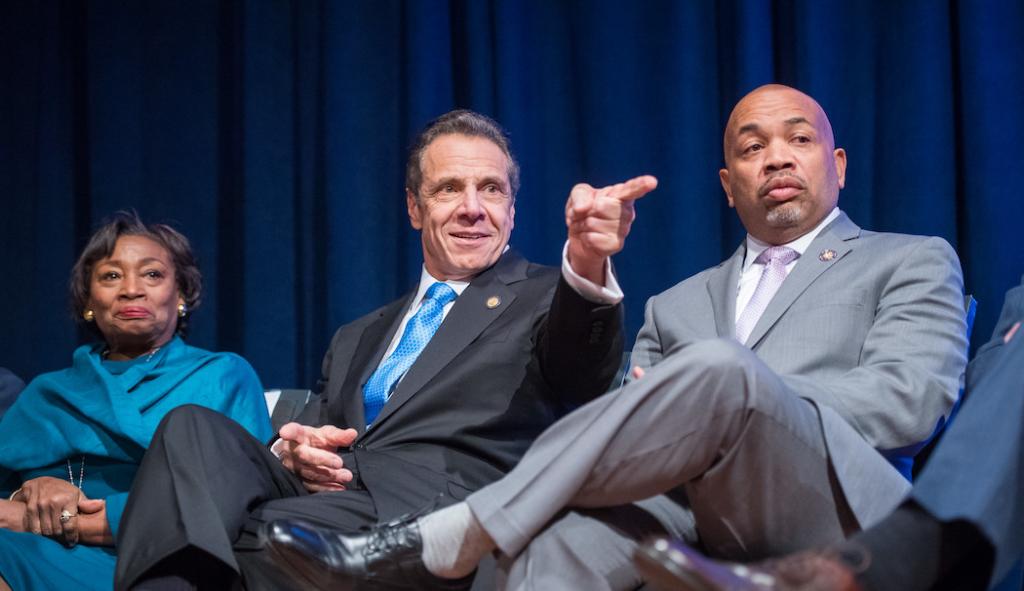 State Enacted Budget for Fiscal Year 2021 Includes Cuts to Medicaid and Education, No Help for Struggling Renters and the Homeless, and No New Taxes on Wall Street and the Ultra-Rich

NEW YORK — Governor Andrew Cuomo may call it “a great budget,” but that won’t make it so for the millions of working class, poor, and oppressed New Yorkers who will be hurt or killed by it. New York State Democrats, who wrote and passed the state’s Fiscal Year 2021 budget, have revealed that they have no appetite to take on the rich and powerful to ensure the health, education, housing and safety of every New Yorker. We call on socialists in the state who have called for reforming the Democratic party to think closely about the devastation they are identifying with – instead of rallying against – by continuing to play by the rules of the ruling Democrats.

In the coming weeks, it is likely that one million New Yorkers will be unemployed as a result of the COVID-19 outbreak. The state budget gap will likely grow to $15 billion or more. Yet instead of asking the rich to pay more, Cuomo plowed ahead with $2.5 billion in cuts to the Medicaid healthcare program for the working poor, elderly and disabled. (The only grace is that the state may delay implementing them during the pandemic, in order to absorb strings-attached federal funding of $6.7 billion.)

The state reduced its spending on school aid, even though activists have been fighting for years for the state to make good on $4.1 billion in long-promised funding to improve New York’s awful rating as 49th in the nation for equity in education spending.

The Democrats did nothing to suspend rent, which Socialist Alternative has called for as part of the Housing Justice for All petition coalition. The 92,000 homeless New Yorkers? They’ll stay that way, since the Democrats didn’t increase the housing voucher rate, which would allow homeless individuals and families to open the door to their own affordable apartments. Democrats certainly didn’t find the courage to take into public ownership vacant apartments, which would keep homeless people from illness and death in crowded homeless shelters.

The Democrats did, however, find time to extend tax credits for corporations, including the ICAP and REAP programs, which Amazon sought to benefit from when it offered to locate its second headquarters to Long Island City in exchange for a $3 billion payout.

The budget also gave Cuomo unprecedented authority to slash budgets mid-year and impose cascading austerity. The Democratic-controlled Legislature was perfectly content to abdicate any serious check on the governor. Expect more cuts to essential services starting next month, then again in June and December.

Where was the leadership for any of the revenue-raisers that would have kept cuts to essential services from getting passed? There are many options to tax the rich, like State Senator Julia Salazar’s real estate finance tax, a tax on second homes worth over $5 million, or a vacancy tax to discourage developers from erecting luxury condos that sit empty in a glutted market. Democrats could have fought to finally legalize marijuana, an effort that has languished over two years of Democratic party-line control in Albany. Legalized marijuana could raise $300 million or more, and give ordinary black and brown people small business opportunities to reverse the disproportionate damage of the War on Drugs. Why wasn’t this a priority?

Instead of uplifting people of color and the working class, the Democrats rallied together to roll back the progressive bail reform they passed last year. Instead of removing people from prisons, as medical authorities are urging as COVID-19 runs rampant through crowded facilities, the state will now pack in more prisoners who could be safely monitored and released.

State Democratic Majority Leader Andrea Stewart-Cousins and State Assembly Speaker Carl Heastie, both of whom are black, have proven that the color of your skin isn’t enough to keep racist budgets from getting passed.

The whole sad vignette starkly demonstrates the sharp limits of working within the Democratic Party. Democrats managed to find the political willpower to roll back progressive bail reform and cut Medicaid and education, but not to tax the rich, legalize marijuana, or provide an urgently needed rent suspension. To add insult to injury, the Democratic budget managed to sneak in a provision that would make it harder for third parties to qualify for the ballot. This is no doubt punishment for the Working Families’ Party decision to endorse Cynthia Nixon in the 2018 Democratic Primary against Cuomo.

We need an alternative political organization to rally working people, the poor and oppressed for a real alternative to the failed policies of the pro-rich, pro-business Democratic party. In the meantime, the Democrats have enforced another disastrous budget on New Yorkers.