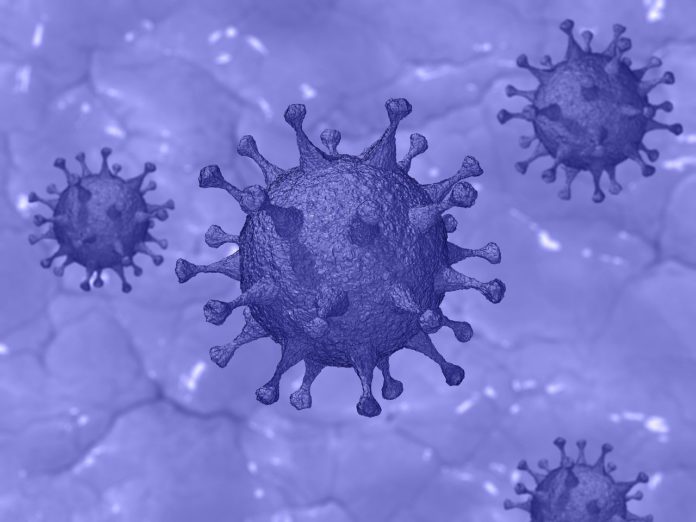 Despite massive advances in medicine, immunology, virology and technology, the new strain of coronavirus (SARS-CoV-2, causing the COVID-19 illness) is causing human devastation around the globe. This novel influenza virus originated in bats, but how did a bat-borne virus from rural China cause a deadly pandemic, and what has capitalism got to do with it?

Although the COVID-19 outbreak was initially traced to pangolins at a Wuhan wet market, evidence suggests that the virus may have been silently spreading in the community since October or November before it was recognized as a new virus outbreak in December. SARS-CoV-2 is a zoonotic virus. This means it was transmitted to humans from another species, either directly from bats or via an intermediate host, such as animals brought to wet markets. Given that civet cats brought to Guangduong wet markets spread the 2002 SARS virus, wet markets still pose a danger.

Asian wet markets trade in a variety of live domesticated and wild animals, kept in densely packed cages stacked on top of each other, and often butchered on site with limited refrigeration and poor drainage. Animals’ immune systems are weakened by the stressful conditions in which they are kept, and the convergence of a unique combination of species and pathogens means mutating viruses are easily spread from one species to another.

The animals at these markets come from increasingly industrialized enterprises, as well as small-scale farms and wild hunting, particularly since the 1980s legal reforms to promote larger scale industrial farming and trade of wild animals. This lucrative industry, worth €76 billion, is backed by state power and justified on the basis of jobs in impoverished areas (14 million throughout China).

Wild species such as pangolins, snakes and civets are consumed only by the wealthy as a luxury, tonic and status symbol, and not by ordinary workers. There has been an outpouring on the Weibo social media platform against the wildlife trade using the hashtag #RejectGameMeat, also combating superstition around the supposed medical properties of animal products. The COVID-19 outbreak and public pressure has led to more regulations around the wild animal trade but, like the temporary ban after the 2002 SARS epidemic, these restrictions are narrow and may not last long.

These larger scale wildlife farms tend to be located at the frontiers of human society, encroaching on forests and wildernesses. The emergence of new pathogens tends to occur where humans, in the form of big business and capitalist governments, are drastically changing the landscape, destroying forests, intensifying agriculture, mining, and building roads and settlements, primarily by agribusiness industries. For example, the global destruction of rainforest by food industries (the beef industry is responsible for 65% of rainforest destruction) brings new workers into these habitats and displaces small farmers deeper into forests.

This kind of human activity disrupts ecosystems and damages biodiversity, shaking loose viruses, which then need a new host. Bats and rats in particular are adaptable and survive ecosystem change, becoming reservoirs for old and new viruses. Dozens of SARS-like viruses have been identified in caves in Yunnan, China, by virologist Zheng-Li Shi, and these viruses could infect humans. Human invasion of pristine forests brings these wild species and the pathogens they carry into contact with farmed animals, farmworkers and other people.

This new coronavirus is the sixth major epidemic in the last 26 years that originated in bats, mediated by a range of farmed, domesticated or hunted animals, such as horses (Australia’s 1994 Hendra virus), camels (Middle East Respiratory Syndrome in 2012), chimpanzees hunted for bushmeat (Ebola in 2014), pigs (Malaysia’s 1998 Nipah virus), and civets (SARS in Chinese wet markets in 2002). These cases should have served as warnings for urgent action.

But instead, agribusinesses are willing to conduct massive planet-destroying deforestation, exploit workers for poverty wages and expose them to toxins and disease, and pave the way for viruses to spread to human populations, all in the name of profit. In the capitalist system, these agribusinesses are permitted to externalize the costs (financial and otherwise) to ecosystems, animals, consumers, farmworkers, and governments, and would not be able to survive if they had to foot the bill themselves. The $5 trillion agribusiness industry is in a “strategic alliance with influenza,” argues evolutionary biologist Rob Wallace, as it uses its immense wealth and power to continue these dangerous and unethical practices that give rise to disease.

The drive for profit in the DNA of capitalism means a compulsion to conquer or invent new markets, to continuously expand into uncharted territory, and turn all resources into commodities and revenue. This leads to the exploitation and destruction of people, ecosystems and land in neo-colonial countries, primarily by the huge capital of the advanced capitalist countries, and thus to massive global inequality. Hundreds of millions of poor people in Africa and Asia without access to refrigeration rely on traditional markets.

What is needed and how?

If we are to avoid future pandemics, we need a dramatic reorganization of food production. We need to safeguard natural habitats and engage in rewilding to allow dangerous pathogens to stay in the wilderness and to end dangerous and unsanitary food production and distribution practices. Factory farming should be eliminated, which would also help to combat climate change and antibiotic resistance, as well as significantly lowering the chances of new viral pandemics. We need a just transition to safe food production and just distribution across the world’s population, including safe, decent jobs. We need to end the disgusting and barbaric treatment of animals in food production.

With global capitalism at the helm, industries and governments will not implement steps that reduce their profits and will certainly not implement the fundamental changes needed to stop food production unleashing more deadly pandemics. Agribusinesses need to be brought into democratic public ownership under the control of working people so they can be transformed and utilized to serve the interests of farmers, consumers, workers and the environment, with local and global cooperation.

Production of something as fundamentally necessary as food, which can have such devastating global consequences in the wrong hands, needs to be democratically planned to meet the needs of the majority, not left to the anarchy of the ‘free market’. Such an aspiration is entirely reasonable and necessary, but it cannot be achieved under the rule of profit, only in a socialist society run by and for the masses.