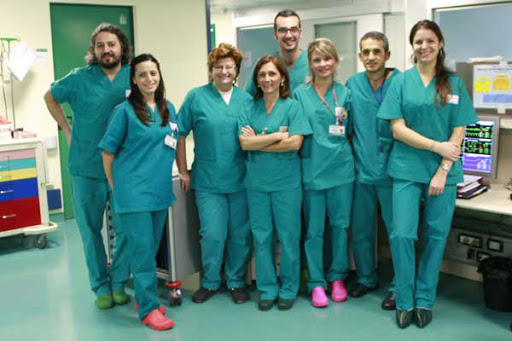 The spread of the coronavirus (COVID-19) in Italy proves that the dismantling of the public health system over recent years by the main political forces in Italy was deeply dangerous and ill-advised. The neoliberal euphoria and reactionary regionalism of the last two decades were the backdrop for the dismemberment of public healthcare, depriving it of resources, tearing it apart, demolishing and disjointing it into autonomous regional health services which are unable to act collectively and decisively, as a unified National Health Service could have done, in response to this crisis.

One of the main mechanisms with which the national health system was destroyed was the constitutional reform passed in 2001 by the center-right and center-left. With the reform of Title V of the Constitution, responsibility for citizens’ health issues was transferred to the twenty Italian regions. This decision, made with the unanimous support of the dominant political parties, was aimed at transforming our national health system, which was the result of decades of struggle by millions of poor Italian families, into a profitable appendage of private healthcare.

Obviously, this process was to the detriment of the poorest regions and provinces, especially those in the South, which, deprived of the necessary means, were forced to carry out the closure of dozens of hospitals and the sale of public facilities to private clinics and institutions. But it has aggravated the conditions of all families in the North or South of the country who lacked the means and resources to be able to resort to the care and services of private doctors and facilities.

Specifically, in recent years, some 37 billion euros have been taken away from the health system, that is, from the care of citizens and the general welfare of the population.

To give an idea of how these figures affect our lives, over the past ten years the number of hospitals in Italy has been cut by 15%. They have also changed their names and become Local Health Units (in Italian ‘aziende’, a term also used for companies). Similarly, the number of doctors, nurses and social workers has been drastically reduced, not to mention the staff employed in various functions in the health sector. To give just one example, it is only necessary to recall that the number of doctors on permanent contracts in the health system has been reduced by 10% in the last decade.

In particular, the cuts in recent years have resulted in the loss of no fewer than 70,000 beds – a net loss of 17% compared to a vulnerable population which, due also to the aging of the population and the increase in life expectancy, has increased! This situation has meant that, compared to the European Union average of five beds per thousand inhabitants, Italy now has just over three. To give a rough idea of the seriousness of the situation, it is sufficient to consider that until twenty years ago the number of beds per inhabitant in Italy was four and that countries such as Austria, Germany and France could count on seven, eight and five beds per thousand inhabitants respectively.

The same applies to hospital staff. Compared to the European average of 8.4 nurses per thousand inhabitants, in Italy we have only 6.5 nurses per thousand inhabitants. This shortage of qualified labor, which is also very poorly paid with wages that have not risen for twenty years, obviously has an impact on the quality of the service offered to patients and sick people. The equation is quite simple: if the number of nurses decreases but the workload remains the same, the nurses will be forced to work faster in a manner similar to an assembly line. Anyone who has been in a blood donation center will probably have noticed the speed, efficiency and “mechanicity” with which the nurses do their work, with times and methods reminiscent of a factory…

This bleeding of public resources has not stopped and continues. The budget recently voted by Parliament and proposed by the government, for example, provides for a systematic and additional reduction in the share of GDP invested in health spending. According to government projections, this should instead be increased from the current 6.6 per cent to 6.4 per cent over the next two years.

It is in this context, characterized by poor public health care, divided into a multitude of small regional health services that do not talk to each other and do not exchange information, and which, moreover, are in competition with private clinics and institutions, also financed by public money, that the COVID-19 epidemic has appeared.

In an attempt to remedy the spread of the virus, which at the time of writing (February 26) has infected just over 300 people (as of March 12 there are already 15,113 infected and 1,016 dead), the government has taken a series of drastic measures ranging from the quarantine of entire municipalities to the closure of 26,000 schools, including the cancellation of hundreds of economic, sports and cultural initiatives.

In addition to this, and cleverly taking advantage of the climate of fear and collective psychosis, the government has decreed a strike ban that has been extended until March 31. These draconian measures, coupled with the infamous security decrees, will not prevent further contagion, but only represent a new attack on workers’ rights by this government. These are the contradictions of a government that continues on the one hand with cuts and regionalization to disrupt the public health system and on the other, tries to close the stable door by adopting serious confinement measures and imposing inhumane shifts on health workers, after the horse has bolted and there is nothing to be done.

As is obvious to anyone, only a public health system capable of centralizing resources and distributing them would be able to deal with this emergency in a useful and effective manner. For this reason, convinced that people’s health is not something that can be taken for granted, we believe that it is necessary to fight for the following demands: