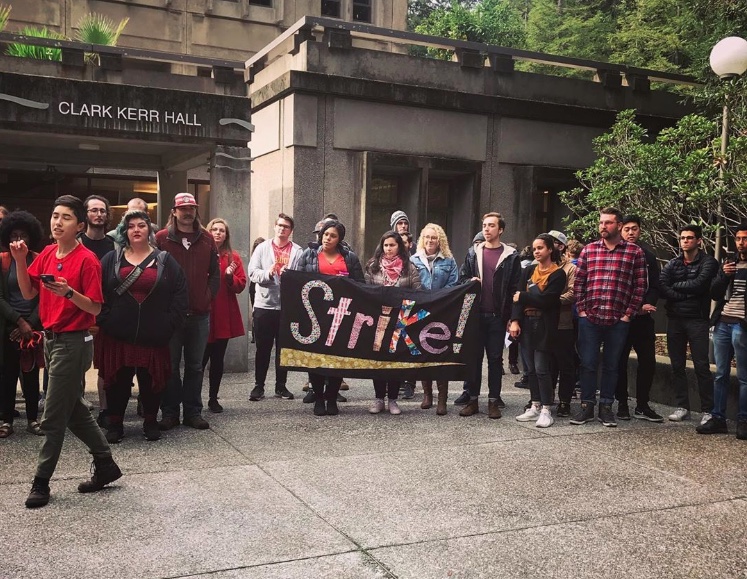 As a socialist elected representative of Seattle’s working people and a rank and file member of AFT 1789, the union representing Seattle community college educators, I send you my full solidarity in your courageous struggle. My organization, Socialist Alternative, also stands with you.

The hard work of graduate students at the University of California (UC) is indispensable to the university, accounting for the vast majority of teaching, grading, mentoring, tutoring, running labs, and research. A typical UC graduate student works 60 to 80 hours a week.

And yet, in a university system with an endowment exceeding $21 billion, and in the wealthiest state in the country, you continue to be paid poverty wages. Many of you face long commutes daily, or sleep in your cars, because of the sky-high rents in Santa Cruz. With a stunning disparity between housing costs and graduate student salaries, it is not uncommon for UC Santa Cruz graduate students to have to pay well over half of your income on rent. Many of you end up skipping meals and foregoing medical procedures to make rent.

As your members have said, you “shouldn’t have to live this way.” You are correctly refusing to accept persistent poverty living standards, and have been on strike for a bare minimum cost of living adjustment (COLA) of $1,412 per month.

It is shameful that the university administration is refusing to bargain with you. And most outrageously, UC President Janet Napolitano has just threatened to fire those of you who are on strike. I commend and thank the undergraduate students and faculty members who have publicly and strongly supported your strike action. More than 1,400 undergraduate students have signed a petition in support of your demands, refuting UC Santa Cruz Chancellor Cynthia Larive’s claim that they are “harmed” by the strike. Many undergrads wrote “Give them COLA” on their final papers and exams.

The facts surrounding the administration’s refusal to allow livable wages for its graduate students are particularly egregious.

California state payroll records indicate that nearly 600 top executives and staff in the UC system are paid at least $500,000 in gross pay, far exceeding the number of employees at the same pay threshold at other major public school systems in the country. At least 43 of those are reported to be paid over $1 million in gross pay. President Napolitano herself is paid well over half a million dollars per year, and Chancellor Cynthia Larive receives a monthly $6,700 housing stipend on top of her salary.

A 2017 California state audit found systematic budgetary reporting failures in the office of President Napolitano, including the failure to disclose up to $175 million in budget reserve funds at the same time as a proposed tuition hike. The audit findings confirmed longstanding state-wide concerns with UC administration spending decisions, the lack of transparency, and questions as to whether UC’s educational mission has suffered.

We stand with you as you discuss your next steps, and we recognize that while you may have to regroup and come back stronger in later months, what you have shown with your wildcat strike is precisely the kind of courage and organization that our labor movement needs. Your action will continue to inspire future actions at UC Santa Cruz and on campuses nationwide. Like the West Virginia and Arizona public-sector strike actions, you are demonstrating that unions and workers can build solidarity with other unions and workers, community members, students, and young people, as a powerful rejection of the divide-and-conquer strategy under the logic of the capitalist system.

Your fight for decent living standards is also closely linked with the struggle for housing justice happening in cities from Seattle to Los Angeles to New York. As you know, in Seattle, our Tax Amazon movement is fighting to tax the largest corporations in the city to fund a major expansion of green-built, union-built, affordable social housing for working people. We are also building the fight for citywide rent control without loopholes, and a fully-fledged tenants’ bill of rights.

As a working-class public representative, I take home only the average worker’s wage, and donate the rest of my six-figure salary after taxes into a solidarity fund. I have sent you $1,000 for your strike fund from the solidarity fund.