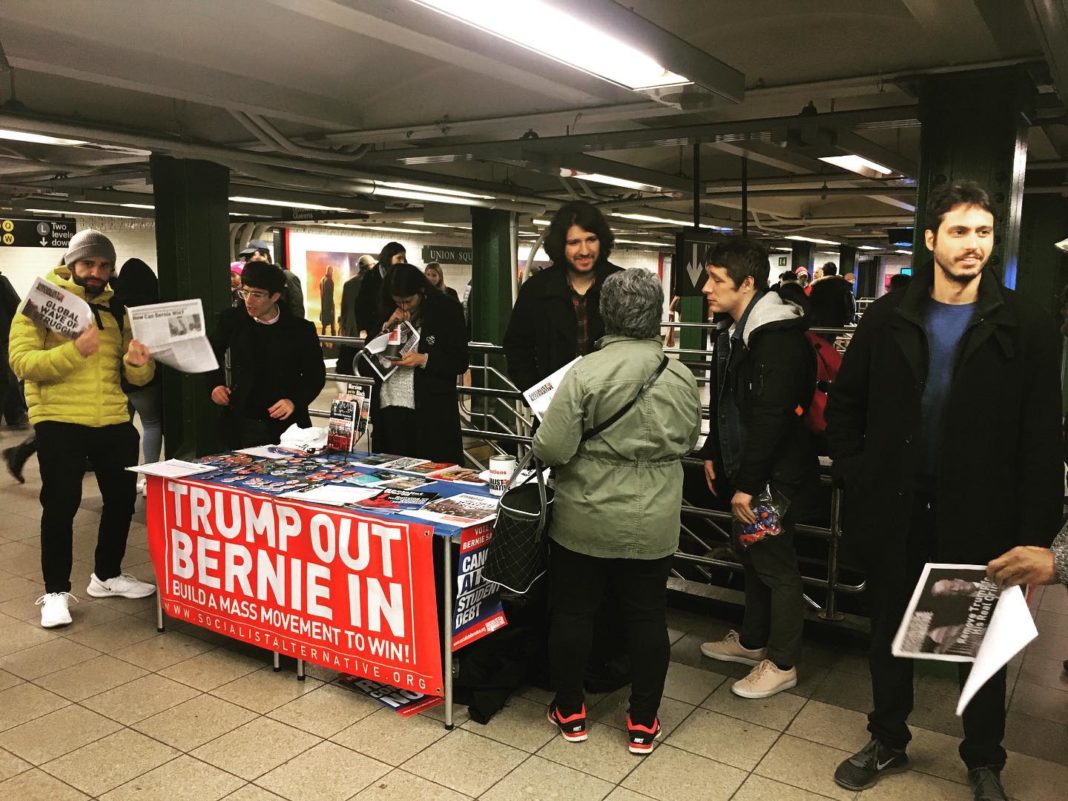 Following our tremendous election victory in Seattle in November – beating Amazon and the richest man in the world, Jeff Bezos – Socialist Alternative is now focusing our national efforts on building the movement behind Bernie Sanders’ campaign.

In Boston, where our members are active in a number of unions, we are organizing Labor for Bernie events. In late January, we hosted an Educators for Bernie meeting where we invited many Somerville paraprofessionals who are currently in a pitched battle for a fair contract.

Bernie’s campaign has been waging a war to win California, and we are enthusiastically participating in that effort. In East Oakland we have organized weekly door knocks and have been met with extraordinary enthusiasm.

In Chicago, we have hosted a series of phone banking sessions that have brought dozens of people out. We’ve started out these sessions with a brief political introduction about why it’s critical for socialists to support Bernie and how we can build a working-class movement for his ideas.

In addition to the cities listed above, we’ve organized and participated in canvasses and events for Bernie in New York City, Houston TX, Grand Rapids MI, Cincinnati and Columbus OH, Portland OR, Philadelphia PA, Madison WI, and more!

We are using our work in the Sanders campaign to talk to working-class and young people about the need for distinctly working-class, socialist politics. We have highlighted the stark differences between him and the rest of the Democratic primary field which is made up mostly of a variety of status quo politics. Bernie’s class struggle approach represents the only serious antidote to Trump’s reactionary regime.

We have also highlighted when talking to people about Bernie the immense hostility he faces from the Democratic Party’s corporate leadership. A campaign and approach like Bernie’s will never be acceptable to the Democratic establishment and the obstacles put in his path will only mount as his campaign gains momentum. We believe that in order for Bernie’s program to become reality, we need a political party based on working people and young people to fight for it outside the Democratic Party.