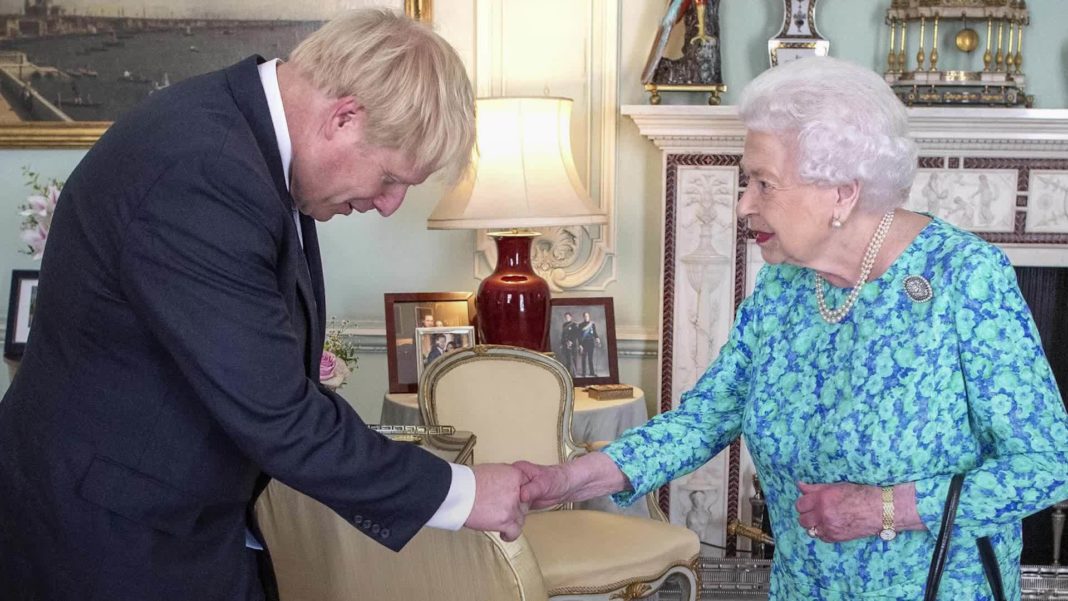 The crisis in British politics has reached a new high as Boris Johnson announced parliament will be suspended for five weeks. This has now been “approved” by the Queen. In his first act as Prime Minister, Johnson has accelerated the long approaching parliamentary bust-up over Brexit.

Johnson claims that the reason for the suspension is that a Queen’s Speech is “overdue” and that this has been the longest parliamentary session in 400 years, and that he plans to introduce “bold and ambitious” legislation including more funding for the NHS. However, it is patently clear that the genuine aim here is to save Boris’ skin, to try and avert a no confidence vote and to also try to stop MP’s voting against a “no-deal” Brexit.

Parliament will be suspended next week until the 14th October. This is just days before the planned EU summit, where Johnson hopes to get a new deal, on 17th-18th October. It is also only 2 weeks before Britain is due to leave the EU on the 31st October. This means in reality that Parliament will be unable to discuss Brexit before the EU summit and leaves little time for a new deal to be discussed and voted on.

Johnson represents a certain small section of the Tory party and the population as a whole. The majority of the capitalist class are desperate for soft Brexit deal and oppose Johnson’s approach of “no deal is better than a bad deal”. Theresa May was appointed leader and Prime Minister in the last leadership ‘election’ to try to get this soft Brexit deal, and was forced to fall on her sword when it proved impossible to get that through parliament.

Meanwhile, the Labour Party leadership have been prevaricating over calling a vote of no-confidence in Johnson. There were opposition cross-party talks just yesterday that rejected the idea of a vote of no-confidence and instead opted for “legislative” measures to try to stop a no deal Brexit. The announcement today shocked many Labour MPs who have reacted by calling for parliament to be occupied and for people to take to the streets to “stop the coup” and “defend democracy”.

There should absolutely be huge protests, called for by Corbyn and the Labour Party and backed and mobilised for by the trade unions, against Boris Johnson. But the demand shouldn’t be “no suspension of parliament”. It should be, Johnson and the Tories out, general election now!

The truth is that many MPs of all parties are trying to walk a tight-rope without falling off. On the one side, they want to avert a no-deal Brexit or even to reverse the decision of the referendum and remain in the EU. On the other, they do not want a general election with the strong possibility that Corbyn could win and become Prime Minister. Inherent in the situation is the prospect of a “national unity” government being formed to stop no-deal. Or despite his talk, Johnson could scrape together a deal that could be forced through parliament.

All parties are preparing for a likely November general election. Boris Johnson is preparing for one to be called either as a result of a no-confidence vote or a collapse of government due to Britain crashing out of the EU without a deal. Previously, more than twenty Tory MP’s warned they would vote against Johnson in a confidence vote. On this basis he will go to the country on a “people versus parliament” argument, that MPs in Westminster are trying to stop Brexit. By linking up with Farage and the Brexit Party in some kind of electoral alliance, this could definitely gain an echo. This could be compounded particularly if Corbyn and the Labour Party do not have a clear position on Brexit.

Socialists need to fight for a “working class people versus the capitalist establishment” election. We must fight to defend all jobs and services threatened by a disorderly Brexit, including nationalising any company that threatens to pull out of the country as a result, under democratic workers’ control and management. As tensions are likely to develop as a result of this political polarisation we must also struggle against racism and to defend the rights of migrants whilst also campaigning against anti-working-class EU regulations and directives.

On this basis, and linked to a manifesto similar to 2017 which contained promises of free education and the reversal of privatisation, Corbyn could face a general election with the pledge of reopening negotiations with the EU – to negotiate a Brexit in the interests of the working class.

Whatever emerges from this mess over the following weeks it is clear that we cannot rely on parliament. The fact that parliament can be suspended by the Queen, an unelected head of state, exposes the undemocratic reality of our political system. Whatever the Brexit deal that is negotiated by Johnson, or if there is no deal, working class people will need to be organised to fight to defend jobs and any further austerity as a result of an economic crisis triggered by a disorderly Brexit. The suspension of parliament is a sign of the weakness of this government – it is hanging by a thread. Starting with protests around the country and a huge turnout in Manchester outside the Tory Party conference on 29th September, we can kick this government out.

Corbyn Suspended from the British Labour Party: Time for a New Left Party to Fight the Tories

ABOUT US
Socialist Alternative is a national organization fighting in our workplaces, communities, and campuses against the exploitation and injustices people face every day. We are community activists fighting against budget cuts in public services; we are activists campaigning for a $15 an hour minimum wage and fighting, democratic unions; we are people of all colors speaking out against racism and attacks on immigrants, students organizing against tuition hikes and war, people of all genders fighting sexism and homophobia.
Contact us: info@socialistalternative.org
FOLLOW US
© Socialist Alternative 2020 | All rights reserved
384 Shares
Tweet
Share384
Pin
Share