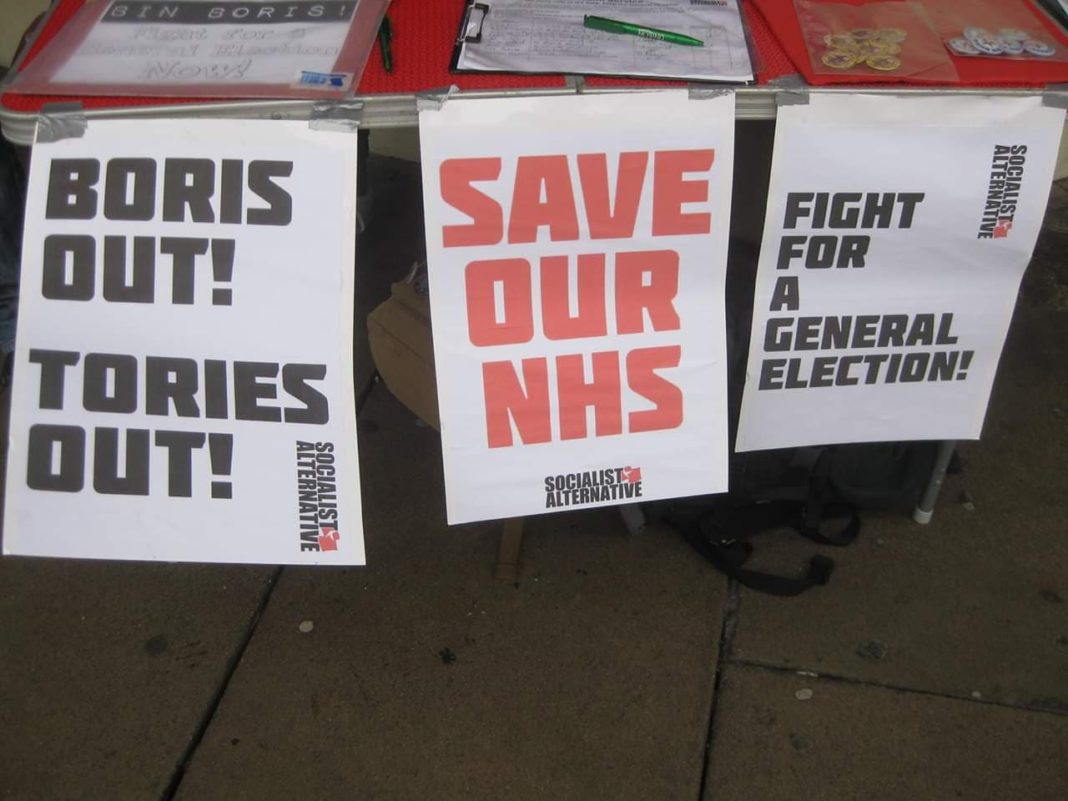 The election of the Eton-educated, racist toff Boris Johnson as Tory leader and thus the new prime minister reflects the political crisis of British capitalism, but it also poses a fresh and urgent challenge to the workers’ movement.

Despite his bumbling persona and his populist rhetoric, Johnson is an ideological representative of the super-rich. He campaigned on promises to cut taxes for the wealthy. This is an affront to those barely surviving thanks to Tory “welfare” reform, communities suffering the impact of cuts to services and the millions of workers struggling to make ends meet. He will continue and perhaps even sharpen his predecessors’ attacks on the working class.

The central plank of Johnson’s campaign was to take the UK out of the EU on October 31, no matter what. He and the Tory Little Englanders don’t give a damn about working class people. A hard Brexit under Johnson will mean not just the maintenance of the EU’s anti-working-class policies but their stepping up.

Johnson stood for the Tory leadership on a platform of tax cuts for the rich. Under his plans the the 40% rate of income tax will be raised to £80,000. This against a backdrop of historically high inequality. One recent study suggests that inequality is as high today as it was at the start of World War Two. Meanwhile average pay for the bankers, who Bojo resolutely defended during his campaign, was £2 million per year as of March 2019.

Johnson has promised spending like more police on the streets and £5,000 per school student but it remains to be of and how this would be achieved. The fallout from a no-deal Brexit as he envisions it would mean there would be nothing left to fund services. In reality, these promises are just a sop to working-class people who, after nine years of Tory government have had enough of austerity. They are unlikely to quell the anger that lurks not far beneath surface. Huge social explosions and upheavals are inherent in the current situation. Even the Tories are aware that one false move from Johnson could act as the trigger.

Johnson made defeating Corbyn a key battle cry in his campaign, reflecting the fear of the capitalist class of even Corbyn’s modest, social democratic policies. Unfortunately, Corbyn is currently in a weak position, having made concession after concession on Brexit and around the largely manufactured antisemitism scandal to Labour’s Blairite right, who would rather see the Tories remain in office than a government under his leadership.

Corbyn can win a future general election but, to do so, he and all socialists in the Labour Party must now go on the offensive. Corbyn’s anti-austerity program in the 2017 general election enthused millions and should be built upon now. Immediately Labour must hold rallies in every town and city calling for a general election, and putting forward socialist policies. This can help build momentum toward a general election and prepare the ground for creating a movement to get rid of the Tories.

This should include campaigning around a clear, socialist program of nationalization, an end to austerity and measures to eliminate poverty through investment in socially useful jobs and services. Corbyn and those who back him should put forward a vision for a socialist Brexit, which would free his government from the shackles of the capitalist EU, its barriers to nationalization and state investment, while also avoiding hard borders and defending workers’ rights, the environment and migrants.

To achieve this, Corbyn will have to also go on the offensive against the Blairites who are ensconced the Parliamentary Labour Party. Democratize Labour from top to bottom, allowing the aspirations of the rank-and-file membership to be fully reflected in its upper echelons. Central to this is the question of mandatory reselection, giving local memberships the automatic right to remove sitting MPs who do not reflect their views. This should be urgently implemented in preparation for the next election, to ensure Labour can present a clear and united message and to prevent the Blairites sabotaging a government under Corbyn’s leadership.

Johnson sits atop a profoundly weak and divided Tory party, reflected in his “night of the long knives” cabinet reshuffle. The beginnings of mass opposition to him is already being demonstrated through youthful protests. The trade union and labor movement should launch an offensive to drive Johnson and his ilk from power, organizing coordinated strike action and mass demonstrations against austerity and poverty pay and demanding a general election. We’ve heard fine words from the leaders of the trade union movement over the past nine years but now is the time for them to act. If they are not prepared to do so, working class people should not wait to mobilize their potential power and strength in workplaces and communities.

Such a revolt of working-class people would lay the foundations for a movement that could end the misrule of the discredited Tories. It could also be the beginning of a movement that could fight for a socialist alternative to their austerity policies and the capitalist system it they defend.