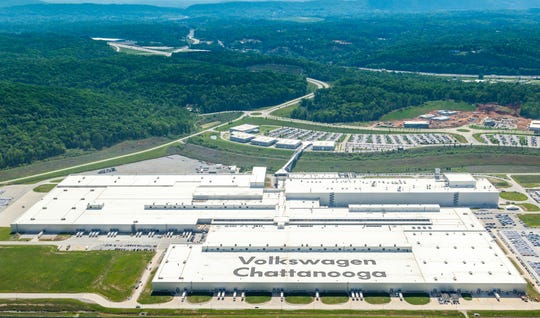 On June 14, the United Auto Workers (UAW) union suffered a major defeat in its efforts to organize the Southern auto industry when 1,700 hourly workers at the Volkswagen (VW) plant in Chattanooga, Tennessee voted against union representation 833 to 776.

This is the second loss for the UAW at the Chattanooga plant and follows a multi-year string of defeats for the UAW in the South, most significantly at Nissan’s Canton Mississippi plant where 60% of the workforce of 3,500 voted against the union in 2017. In 2015, the UAW was able to win a small unit of skilled workers in the Chattanooga plant but was unable to win a contract for them in the face of VW’s illegal failure to bargain in good faith. With this new loss the UAW is back to square one at VW.

VW management used all the classic union busting tactics and the UAW also faced the full power of the local political and business establishment. Governor Lees and other state politicians openly lobbied against the union and conspired with VW management to threaten workers that the plant would lose state subsidies and close if they voted for the union (VW has received over $500 million in public money since opening the plant in Tennessee). These tactics should not have surprised the UAW since the same vicious semi legal methods were used in the Nissan election, as well as at the new Boeing plant in South Carolina.

Despite the all out offensive of the local political establishment and VW management, the vote was close. You could see the effects of what amounts to economic terrorism by VW.  According to Chris Brooks, a correspondent for Labor Notes: “It was a bad sign. On the day voting began at the Volkswagen plant in Chattanooga, Tennessee… a sea of workers passed quietly through the turnstiles wearing the blue anti-union ‘One Team: I Am Volkswagen’ shirts provided by the company…Union supporters were visibly outnumbered by as much as 20 to 1.”

Despite all the threats, lies, and community pressure the union still won 48% of the vote. Clearly hundreds of workers were intimidated into hiding their support for the union and put on a blue shirt that morning but then voted for the union.

All the reports indicate that UAW ran a poorly organized, top-down, secretive campaign, hiding embarrassing details of their contracts from the rank and file committees, and placed a heavy reliance on media and consultants instead of mobilizing around wages, benefits, and workplace issues. Rank and file organizing is not optional for forming a union!

The UAW leadership has bargained itself into this position. UAW is currently bargaining its contracts for 130,000 auto workers at with GM, Chrysler, and Ford where they have made concession after concession over the past 20 years to “save jobs,” but GM is playing hardball and has announced another round of plant closings. While UAW members still have higher hourly wages than non union workers, the gap is closing. And with two-tier contracts in place from the Obama-administrated Corporate Bailout packages, older workers are surrounded by a growing number of younger workers with no pensions and lower wages. If the UAW can’t point to strong contracts with decent wages, benefits and conditions in its “home turf,” why would VW workers put their jobs on the line?

The global auto market is becoming increasingly competitive. VW is trying to grow its share of the U.S. market to 5% at the same time that auto sales have fallen over the past year and profit margins are shrinking. We now have a developing trade war with China and uncertain economic outlook going into 2020. All the corporations will move sharply to shift the financial costs of any economic crisis onto our backs. A union in the Chattanooga plant would challenge VW’s ability to squeeze more productivity and profit out of the workforce, something they cannot stand.

This all against the backdrop of a huge corruption scandal opening up inside the UAW as federal investigators are chasing down and unraveling years of bribes, insider payments and backroom deals with Auto Company executives and high level union officials. There have already been several convictions and guilty pleas, and more indictments are trickling in weekly.

With all these factors working against them the VW workers showed significant courage in nearly voting in the union. It shows that despite the corruption, and weak tactics and strategies of the UAW, workers are increasing ready to organize and fight back after years of watching the super rich get richer and richer at our expense while we struggle to pay our bills. Building on the examples of the teachers’ revolt, working people should adopt rank-and-file organizing strategies to make a fighting, democratic labor movement.

Justin Harrison is a member CWA Local 13000 in Philadelphia.