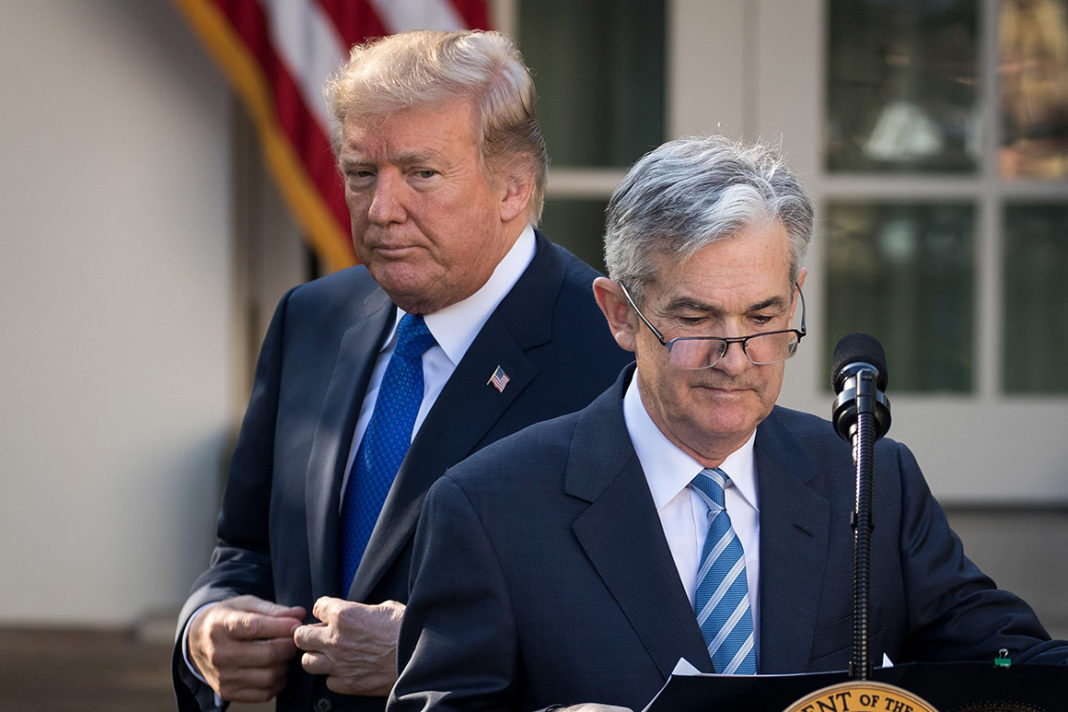 There were stark warnings about world economic prospects at the International Monetary Fund (IMF) meeting Washington in early April. “A growth slowdown and a precarious recovery” warned the main IMF report, while Managing Director Christine Lagarde warned that the global economy had slid into a “synchronized deceleration” was “unsettled” and in a “delicate moment.”

At the moment the slowdown is most evident in Europe where there were sharp declines in economic indexes in Germany and Italy, especially in manufacturing and the auto industry. The continuing trade conflicts between the U.S. and China, Trump’s tariffs on imports, the new sanctions against Iran, and the threats of temporarily closing the border with Mexico are all creating an air of instability and serious risks to the world economy.

Officially, the U.S. economy is on track to show economic growth around 2% to 3% for 2019. But while the financial markets are on record highs, they continue to be rattled by mounting bad warning signs since December of 2018. Concerned about the short term economic prospects, the Trump administration had demanded another 0.5 percentage point reduction in interest rates and that the Federal Reserve resume the “quantitative easing” (QE) policy of easy money for corporations. QE has played a significant role in the economy since the economic collapse of 2008.

However with the Federal Reserve holding $3.5 trillion worth of bonds and financial assets (compared to $800 billion before 2008) the demands of the Trump administration to continue to boost Wall Street and the financial markets with unrestrained debt are creating huge risks. Clearly rattled, the Financial Times warned in an editorial that the Trump administration policies are threatening “the integrity of the world’s dominant central bank.”

“Even more is at stake than sound management of the world’s premier reserve currency” the editorial said. While it took decades to build an institution’s independence, it noted, “it takes far less to destroy it.”

Lagarde warned: “The reality is that many economies are not resilient enough. High public debt and low interest rates have left limited room to act when the next downturn comes, which inevitably it will.” Lagarde’s warnings continue to underline the enormous dependency of the financial markets’ on the steady flow of virtually free money from the world’s central banks and the risks for another meltdown when confidence is shattered. Any efforts to even slightly increase interest could trigger enormous upheavals. Meanwhile the money funneled in the economy for the most part has fuelled profit taking, wealth consolidation, massive speculation, and massive corporate buyouts rather than productive investment.

Little if any of all this has flowed into any wage increases for working people after years of economic recovery.

In a shocking recent report from the Social Security Administration which tracks net income after taxes, an astonishing 48% of all workers (including part-timers, students) take home $31,561 or less per year. These statistics make clear that enormous chunks of the workforce make a substandard wage, putting them at extreme risk of poverty if they face an unexpected financial problem. Overall, inflation-adjusted wages have remained stagnant since the mid-1970s while profits for the top 1% have exploded. Meanwhile, under the Trump tax cuts, the 60 wealthiest corporations paid $0 in taxes.

In an essay quoted in Bloomberg News in April, Ray Dalio, the former CEO of the hedge fund Bridgewater Associates, warned that the U.S. may be on the brink of social revolution: “Disparity in wealth, especially when accompanied by disparity in values, leads to increasing conflict and, in the government, that manifests itself in the form of populism of the left and populism of the right and often in revolutions.”

It is indeed hard to imagine what would follow another economic meltdown under the current conditions. The 2008 Great Recession triggered colossal movements in the U.S. and internationally as working people tried to fight back against the dictatorship of Wall Street (like the Arab Spring, Occupy Wall Street, and the 2011 public-sector workers’ revolt in Wisconsin).

The recent upsurge of strikes by workers across the U.S. as well as the huge increase in popularity for socialist ideas are preparing the ground for massive shifts in consciousness and show the need for a socialist program to end the nightmare of capitalism.