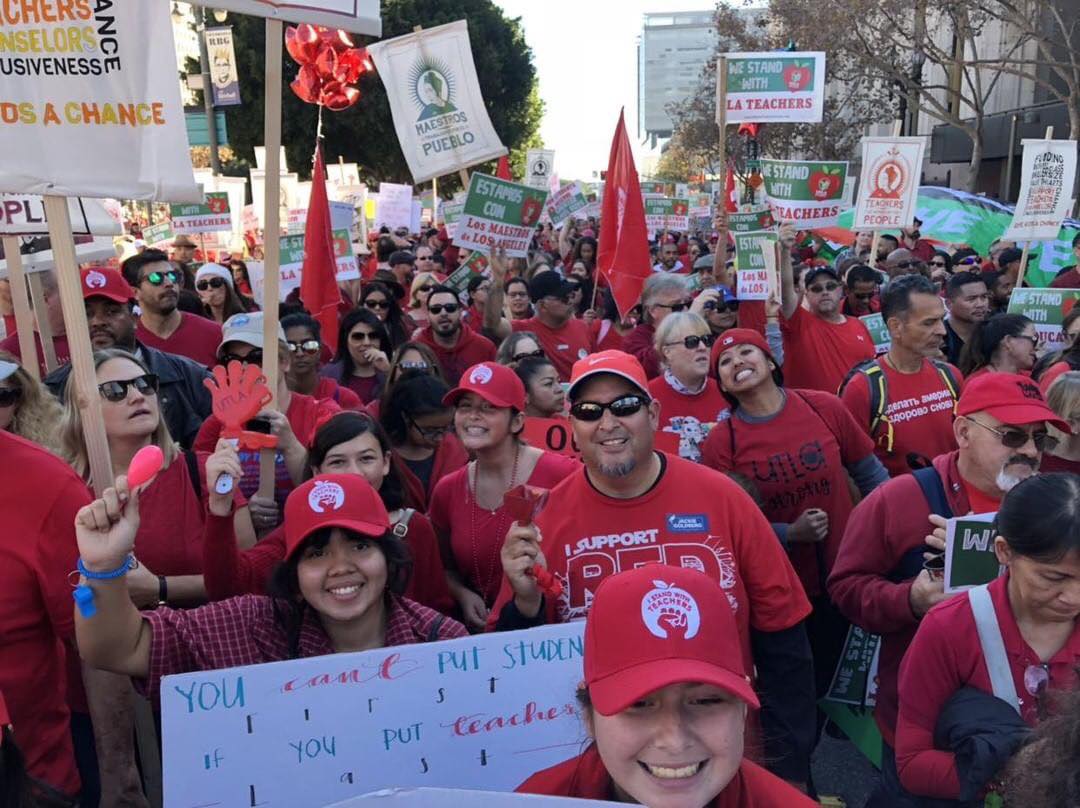 Following a march and rally of 40,000 on Saturday, December 15, the United Teachers of Los Angeles (UTLA) announced a strike date of January 10! If UTLA does strike it will be a major event for working people across the country as teachers are poised to shut down schools in the nation’s 2nd largest school district. Teachers everywhere would be encouraged to fight for smaller class sizes, funding for classrooms, and living wages in a continuation of the #RedForEd movement.

The mood at the rally was charged. Many teachers used the refrain “We don’t want to strike, but we will if we have to.”  This reflects an attempt to cut across the bosses’ narrative about greedy teachers. But this struggle is about so much more than a salary raise.

UTLA’s demands also include a check on the charter school system that drains $600 million annually from the Los Angeles United School District (LAUSD) in what amounts to a public-to-private giveaway. This sets up a battle for public education itself; a struggle of organized labor against privatization, neoliberalism, and the billionaire class.

To win such a battle, UTLA will need to draw the district’s broader working-class community into the struggle in an active way.  UTLA has done this with their demand to create a $1 million Immigrant Family Defense Fund to support students and their families affected by the activities of Immigration and Customs Enforcement (ICE) and other state institutions.

This is a huge step, but working people need more. Linking up with forces fighting for affordable housing and universal healthcare with a common call to tax the rich could also have a huge impact. LA is a massive economic hub with industries from shipping to entertainment making huge profits. A tax on the top 3% of companies in Los Angeles County would provide the revenue to implement these working-class demands.

Socialist Alternative will be there on the picket lines in solidarity beginning January 10. Let’s rebuild a fighting labor movement to win real gains for workers and to challenge the domination of the corporate elite. No to the City of Greed; Yes to the City We Need!