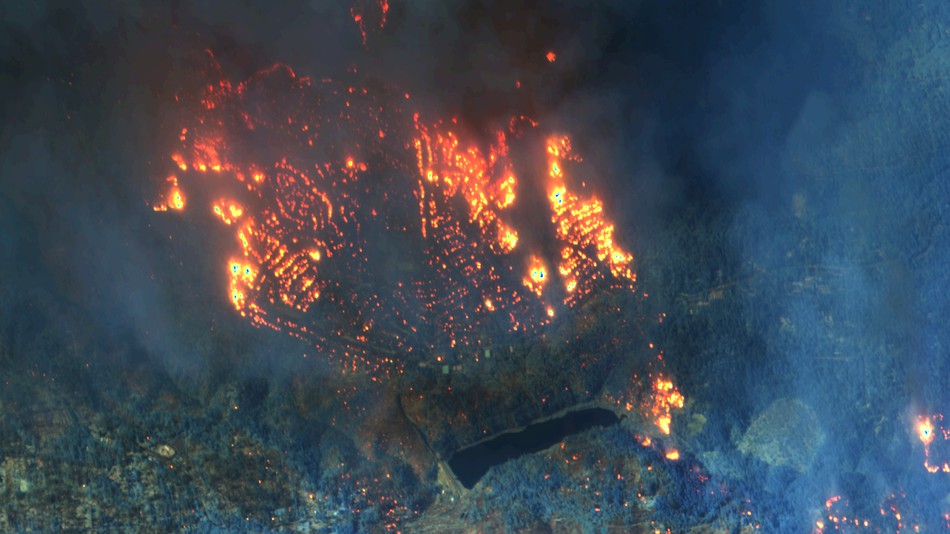 Both the Butte County Camp Fire, which killed more than 80 people and last year’s Tubbs fire, which killed 24 people, were likely sparked by Pacific Gas and Electric’s equipment. According to the California Department of Forestry and Fire Protection, PG&E was responsible for 12 separate wildfires in California in 2017. In this era of climate change, fast moving firestorms through parched wildlands are a serious danger to Californians in many regions of the state.

The California Public Utilities Commission that oversees PG&E has an ongoing investigation into the company’s long history of putting profits over safety. Peter Allen, administrative judge for the CPUC, has concerns that the company’s approach to safety is just “checking the box” and a “thin veneer” that looks good “but fails under stress.” Essentially PG&E continues to be more concerned with keeping their executives and major shareholders among the ranks of the 1%, than having a serious approach toward the safety of the people of California.

PG&E CEO Geisha Williams received a 106% pay hike to $8.6 million in direct compensation last year and the company’s President made $6.4 million. The utility is routinely the biggest spender on lobbying the state legislature, spending $8.8 million this year alone to promote its private interests.

PG&E executives have given absolutely no indication that they will do the right thing and plunge the millions of dollars that are necessary into repairs and upgrades at the cost of shareholder profits and executive salaries. Instead, we need to take PG&E into public ownership, democratically managed by its employees and customers.

A History of Damage

PG&E’s for-profit culture has a long history of doing harm to the people of the state. During the 1950s and ’60s the company dumped 370 million gallons of chromium 6 contaminated wastewater into the ground water of Hinkley, California, dramatized in the movie Erin Brockovich. It paid out $333 million to the cancer victims of the town. In 1997, PG&E was convicted of 739 counts of criminal negligence for failing to trim trees near power lines that resulted in the devastating Sierra wildfire.

In 2010, the San Bruno gas pipeline explosion in the heart of the Bay Area left 8 people dead, 100 homes flattened and PG&E was eventually charged with 12 criminal felony counts and paid  up to $1 billion in fines and compensation.

The human losses, the loss of people’s homes and belongings is only one side of the costs paid for the profit driven culture of the utility. As the company considers bankruptcy to avoid paying out for the current host of lawsuits pending against it, we are reminded of the cost of its previous filing for bankruptcy in 2001. The state and people of California, with the cooperation of the Democratic Governor, Gray Davis, paid $40 billion to keep PG&E afloat. This mammoth bailout resulted in what was only the second successful recall of a Governor in U.S. history. This bill and the accrued interest for it continues to be paid through higher utility rates for by the customers, overwhelmingly working class people.

But nothing has changed at the corporate helm.

A look at where PG&E spends its larger funds reflect its true commitments. When State Senate Bill 100 attempted to make California fossil-fuel free by 2045, PG&E joined the ranks of the oil companies and big agriculture to oppose the bill. PG&E has agreed that overhead electric cables contribute to fire safety problems, but the funds it earmarked for putting cables underground have often remained unspent. In the past 17 years the utility has left $246 million of its undergrounding funds untouched according to a CPUC investigation.

However, from the perspective of making money, PG&E gets top marks. In 2013 its gross income was $1.89 billion. By 2017 it had grown to $3.1 billion. Its major shareholders and its top executives have grown enormously wealthy. In a world of escalating inequality, PG&E is just another huge corporate machine that sucks up the resources, money and labor of working people and transforms it all into capital to be handed to California’s elite.

It does not have to be this way.

The generation and supply of electricity and gas is a necessary function for society. It needs to be operated safely, efficiently and maintaining the lowest cost to working people. PG&E has proven for decades that it is incapable of meeting these basic goals. The many, many CPUC investigations of the company keep finding systemic problems without naming its profit-driven culture as its fundamental problem. While Socialist Alternative is opposed to the monopoly that PG&E represents, we would oppose the breaking up of the company into baby-PG&Es as this would massively increase duplication, administration costs and would not address the core issue: the private ownership and control of the utility.

Utility companies have consistently under-invested in the country’s electric grid system. Like most existing infrastructure, it has been left to deteriorate to fund the continuous tax cuts and under-taxing of the 1%. With rising global temperatures, climate change-driven disasters will only further accelerate the damage done to working class people’s lives by infrastructure negligence.

Newly elected socialist congressperson Alexandria Ocasio-Cortez and the Sunrise movement’s demand for a 10-year Green New Deal have pointed a way forward for addressing the looming climate catastrophe. But the private ownership of energy companies will continue to undermine such a goal.

The Democratic Party has all but wiped out the Republican Party in California. It has a dramatic super majority in both state houses. We need a California Assembly person to propose a bill to bring PG&E into public ownership, under the democratic management and control of its customers, California’s working people, and its employees. Under such legislation the jobs of its 23,000 current employees should be protected and the workforce should be dramatically expanded to provide the unionized green jobs for transforming the current mess of electricity and gas distribution into a safer, more efficient and sustainable model of organization. Under such a nationalization of PG&E, shareholders should be compensated only based on their genuine needs.

Such a bill would only pass if the current disgust and anger at PG&E was galvanized into a living mass movement. The demand to end the private ownership of the utility could also encourage the dialogue in this country about taking dramatic action to combat climate change. Only on the basis of ending the profit-based market system and the socialist transformation of society can we begin to look forward to the future and begin to heal the deep scars that PG&E has inflicted on our state.