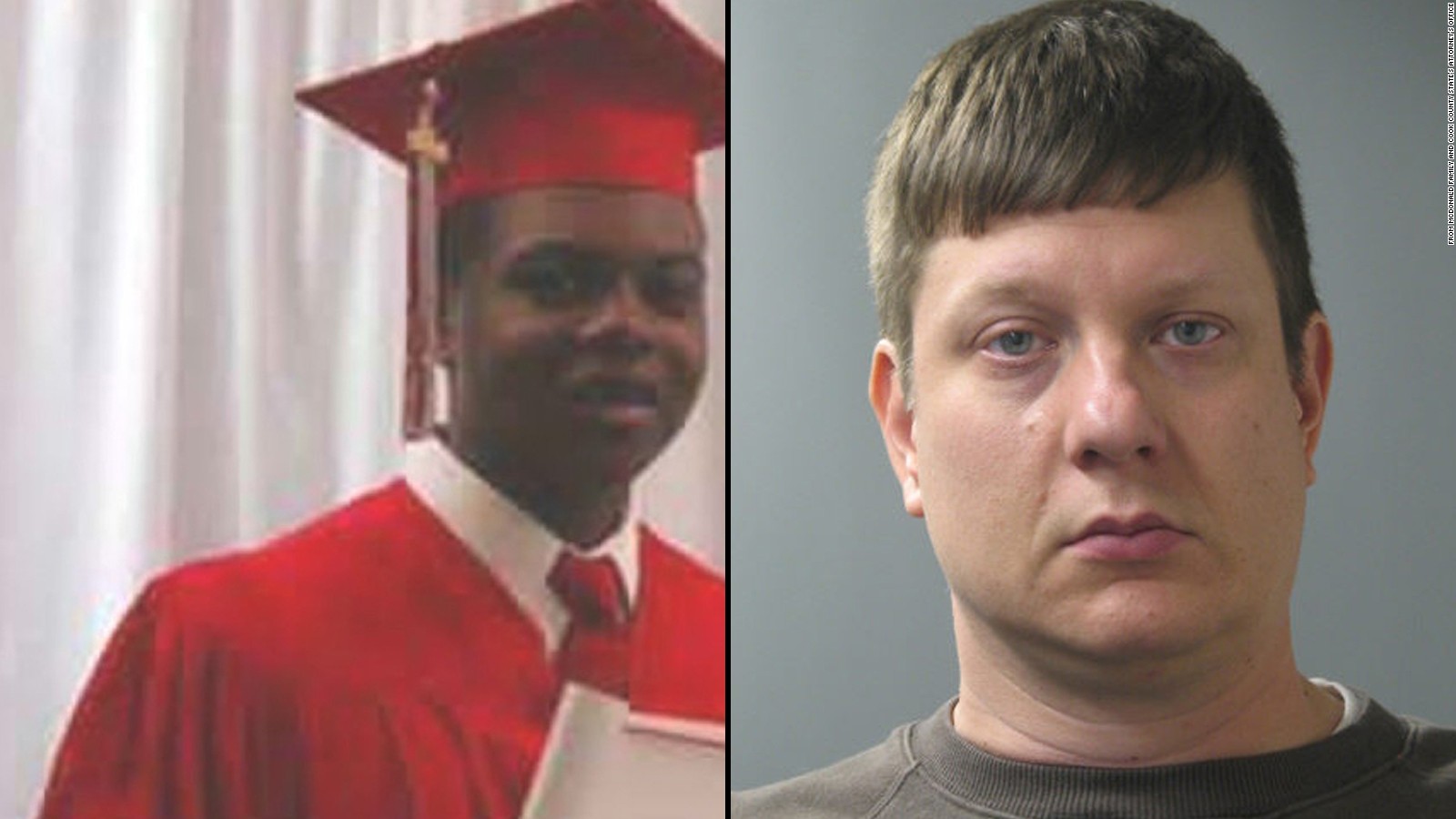 On October 5, 2018, a Chicago court convicted a police officer of murder. A jury found 20-year police veteran Jason Van Dyke, guilty of 2nd degree murder and 16 counts of aggravated battery for the 16 shots that killed teenager Laquan McDonald in 2014. Van Dyke’s conviction is a significant victory of the Black Lives Matter movement. However, the people who kept the video showing the killing under wraps for a year still need to be brought to account. This coverup orchestrated by key elements of the Chicago political establishment played a key role in allowing Rahm Emanuel, “Mayor 1%,” to be reelected in 2015.

There is still a real possibility that Van Dyke’s sentence will be unjustly short. His defense attorney has publicly said he expects his client to only get three years in prison for this vicious murder although the maximum sentence for the murder and the sixteen instances of aggravated battery would be 17 twenty year sentences. We need mass action to put pressure on this process, to make an example of Van Dyke; To put that into perspective Kalief Browder, a teenager, spent three years in New York City’s Rikers Island jail without trial for allegedly stealing a backpack..

Prior to Van Dyke’s conviction, almost 50 years have passed since a Chicago cop was convicted of murder, but this does not mean there has been a lack of abuse and police murders of working people. According to the Chicago Tribune, from 2011 to 2015,  2,623 bullets were fired by police in 435 shootings. About four out of every five people shot by police were African-American males. About half of the officers involved in shootings were African-American or Latino. The officers who fired weren’t rookies but, on average, had almost a decade of experience. Under the Obama administration, the Federal Department of Justice chastised Chicago police for their frequent trampling on civil rights.

Mass Pressure Got Us Here and Is Still Needed

Two courageous journalists, inspired by the Black Lives Matter movement, forced the release of the police dash cam video of the McDonald shooting. This sparked the 2015 Rahm Resign movement that brought down Chicago Police Chief Garry McCarthy, State’s Attorney for Cook County, Anita Alvarez, and most recently Mayor Rahm Emanuel himself who has declined to run for reelection.

The evidence against Van Dyke was damning, but without massive pressure, the system has a long history of letting police crimes go unpunished. From the acquittal of the cops who savagely beat Rodney King in L.A. over twenty years ago to the murder of Freddie Gray in Baltimore.

With recent examples from the social explosions in Ferguson and Baltimore, many downtown Chicago businesses shut down due to the fear the effect of a “not guilty” verdict. They feared that – unlike Black Friday 2015 when traditional civil rights organizations led a peaceful but massive protest that shut down the city’s most profitable shopping district – an acquittal could have resulted in far bigger and less restrained actions. In anticipation of the verdict, the city’s public schools closed early and canceled all weekend activities. The verdict also came two days before Chicago’s Bank of America Marathon which was intended to rival Boston’s as a tourist attraction.

This conviction is indeed a victory for those fighting to undermine police brutality, but it is not the end. Working people should use this momentum to build a mass movement against police violence and racism by demanding elected civilian review boards with the power to subpoena, investigate, and set policies for hiring and firing police.

This movement also needs to reckon with the complicated consciousness around the police in many Black and Latino communities. By one measure, a majority of Black Chicagoans who are registered voters, had a positive view of the police in the city.  Many communities dealing with severe crime and poverty see the police as a necessity to keep their community safe although police abuse is a daily reality. Therefore, it is not enough to simply build a mass movement against police violence and demand, as much of the left does, to “defund” the Chicago Police Department’s (CPD) enormously bloated budget. Rather, a successful movement  must squarely address the dangers that working people face in our city’s most severely oppressed neighborhoods and the desperate situation facing young people. This means fighting for jobs, affordable housing, quality education and an accountable community controlled police force.

This is not just about one rotten individual – CPD continues to terrorize Chicago neighborhoods and there was a conspiracy that went all the way to the mayor’s office to cover up Laquan McDonald’s murder. A demonstration calling for justice for Laquan needs to be organized before Van Dyke’s October 31 sentencing date. This should bring into question the role of the eight police officers who lied to cover up their colleague’s crime and the political establishment which colluded in the cover-up: Mayor Rahm Emanuel and 34 city aldermen voted to pay McDonald’s family $5 million to keep this crime hidden. These includes eight Black Democrats who between them received $300,000 in campaign donations from Rahm Emanuel.

We should use Black Friday 2018 to mark the victory with a mass demonstration. For the movement against police brutality to be effective, we need independent left challenges in 2019 to all the sitting aldermen. The Chicago Democratic machine, and its control over the black community, needs to be broken up for good. Challengers to the “Emanuel Eight” would need to differentiate themselves from Mayor 1%’s policies. They should demand taxing Lasalle St to create enough affordable housing to stop Chicago’s Black exodus instead of diverting money from schools and public services to the developers, as the system does currently.

Many people who attended the 2015 protests concluded that system change is needed – they are correct. We welcome the many activists who have taken pledges to move to unseat the incumbents. These campaigns can gain strength by campaigning together around a fighting program that includes rent control, taxing the rich, an elected civilian police review board, and a $15 minimum wage – to keep Chicago affordable and to make it safer for working people while taking on the systemic ways racism is perpetuated in society. Malcolm X’s words have to be taken to heart, “you can’t have capitalism without racism.” Enduring realities like these led Malcolm X to claim, “the system in this country cannot produce freedom for an Afro-American. It is impossible for this system, this economic system, this social system, this system period.”