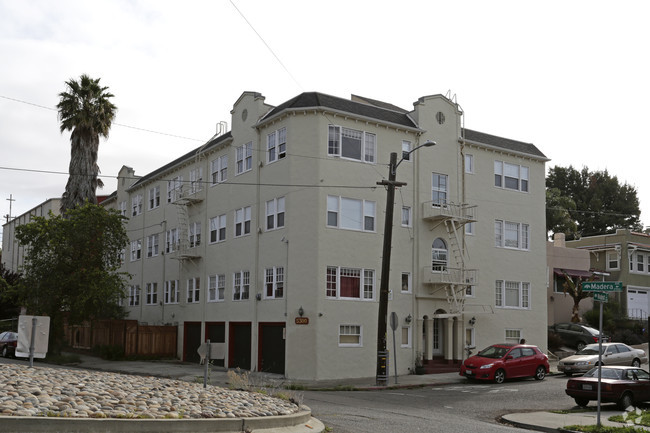 A united group of renters in Oakland, California and members of Socialist Alternative recently fought back and won against a wealthy Bay Area landlord, protecting the affordability of their rent-controlled homes and improving their living conditions with badly needed building repairs.

Oakland has become one of the most expensive places to live in the entire country, with market rents rising astronomically in recent years. Historically a working-class city and a center of black culture, Oakland’s long time residents and particularly people of color have increasingly been forced out. Rent control protects many working people, but Oakland’s rent regulations are riddled with legal loopholes that landlords use to push out long term tenants and make huge profits. Under pressure from tenants groups, the Oakland City Council has made some improvements for renters, but the response from government has been dramatically short of what is needed to solve the housing affordability crisis for workers and the poor, nearly 3,000 of whom are living in the streets according to a 2017 census.

Walnut Street Tenants and the Campaign For Renters Rights

This summer, the residents of an apartment building in East Oakland received legal notice from their landlord: their rent was going up more than allowed under the city’s rent control ordinance. The rent hike was legal however, under the pretext of “capital improvements” to the building. Renters are expected to give in or to take the issue to a Rent Board hearing where they are on the defensive and often legally outmatched. Tenants were particularly angered because the landlord had not addressed longstanding repairs and upkeep to the building. “When I got the letter, I thought, wow, this sucks. My neighbors happened to be outside talking about it,” Tracy Bassett, a tenant in the building, recalls. “That’s how I came to agreement with the other people in our building. Let’s contest it.” Another tenant, Kerstin Painter went door to door in the building asking about the notice and whether they wanted to organize in response. “I’m usually the wallflower, but I really had to step up because I had a lot to lose.” Painter started hosting tenants’ meetings in her apartment. After the tenants filed a petition to the Rent Board to protest the rent increase, they felt they needed to go further in their response.

Members of Socialist Alternative who are activists with The Campaign for Renters Rights (CRR) were invited to a tenants’ meeting. The CRR suggested that the tenants continue to meet weekly, agree on demands to the landlord, send the landlord their demands, and  hold a tenants’ potluck of all the renters, in front of the building as a show of solidarity. These ideas caught on with tenants, who wrote a strong letter demanding a withdrawal of the rent increase and a list of needed repairs with a hard deadline. Tenants went door-to-door, with a majority of the building’s tenants signing the letter and promising to escalate the struggle if the landlord didn’t respond.

The potluck was scheduled just before the Rent Board hearing. The tenants invited the landlord with the goal being to bring together as many of the tenants as possible, and present a united front. At the potluck the landlord attempted to appease tenants one on one, but at one point he was cornered by tenants and was forced to address their collective demands.

Shortly after the potluck, the tenants got word from the landlord: they’d won their demands! Rather than confront a united group of renters, the landlord agreed to drop the capital improvement rent increase and to start making immediate repairs to the building.

The tenants are staying organized to ensure all the repairs are completed. Painter is optimistic but wary. “The landlord is fixing things. I think people are still leery of him until it’s all done in a timely manner, fixed professionally and not just patched.” Another tenant, Luciana Miranda, expresses a similar sentiment. “He’s friendly but we have to tread carefully. I don’t want to believe that he’s two faced, but I wouldn’t put it past him.” The tenants are continuing to meet as a group to respond collectively to any new challenges that may arise.

The tenants’ struggle and victory has inspired them to keep fighting. Each of them feel an important change in mentality has occurred in their building. “As a community it made us stronger.” Bassett said. But each tenant also understands that their struggle is linked to the plight of working people everywhere. Painter acknowledges that “people are strapped by their economic situation, and are backed into a corner.” Miranda draws an important lesson from their victory: “Things seem really futile, but we do have strength and can come together as a collective. We can fight against adversity and unfairness. We can win.”

“Power Concedes Nothing Without Demand”

The fight of the Walnut Street Tenants shows how an organized group of working people can turn a defensive situation into a victory. Simply by coming together collectively, the tenants felt a growing confidence to fight. Specific tactics, from demand letters on up to rent strikes will depend on the conditions of each struggle, but the key is the collective power of people drawn together by significant demands that will improve their lives. Uniting this struggle and others like it is crucial to building a sustained mass movement for housing justice which can win strong rent control laws across the state, a ban on No Cause evictions, and the immediate development of permanently affordable housing for those with the greatest need: working people and the poor.

Housing developers, big landlords, and the real estate industry are reaping billions from the housing crisis, while the political establishment – exclusively Democrats in Oakland – refuse to propose any real solutions that would get in the way of the profit taking. Renters can win victories relying on their own collective strength.

Working people across California are demanding a huge expansion of rent control and eviction protections, starting with Proposition 10 on this November’s ballot to repeal the anti-renter “Costa-Hawkins” law. The market has utterly failed to provide decent housing for society. We need a building program of permanently affordable, publicly owned housing, paid for by taxing the billionaires, as an immediate measure to address the crisis. Ultimately, working class people need a socialist economic system with collective control of housing and other basic needs.