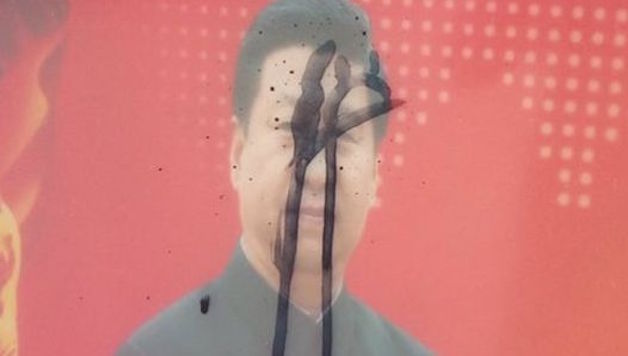 “How things have changed,” declared US-based scholar Minxin Pei. Pei was referring to the problems now confronting China’s strongman, Xi Jinping, who suddenly doesn’t look quite as strong any more. Pei is among a horde of overseas China watchers who have picked up on the same theme: signs that Xi’s seemingly impregnable hold on power has been undermined by a succession of challenges and crises.

There are signs of top-level disagreements over policy and, a rare occurrence since Xi took power, some have been aired publicly. The most important divisions are over how much stimulus to inject into China’s slowing economy and how to deal with US president Trump’s policy of ‘tariff terror’. Xi’s decision to anoint himself lifetime ruler in March looks more and more as though it will boomerang against him.

At the time of his virtually unanimous ‘coronation’ at the National People’s Congress, Xi seemed unassailable. Today, while Xi faces no organised or cohesive opposition – he has dispatched most of his rivals within the ruling elite – he is facing the most serious challenges of his six-year reign. Rather than explicit opposition, Xi has become more isolated. Fewer of China’s powerful regional barons are now singing his praises. Elite figures are discreetly distancing themselves from the “core leader”.

Mass protests have broken out on multiple fronts, something else that represents a sharp departure from Xi’s first years in power. These protests range from tens of thousands of investors in collapsed ‘P2P’ online credit platforms, to Hue Muslims in northwest China mounting a massive three-day sit-down protest against a proposed Mosque demolition, to a scandal involving defective vaccines which affected over 900,000 children. This was just the latest in a never-ending series of public health scandals in China. The vaccine scandal also throws the spotlight on Xi’s much hyped anti-corruption campaign, “the biggest in the history of the PRC (People’s Republic of China)”, which has changed very little for ordinary people.

Most significant of all has been the upturn in workers’ strikes, reaching a new level of organisation with the birth of coordinated “multi-province strikes”. While by no means the biggest of these struggles, the four-month struggle of Jasic Technology workers in Guangdong province to build an independent union, converging with a new wave of left-wing student activism, marks yet another crucial step forward for the fledgling workers’ movement.

With these events the ground has begun to shift under the feet of Xi’s regime. “People’s trust in the authorities has fallen to freezing point,” said Deng Yuwen in the Hong Kong-based South China Morning Post. He continued, “overall restlessness is appearing in society and people are crying out for changes to the system.” (SCMP, 15 August 2018)

As if to reassure the leadership of the ruling Chinese ‘Communist’ Party (CCP), the Post’s former editor-in-chief Wang Xiangwie declared, “Claims of instability are overblown but discontent is widespread.”

A similarly bleak assessment was offered by liberal scholar Xu Zhangrun of Tsinghua University in Beijing, in a widely shared open letter that is unusually daring in its criticism of Xi. “The recent Sino-American trade war has, in particular, revealed underlying weaknesses and the soft underbelly of the system,” he wrote. “People nationwide, including the entire bureaucratic elite, feel once more lost in uncertainty about the direction of the country and about their own personal security, and the rising anxiety has spread into a degree of panic throughout society.”

Xu’s letter went on to call for Xi’s abolition of presidential term limits to be reversed, and for the 1989 Tiananmen Square ‘incident’, i.e. massacre, to be re-evaluated.

In July, a potentially disastrous trade war erupted with the US. The trade war, which is actually more than a trade war, and marks the beginning of a geopolitical squaring off between the world’s two biggest imperialist powers, has acted as a catalyst to transform the political situation in China.

The Xi regime’s apparent lack of readiness in the face of the Trump administration’s aggressive position has caused an outbreak of doubts, insecurity and recriminations within China’s political and business elite. The blow this has dealt to the regime’s prestige and self-confidant image is a much bigger negative at this stage than the actual economic effects of the US tariffs, which in the short-term could be relatively limited. Escalation of the trade conflict, however, which looks increasingly possible, could inflict much more serious damage on China’s economy. This conflict is unlikely to be resolved quickly. It could drag on in different forms, with temporary agreements that break down and are followed by new hostilities.

Among layers of the population at large these events have dented the image of infallibility surrounding Xi, carefully built up by the regime’s propagandists. As if to confirm a pronounced shift in the public mood, the formerly deafening cult of personality around him has been lowered several decibels. Official Xi posters have been taken down in many cities and the relentless stream of hagiographic media articles has slowed. Propaganda officials, feeling the rise in public discontent, want to reduce the focus on the “core leader”.

The trade war and China’s domestic economic woes – a falling stock market and currency – have further fanned public disaffection which has been on the rise since the end of last year. Xi’s decision to abolish term limits and rule indefinitely has become a lightning rod for discontent. As we explained at the time this was a high stakes gamble by Xi. Contrary to its intended effects this has become a source of further political instability.

Although the regime’s problems were accumulating before the outbreak of the trade war in July, this dealt a further major blow to the authority of Xi and his coterie. Rather than projecting strength and resolution, as previously, the Xi regime’s reactions smacked of indecision and inertia. “China’s leaders looked paralysed in the face of Mr Trump’s attacks over trade” said The Economist magazine.

Credible reports say that Xi’s team were caught off guard, having misread Trump’s intentions and believing that the usual chequebook diplomacy – offering to buy more US imports – would enable them to avoid a conflict. Yu Yongding a leading economist at the Chinese Academy of Social Sciences, the leading government think-tank, conceded that “few people took this possibility [trade war] very seriously until July 6,” referring to when the first tranche of US tariffs were imposed.

This was a serious underestimation of the nature of the offensive launched by Washington, while it also has to be said that on the basis of capitalism and capitalist policies there is almost no strategy that would have enabled Beijing to avoid this conflict. It grows out of the contradictions of crisis-ridden global capitalism as well as the special crisis of US capitalism and the inevitability of imperialist conflicts in an era of crisis.

A big layer within the CCP are now blaming the regime’s triumphalism, over-the-top nationalism and assertive foreign policies such as the ‘Belt and Road Initiative’ and the military build-up in the South China Sea – policies that are unmistakably associated with Xi – for provoking a global backlash against China which includes Trump’s trade war. Like a Chinese version of Trump’s ‘Make America Great Again’ doctrine, these revanchist policies have been used by Xi to maintain support domestically.

“We should keep a low profile… The trade war has made China more humble,” says Wang Yiwei, the deputy director of the ‘Xi Jinping Thought’ centre at Renmin University in Beijing. Wang told Bloomberg that in his view the regime needed to “rethink” its Belt and Road ambitions. Similar ideas, harking back to Deng Xiaoping’s famous “hide your strength, bide your time” mantra, are now bandied about widely in state media. None other than the People’s Daily, the CCP’s main mouthpiece, recently warned against “boastful and arrogant” news coverage about China’s rise, its technological prowess, and overtaking the US.

The trade war with Trump is the first major international crisis on Xi’s watch. It has also become “the prism through which Xi’s perceived failings are best projected” according to a Bloomberg opinion piece.

But the trade war is not the end of Xi’s current woes. Firstly, China’s economy faces far stronger headwinds in the global economy, which go beyond the immediate trade disputes with Trump. The global capitalist crisis that began ten years ago continues to destabilise political systems and sharpen tensions between national capitalist states. The ‘Belt and Road Initiative’ is now facing a concerted pushback from above and below – from governments like the US, Japan, Australia, India and the EU, who fear losing political and economic influence in these countries, but also from public opinion and rival political factions in ‘BRI’ countries from Malaysia to Pakistan to Myanmar.

Secondly, what is now quite a dramatic slowdown in China’s economy began before the trade war. Growth is stuttering because of a credit squeeze created by Xi Jinping’s crackdown on “financial risk” which aims to bring runaway shadow banking under control. This policy, which began in 2017, has exposed just how dependent on debt the Chinese economy has become.

The government has now been forced to execute a partial switch towards stimulus, injecting more liquidity into the banks and pushing local governments to issue more bonds to finance new infrastructure. This is not on anything like the scale of previous stimulus packages however. “The government isn’t stepping on the accelerator. It is just lifting its foot off the brake slightly,” commented Tom Holland in the South China Morning Post.

There are several factors behind this attempt to implement two contradictory policies – stimulus and financial crackdown – at one and the same time. One factor is again the issue of Xi’s authority. “A u-turn now would be politically embarrassing” for the Chinese leader, Holland notes. A political struggle appears to be underway between those who favour more decisive stimulus measures and those who, with some justification, fear that the complete abandonment of Xi’s deleveraging campaign will increase the risks of a severe financial crisis in the years ahead.

But since 2008, as Societe Generale economist Wei Yao has pointed out, “China has had no economic recovery that wasn’t preceded by infrastructure stimulus.” Economists like Yao are not optimistic that the government’s current policies can stave off a much bigger slowdown in GDP in the coming year, especially if the trade war escalates.

Today, Xi’s regime projects an image of division and indecision also in the field of economic policy. China has indeed entered a “new era” this year, but not the one Xi boldly proclaimed at the 19th Congress of the ruling CCP almost one year ago. Xi’s ‘coronation’ and his grand projects are increasingly being exposed as yet more failed ‘solutions’ to the crisis of the CCP regime and Chinese society.

ABOUT US
Socialist Alternative is a national organization fighting in our workplaces, communities, and campuses against the exploitation and injustices people face every day. We are community activists fighting against budget cuts in public services; we are activists campaigning for a $15 an hour minimum wage and fighting, democratic unions; we are people of all colors speaking out against racism and attacks on immigrants, students organizing against tuition hikes and war, women and men fighting sexism and homophobia.
Contact us: info@socialistalternative.org
FOLLOW US
© Socialist Alternative 2019 | All rights reserved
32 Shares
Tweet
Share32