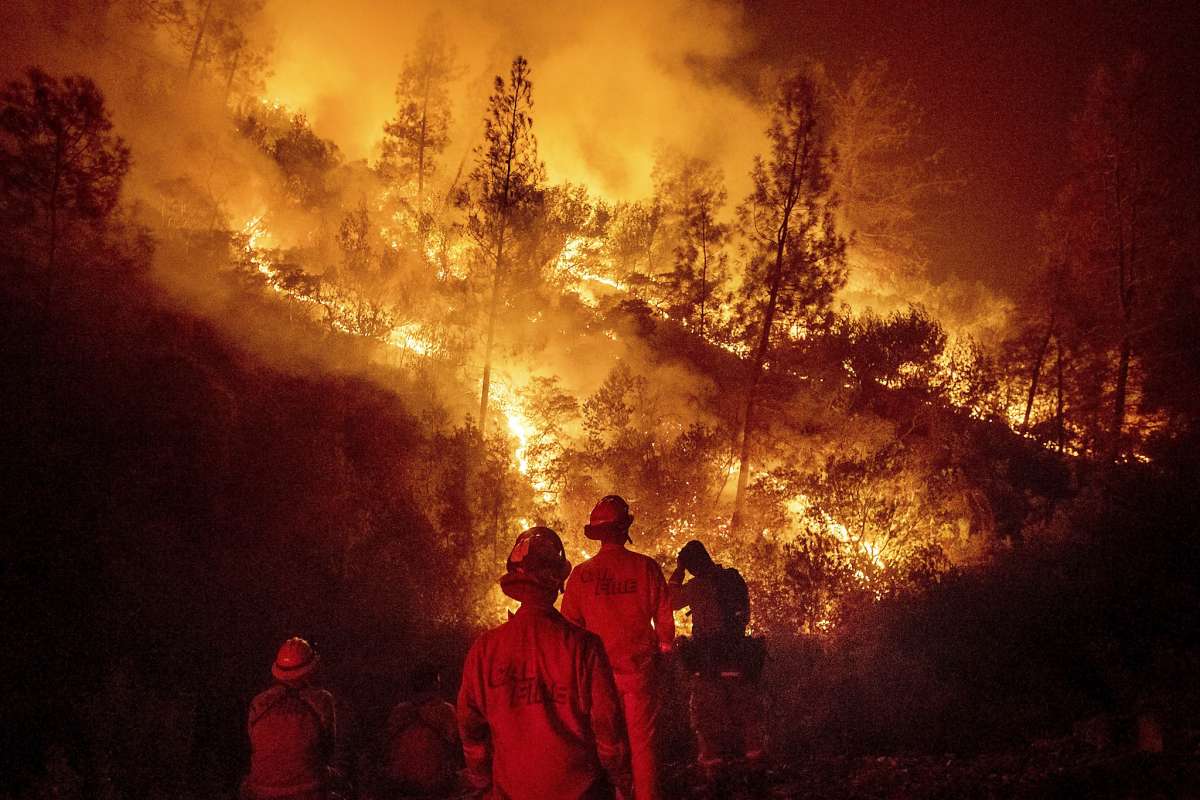 With over 400,000 acres burned since July, California is already having a record-breaking fire season. The Mendocino Complex Fire is the largest recorded fire in state history and is still expected to grow until September. The Carr Fire in Northern California has seen eight lives lost and over 1,000 structures destroyed. Statewide and beyond, air quality is dangerously poor. The smoke in the Central Valley that dominates the state has combined with smog to create conditions worse than in Beijing.

The Market’s Inability to Solve Problems

With 90 corporations contributing to 2/3 of man-made climate change, it cannot be denied that the profit-driven motives of the fossil fuel industry are at the root of this crisis. With corporations essentially in charge of energy policy, research into alternative forms of energy is stifled as profits in mining and fossil fuel extraction are so high. Capitalism and the “free market” are the real obstacles to ending or abating climate change.

History shows us however that corporations will not do the right thing if it interferes with their profits and therefore they won’t slow or stop their polluting ways without a mass movement demanding immediate action.

As the Trump administration looks to deregulating even the current weak environmental laws, California has an opportunity to depart from national policy. With a Democratic Party supermajority, the state could immediately stop granting permits for fracking and drilling and by invest in clean energy and green jobs.

Cal Fire has spent $125 million in the month of July to fight this record outbreak. This is more than a quarter of the entire fire budget, only one month into the fire season. Fire prevention budgets in years to come will need to be far higher. State resources must go toward an expansion of emergency services and personnel along with a mass green jobs program for energy and infrastructure improvement. The reliance on volunteers and prison labor must transition immediately into the creation of well-paid public sector union jobs with fair and decent hours.

To continue along this current path of climate change means a future with more intense and longer fire seasons, exacerbated by more frequent droughts. This leaves open the potential that Californians would spend summers on lockdown in our homes due to bad air quality. We need a movement to fight the fossil fuel industry, bring top polluters into public ownership as part of a rapid transition on a global scale towards an economy based on renewable energy. This will require moving towards democratic socialist planning of our resources here and internationally.

When the flames go out and the smoke clears, we must immediately begin to build a mass movement to take power out of the hands of the fossil fuel industry and put it into the hands of working people.