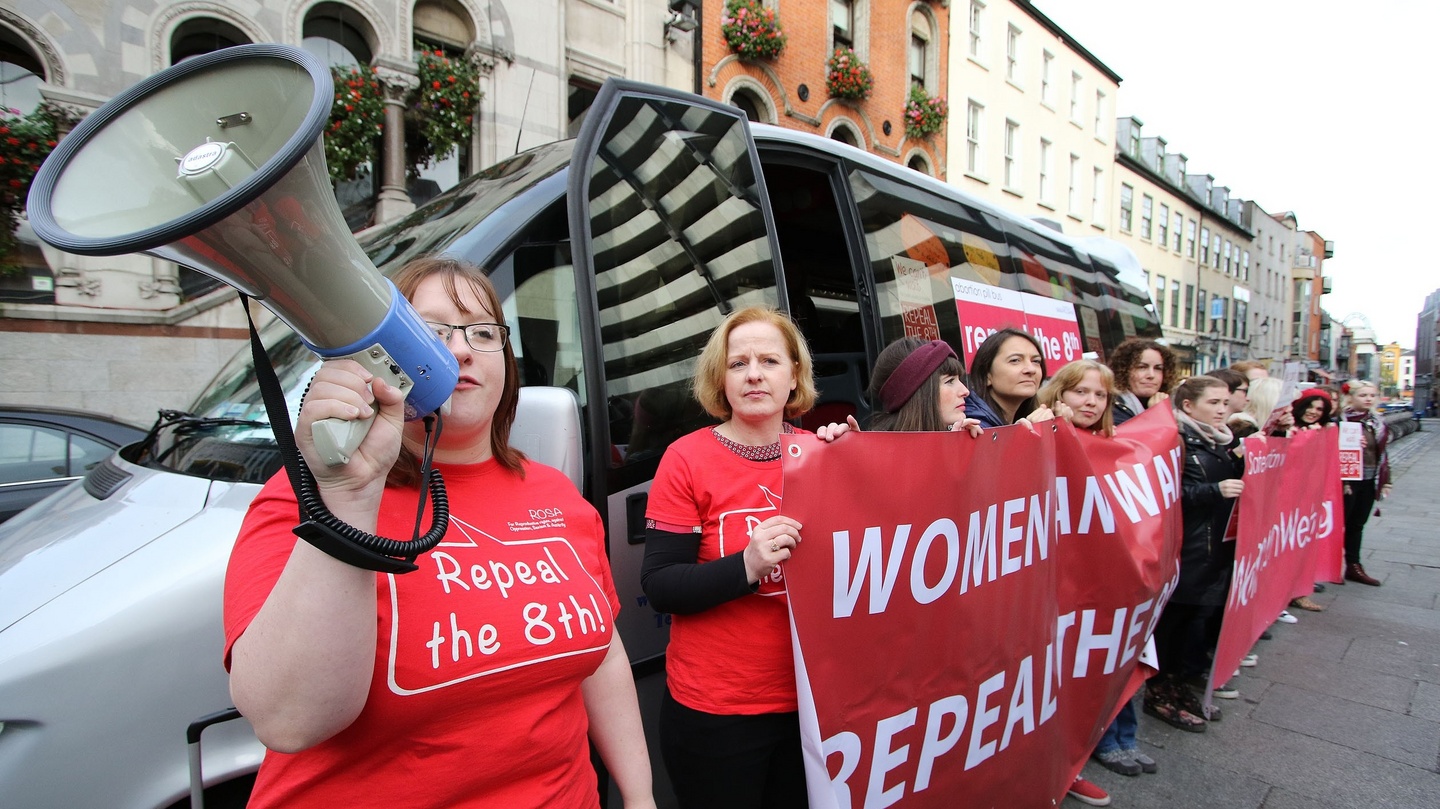 The past month and a half has seen titanic victories for the women’s movement globally. The repeal of the 8th amendment in Ireland ending the ban on abortion on May 25 sent shockwaves across the world, and weeks later a bill to legalize abortion in Argentina came one step closer to winning! These victories were won not by a bankrupt political establishment, but by the determined movements led by young women who refused to settle for anything less than autonomy over their own bodies.

The repeal movement in Ireland has been an ongoing struggle for decades that was reignited in 2012 with the death of Savita Halappanavar who was denied a life-saving abortion. Tens of thousands of people took to the streets to protest this horrific death and demand change from the lethargic Irish establishment.

Our sister organization, the Socialist Party, played a critical role in this movement alongside other activists. With three elected members of the Dáil (the Irish parliament) and strong roots in the youth and labor movements, we built a determined socialist-feminist wing of the broader movement organized under the banner ROSA (for Reproductive rights, against Oppression, Sexism, and Austerity).

The domination of the Catholic Church in Irish society has been on the wane for thirty years but the vote for marriage equality in 2015 and now the repeal of the 8th amendment represents a further and decisive shift. Young women and also young men are firmly demanding an end to institutionalized sexism in Irish society and want to go further in ending Catholic control of education and hospitals.

At the time of Savita Halappanavar’s death an abortion could only be granted if a doctor determined that there was a “real and substantial” risk to the life (but not the health) of the mother. The vast majority of hospitals are Catholic run and provide no clear medical guidelines as to how to interpret the law. The midwife told Savita and her husband that they could not receive an abortion because Ireland was “a Catholic country.” After developing severe sepsis, Savita died of a heart attack.

The mainstream pro-choice movement in Ireland responded by demanding legislation to clarify that an abortion should be granted when there is a risk to the life of the mother. The Socialist Party took a different position. Member of parliament Ruth Coppinger led the charge in demanding that what was truly needed was the immediate repeal of the 8th Amendment to be quickly followed by legislation that provides full abortion rights. These ideas were met with resounding support from young women who were enraged by Savita’s death and the inadequate response from mainstream organizations and political parties.

The Socialist Party’s tremendous use of our parliamentary seats and our roots in working class communities positioned us to play a decisive role in this movement. As socialists we also linked our fight for abortion rights to the fight for the right of working-class women and men to be able to have and raise children in a society free from poverty and inequality.

On May 25, the Irish people voted on the referendum to repeal the 8th Amendment and the results were decisive. 66.4% voted in favor of repeal in a truly mammoth victory for not only women in Ireland but the entire global women’s movement. Astoundingly, 90% of young women voted to repeal – a snapshot that demonstrates that the beating heart of this movement was young women who are ready to fight back. But it was working class areas that put this referendum over the top, as they had in the referendum on marriage equality in 2015, demonstrating that the working class is the most progressive force in society as Irish socialist James Connolly explained long ago. Now the fight for abortion rights continues in Northern Ireland where it is opposed both by Catholic and Protestant reactionaries.

The lessons from this victory – and the following victory in Argentina – will need to be learned by women and working class people all over the world to influence our struggles against sexism, oppression, and the rotten system of capitalism.

ABOUT US
Socialist Alternative is a national organization fighting in our workplaces, communities, and campuses against the exploitation and injustices people face every day. We are community activists fighting against budget cuts in public services; we are activists campaigning for a $15 an hour minimum wage and fighting, democratic unions; we are people of all colors speaking out against racism and attacks on immigrants, students organizing against tuition hikes and war, people of all genders fighting sexism and homophobia.
Contact us: info@socialistalternative.org
FOLLOW US
© Socialist Alternative 2020 | All rights reserved
2 Shares
Tweet
Share2