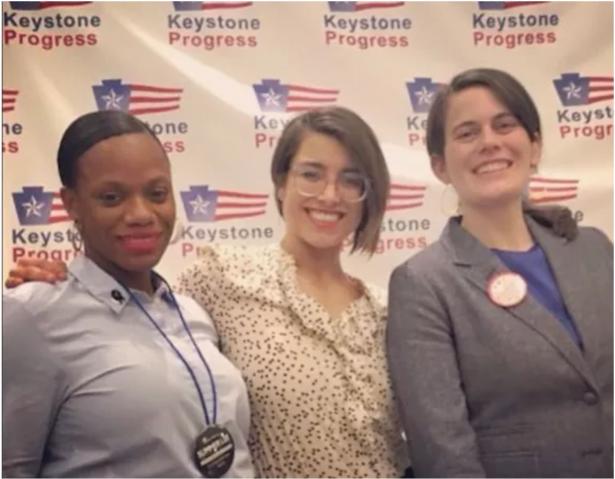 In a rebuke to the agenda of the corporate-controlled Democratic Party establishment, four progressive state representative candidates in Pennsylvania, all women, won primary elections on May 15. Most of them will almost certainly go on to win in November. The fact that they won by double digits on similar platforms of Medicare for All, a $15 an hour minimum wage, affordable housing, and ending mass incarceration shows that a bold progressive program – along the lines of Bernie Sanders campaign in 2016 – resonates among wide sections of working-class people. Significantly, all four of the candidates were endorsed by the Democratic Socialists of America (DSA). Three of the candidates, Elizabeth Fiedler, Sara Innamorato, and Summer Lee, are also members of DSA, whose membership has exploded to over 35,000 in the past year and a half.

Socialist Alternative is excited by these campaigns and the impact they have had on politics in Pennsylvania, which will now have socialists in its state legislature for the first time in many decades, and we congratulate DSA on their impressive work. Going forward, it is important to be sober about the fact that Harrisburg, the state capital, is hostile territory for working class people. Both the Republican and Democratic parties are dominated by big business donors who will fight tooth and nail to defend their interests. To fight this, it is necessary to link holding office to building movements in working class communities free of corporate control.

In particular, working within the framework of the Democratic Party leads to enormous pressures on public officials to accommodate themselves to the corporate wing of the party which controls it. History has shown that the question of the “ballot line” is far from an inconsequential one. Upon taking their seats in the legislature, the full weight of the Democratic establishment will be brought to bear with its intense pressures to adapt to what it finds suitable. Overcoming these pressures and actually winning key parts of the candidates’ platforms will require a mass movement and independent politics

DSA played a particularly critical role in the Pittsburgh-area campaigns for DSA members Sara Innamorato and Summer Lee, where the chapter now has over 500 members and a string of electoral successes over the past year behind them.

Innamorato and Lee both defeated members of the Costa dynasty, the cousins Dom and Paul Costa, who represent the most regressive wing of the corporate Democratic machine. In a spectacular display of fear of the challenge facing him, Dom Costa launched an effort in the last weeks of the campaign to have Republican voters write him in on the Republican primary ballot – which he narrowly lost by just 24 votes!

While Innamorato and Lee ran a grassroots campaign that took no corporate cash, like most Democratic politicians, the Costas received big business donations from the likes of the health care giant Highmark, business associations, and Verizon. Nevertheless, the DSA-backed candidates consistently raised as much or more than them from small donations, in a parallel to both the Bernie Sanders presidential campaign and Socialist Alternative member Ginger Jentzen’s recent independent city council campaign in Minneapolis. The campaigns in Pittsburgh engaged a large number of workers and young people, amassing an energetic army of volunteers and door-knockers. The campaigns also contributed to an excited political mood in the city, which was expressed in much higher turnout than is typical for a primary election, as well as a buzz and increased interest in socialism.

The Costas may now be gone, but the Democratic Party establishment which they represent and are supported by are still alive and well and have the Democratic Party apparatus at their disposal at every level of government. DSA and their candidates will need to use their new platform, organizing experience, and activist base to fight back against this and build a powerful working-class movement around a fighting program for single payer and a $15 minimum wage statewide in Pennsylvania and taxing big business to pay for affordable housing. Such a fight will meet stiff resistance at every step from the Democratic Party leadership to which organized strategies need to be developed. The success of Kshama Sawant as an independent in Seattle and the experience of Bernie’s sandbagging by the DNC in 2016 point toward the necessity of forming a new party by and for working people.

Throughout the campaign, DSA and their candidates found themselves subjected to red-baiting and other attacks in the media and elsewhere. We defend DSA against these attacks, and it is very significant that these were openly socialist campaigns by DSA members and heavily supported by the organization. However, while the socialist affiliation was never hidden and they did not reject the label, it was rarely emphasized either. Mailers from Innamorato, for instance, didn’t list endorsements from DSA among the other progressive organizations despite DSA being a core component of the campaign. Bernie Sanders and Kshama Sawant show that being an open socialist is not a barrier to popular appeal – this is the best defense against red baiting.

In Seattle, Socialist Alternative and our independent City Councilwoman, Kshama Sawant, have led a number of successful struggles, such as winning the first $15 an hour minimum wage in a major city. And earlier this month, our campaign to tax Amazon and big business to help fund affordable housing has won $50 million annually in critical funding. This was actively supported by Seattle DSA throughout. This victory is an important example of how socialists, housing activists, and working people can join together and win, offering a national precedent for how to fight back against Amazon and other corporations. This is especially true as Amazon sets its sights on a new city to build its second headquarters in, and both Philadelphia and Pittsburgh have been listed by the company as two of the 20 locations they are considering.

There are now huge opportunities in front of us to build a fundamentally new political force, in our view, a new left party based on a pro-working class program, that is fully equipped to fight the right and corporate domination over society. Running five to ten independent socialist campaigns around the country would be a big step forward in this direction. Winning real victories will require a mass movement in our communities and workplaces that goes beyond the ballot box with protests, nonviolent direct action, and strikes. The four victorious Pennsylvania candidates and other progressives like them around the country should use their new position of influence to help build those kinds of fighting movements around key parts of their program – this will mean clashes with the Democratic Party establishment. We look forward to continuing to work closely with DSA to build a powerful new socialist movement in the United States.