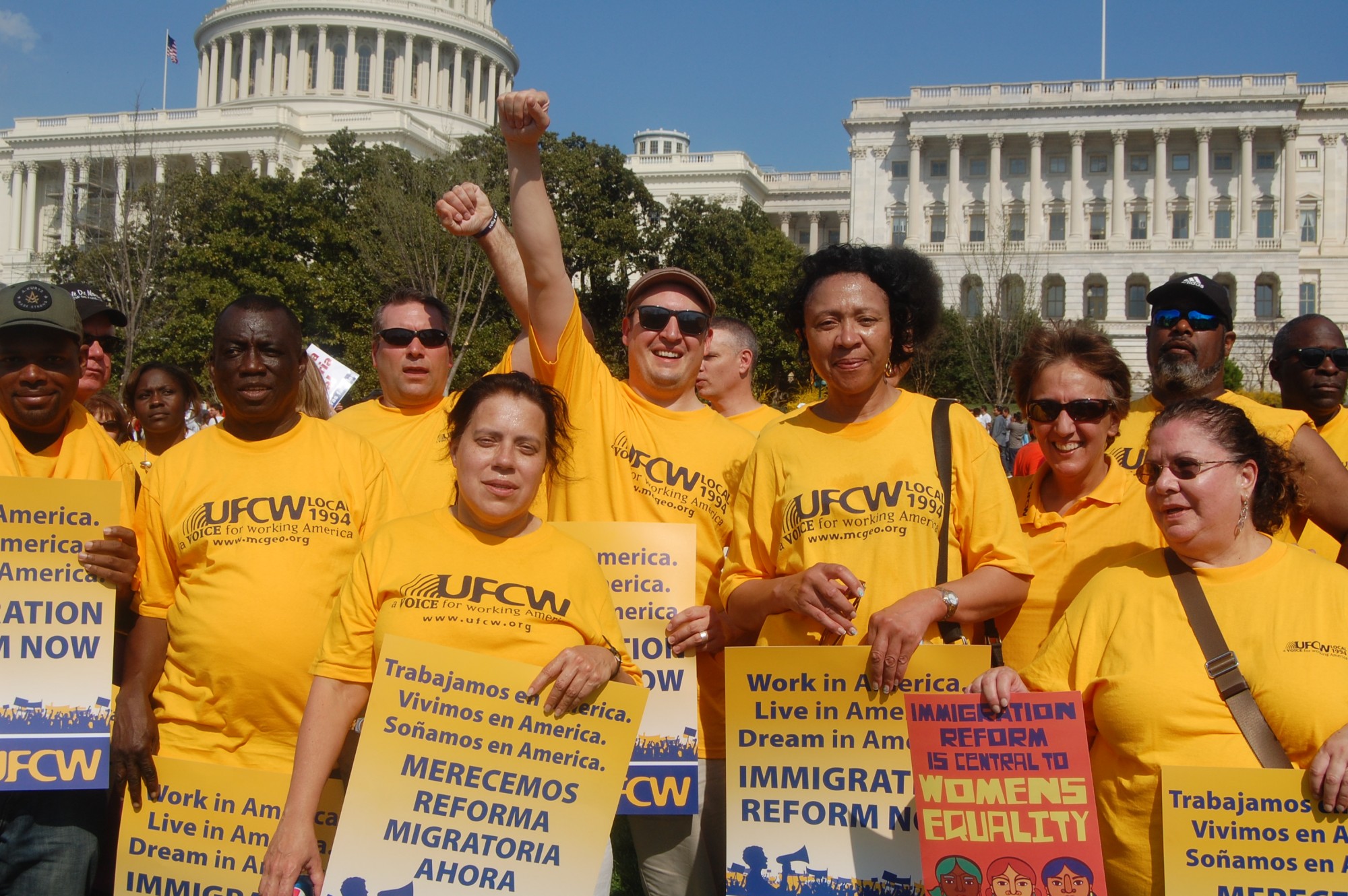 When Donald Trump was a candidate for president he made clear that undocumented immigrants would be a key target of his administration. He called immigrants from Mexico “rapists.” Since being elected he and his administration have let ICE off the leash, stepped up workplace raids and targeted leading immigrant activists for deportation.

He has created a climate of terror in immigrant communities unprecedented even during the height of mass deportations under Bush and Obama. People fear not just deportation but the horrific ICE jails where sexual abuse is rampant. This network of prisons is becoming America’s internal gulag. The Trump regime has even started to separate immigrant children from parents seeking asylum.

In a sick twist, Trump then pretended to be concerned about the fate of Dreamers, young immigrants who have never known another home, while cancelling the DACA program that protected them from deportation and allowed them to work and attend college legally. The program only continues because of a federal court order which might well be overturned by the Supreme Court.

Immigrants might have thought that the Democrats who denounce the president for his racist comments about “shit-hole countries” in Africa and talk about “resistance” might stand up for immigrants. And indeed the base of the party and many of its elected officials genuinely want to defend immigrants. But the party’s leadership, completely beholden to corporate interests, refuses to organize mass struggle on any issue. They briefly used their leverage in budget negotiations and shut down the government over DACA. But then they caved based on a hollow promise from the Republicans to debate immigration reform.

Who should the immigrant population turn to? This is a critical question to ask on May Day which was revived as a day of struggle in the U.S. after the mass movement of immigrants in 2006. Historically it is the international day of working-class solidarity which originated in the U.S. in the 1880s during the fight for the eight-hour day.

The immigrant population is overwhelmingly working class, doing many of the toughest, dirtiest jobs in the country for very low pay. The corporate elite are overwhelmingly in favor of a greater level of immigration. But they want to keep the immigrant population as a super-exploited workforce with few rights and use them to depress the overall level of wages. The ruling class constantly seeks to keep working people divided.

But, as Kshama Sawant Seattle’s socialist councilmember pointed out last May Day, “If all workers living in the U.S. were granted full legal and citizenship rights, then it would make it harder for employers to use fear to drive down wages and benefits. With the threat of deportation lifted, all workers would be stronger together in demanding better jobs, social services, and democratic rights.”

It is not only the duty of the labor movement to stand in solidarity with immigrant workers, it is in fact a critical piece of rebuilding a fighting labor movement in the U.S. In the past few months, the revolt of the teachers in Republican-dominated states – where the attacks on public education had gone furthest – have graphically demonstrated the collective power of working people. They have successfully appealed to the broader working class for support and won real gains. The mass movement of high school students against gun violence has also shown the power of solidarity and put the reactionary NRA on the defensive. The emerging mass women’s movement has pointed toward the need for working people to stand together against all forms of harassment on the job. We need to unite all these struggles into a mighty force that brings down Trump and defeats the Republican agenda.

The old slogan of the labor movement “an injury to one is an injury to all” is more important than ever. We need to build a mass movement and a political force of working people around a set of demands that speak to our interests. This is what Bernie Sanders started to do in 2016 when he called for a “political revolution against the billionaire class.” But tragically he did not continue his campaign as an independent after the Democratic establishment rigged the primary. We need to learn the lessons and start laying the basis for a new political force completely independent of corporate money.

We also need to look beyond this system. The popularity of socialism as an alternative continues to grow especially among young people. Capitalism has long ago exhausted its potential to move humanity forward. Now, it offers only more inequality, racial and gender oppression, war, and environmental catastrophe. The working class internationally is the force that can unite all the oppressed into a mighty force to end this nightmare and build a new world based on solidarity and democratic socialism.