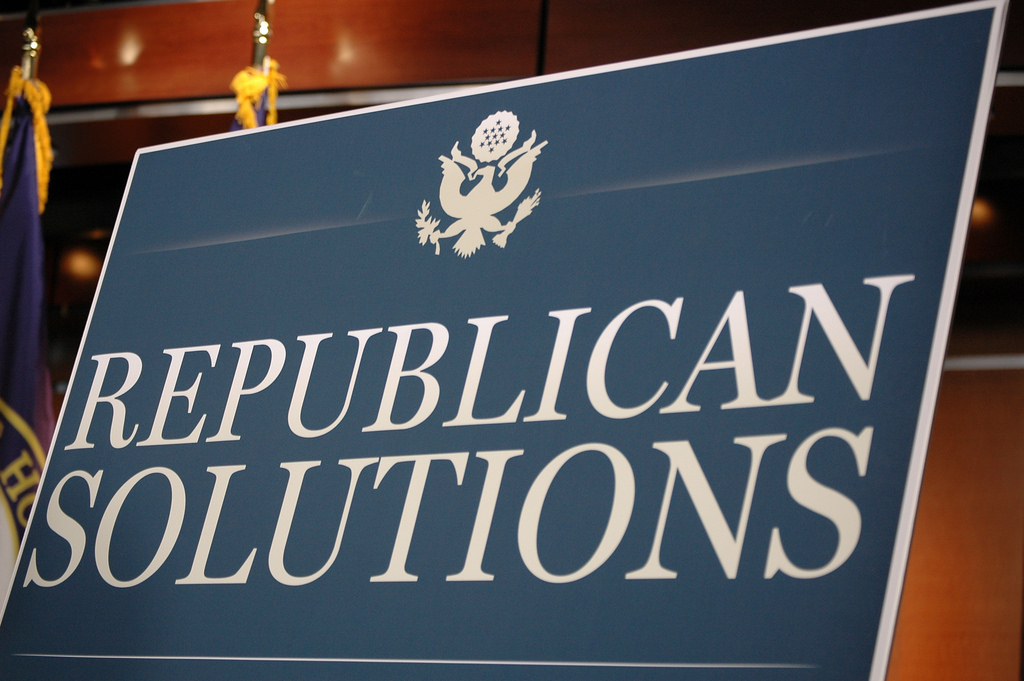 To hear Donald Trump and the GOP leadership talk, you would think the biggest corporations in the U.S. along with the wealthiest families, are cash strapped and in need of a massive shot in the arm – in the form of a multi-trillion dollar tax cut. Trump promised this tax cut “will be the biggest in the history of our country!” at a price tag of $2.4 trillion. According to tax policy expert David Cay Johnston, up to two-thirds of the cuts will go to the top 1% – the wealthiest families and corporations.

The plan will reduce the corporate tax rate from 35% to 20%. Given how low the effective rate is, this would make them pay next to nothing in federal income taxes. It would eliminate the estate tax, which only applies to the richest households (on estates worth $5.5 million for individuals and $11 million for couples). Further, according to DCReport.org “the top tax rate on partnerships and limited liability companies [also known as pass-through entities] would fall from 39.6% to 25%. Trump has more than 500 such businesses.”

Another major piece of the goodies for the wealthiest corporations is a massive reduction in the repatriation tax. This will see the rate at which capital previously sheltered overseas is taxed when brought back into the U.S. drop from 35% to 12%. This is nothing but a gift to parasitic overseas tax havens. A look at how much money is hidden in these tax havens, based on the expose of the “Paradise Papers,” shows you how much of a theft from the working class and poor it really is.  All this profit, this hidden wealth that the rich feel they can sequester, is created by the blood, sweat and tears of working people.

The drastic reduction in the tax on repatriation is also likely to set off a global tax war. Countries where this capital is currently parked will be intensely pressured to reduce their own tax rate steeply: a win-win for multinational corporations and a lose-lose for the workers and poor of the world.

The tax plan is also billed as “tax reform,” a simplification of the tax code, a long-time talking point of conservative tax policy. It involves collapsing the personal income tax brackets into just 4 levels from 7, which includes raising the bottom rate from 10 to 12%, reducing the top rate from 39% to 35% as well as raising the income threshold at which the top rate would begin to apply. So it’s actually raising taxes on the poor while reducing taxes on the rich. CNBC reports that, by 2019, 9 percent of taxpayers would pay higher taxes, which would expand to 50 percent by 2027. And that’s not even counting the cuts to vital social services that will be used to fund the tax cuts.

There is no way to interpret what the GOP and Trump are proposing other than naked, arrogant and shameless class warfare from the top. It’s another massive transfer of wealth from the poor and working people to the wealthiest, especially the few hundred families that will gain the lion’s share of loot from this tax bill. It seems nothing will ever be enough for them. Nothing will ever satisfy their voracious parasitic leeching of the lifeblood of all of society.

We’re in a time where U.S. corporate profits are at historic highs. CNBC reported on May 12 this year that “about 72 percent [of S&P 500 firms] have topped Wall Street estimates” in profits earnings. Moreover, some 20 top U.S. companies made $3.2 trillion in total revenue in 2016 and only paid $108 billion in federal taxes – just a little over 3% (Source: Forbes’ America’s Largest Companies List). So why do they need more?

Further, some $1.5 trillion of the GOP tax plan will be deficit financed. What rank hypocrisy! The rightwing are deficit hawks only when it comes to spending and social services for poor and working class people, often using coded racialized language to sell their austerity plans. Yet when it comes to facilitating a historic heist of the treasury in favor of the donor class, concern about deficits are tossed out the window. They also have no problem with the idea of making the bloated military budget even bigger.

But it is precisely through deep cuts to social spending that the GOP plan to plug the budget hole in the future – The Intercept reports the plan would “lead to a $1 trillion cut to Medicaid and $473 billion cut to Medicare over the next decade, along with slashing other programs low-income individuals rely on, according to a new report prepared by the Senate Budget Committee minority staff.

The fate of the Tax bill is far from certain. There is intense pressure to pass it as Republicans are in desperate need to pass major legislation going into 2018 midterms, having failed to do so for nine months despite controlling both houses of Congress and the presidency. However, there is a segment of GOP politicians worried about the optics of this bill as Robin Hood in reverse. There are also the GOP Senators and house Republicans from higher tax blue states where the tax plan’s elimination of the deduction for state and local income taxes presents a problem. Then there’s the billionaire donor class. The Koch brothers represent a wing that wants a historic tax cut victory and is willing to compromise to make it more palatable. On the other hand, the Mercers, a Trump backing New York billionaire family leads a group of particularly rapacious capitalists that want to absolutely slash and burn the social safety net and make a killing on tax savings along the way.

On November 16, the tax plan went through the House, but it’s less certain that it will make it through the Senate. An article in Newsweek points to seven Senate Republicans who could possibly derail the tax plan. But we can’t be complacent. Despite this uncertainty, as during the Trumpcare fight, it is too dangerous to rely on a GOP civil war for this to fail. There needs to be mass public fightback led by labor and community groups fighting to not just reject the Trump/GOP Tax Plan, but to demand a massive increase in taxes on the super rich and corporations.

How About Taxing The Rich?

The grand justification for all of this of course is the tired old “trickle-down economics” dating back to the Reagan era. We are told businesses and capital rich individuals aren’t investing in the economy because of high taxes. However the Bush tax cuts of the early 2000’s didn’t lead to a big increase in investment. In fact this was a few short years before the Great Recession of 2008. The Tax Policy Center’s Howard Gleckman has said, “while the Framework’s tax rate cuts would generate new economic activity at first, those growth effects would be washed out in a few years by the effects of higher budget deficits. Because the federal government would have to borrow more to finance the tax cuts, less money would be available for private investment.”

The fact that corporate profits are at historic highs and the income of the top 1%, especially the top .01%, have risen to stratospheric levels while paying among the lowest effective tax rates in the world, makes this jobs and investment justification laughable. The reason these capitalists aren’t investing is because they’ve spent decades decimating the spending power of the working class in the form of wages and benefits. Now they can’t get people to buy up all their products.

In fact there should be massive increases in taxes on the super rich, the banks, and the Fortune 500 companies. We’ve spent years bailing them out for no real return on investment for the vast majority of ordinary people. We can use the increased revenue for a massive new green jobs program, plugging up all the state and local deficits currently causing deep cuts to social programs and to pay for free high quality public higher education and childcare services.

Any party worth its salt as defender of the 99% would be fighting loud and clear for these demands. Yet all the corporate controlled Democratic Party leadership can manage to do is say how bad the GOP tax plan is and commit to voting against it. That’s not enough. This tax plan is deeply unpopular. They could mobilize mass public opinion against it as a sharp warning for the political future of the GOP. But they refuse to do that because those mobilized will likely go beyond the program the Democratic leadership will accept and it would also bite the hand of the donor class that feeds the Democratic Party establishment as well.

The role of the Democratic Party was revealed earlier in the budget discussions, which saw a $696.5 billion defense bill supported by 60% of House Democrats, and all but four Democratic Senators. Forbes reports that this defense spending is in excess of what Trump himself proposed. Meanwhile The Intercept reports that the money spent on this plan alone could could fund free public college, a campaign proposal of Bernie Sanders that the Democratic Party establishment notoriously dismissed as “pie in the sky.”

While taxing the rich is a first step it is not enough. As long as the wealth is controlled by the top 1% and capitalist class, they will find ways to horde as much of their wealth as possible and their system will be a source of interminable economic and social crises. We need to fight for a socialist society in which the top banks and corporations are taken into public ownership under direct democratic control of workers, consumers and broader public. Only then can we guarantee that these massive profits currently shielded from the treasuries of capitalist governments, are used for full public investment in jobs and social services.