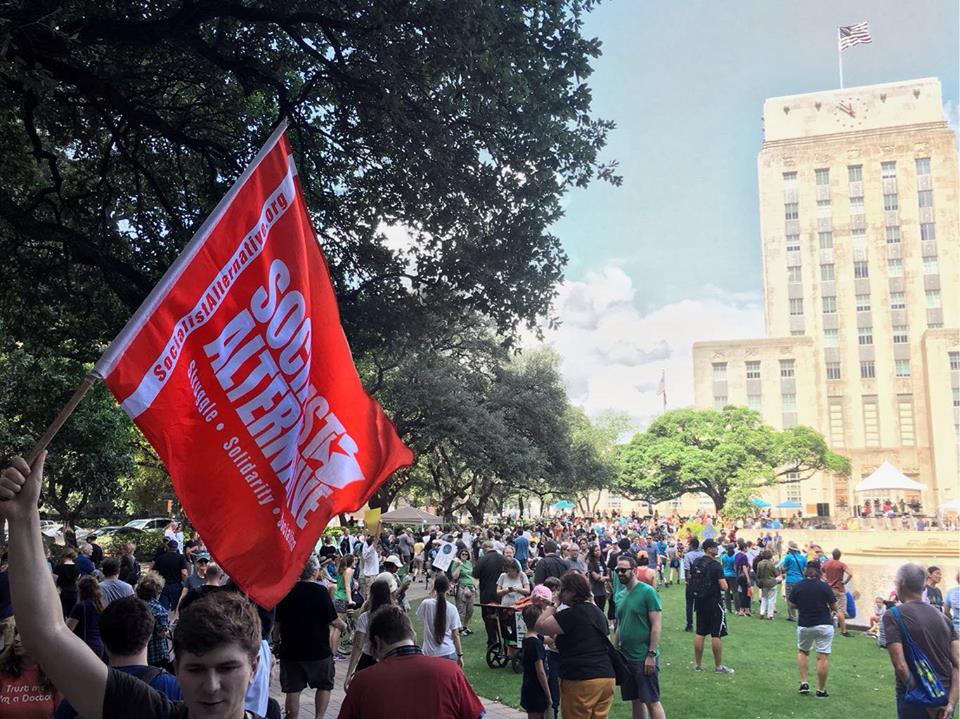 Donald Trump and the Republicans’ “health care” bill is a vicious attack on women, the elderly, the poor, the sick, the disabled, and children. If passed, it will rip Medicaid health insurance away from 22 million Americans to provide a massive tax cut for corporations and the wealthiest 400 households. It would represent one of the largest transfers of wealth from the working class to the 1% in decades.

The Republicans are determined to pass this legislation, and the Democrats don’t have enough seats in Congress to block it. It’s up to ordinary working people to stop this bill.

This is the livestream video of supporters of Socialist Alternative occupying Senator Ted Cruz’s office in Houston, Texas to demand that he withdraw his support for Trumpcare. We are demanding a “Medicare for All” single-payer system instead that would provide health care for all!