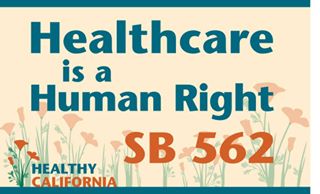 The defeat of Trumpcare was a devastating blow to the Republicans who have been on an anti-Obamacare tirade the past seven years, promising to repeal it as soon as the opportunity presented itself. The Trump era is that opportunity, but despite having control over the House, Senate, and White House, the Republican-backed bill could not get past its own party.

The battle over Trumpcare, the mass health care rallies organized by Bernie Sanders, and the growing debate around the need for affordable, high quality health care has led to the highest ever levels of support for a single-payer system. Working people know that they deserve something better, and 60% of Americans now support single-payer.

The discussion has exposed the reality that while a large majority firmly rejected Trumpcare, most are also unsatisfied with the status quo of the Affordable Care Act (ACA). While the expansion of Medicaid was a real step forward, for people in the insurance exchanges, the experience was not so good. Like a hospital gown that barely keeps you covered, the ACA leaves you exposed when and where you really need it. Skyrocketing premiums, high copayments and deductibles force many to decide between medical bills and food, while leaving 27 million uninsured.

The bill has come about as the culmination of grassroots activism, and would create a state run agency to guarantee health care for all residents, while eliminating premiums, copays, deductibles, coinsurance, and regulate cost controls. Unfortunately, California Governor Jerry Brown does not support single-payer, and the opposition of corporate Democratic leaders is a major obstacle to SB 562 going forward.

The struggle for truly affordable and universal health care will require building a powerful movement prepared to stand up to the wealthy insurance and pharmaceutical lobbies, for whom single-payer is a hostile attack on their profits. But the fight for single-payer also provides an opportunity, because it can unite working class people around a demand that can make a fundamental difference in their lives – undermining support for both the vicious Republican agenda and corporate Democratic politics, while beginning to build a working-class political alternative, independent of corporate money and power.