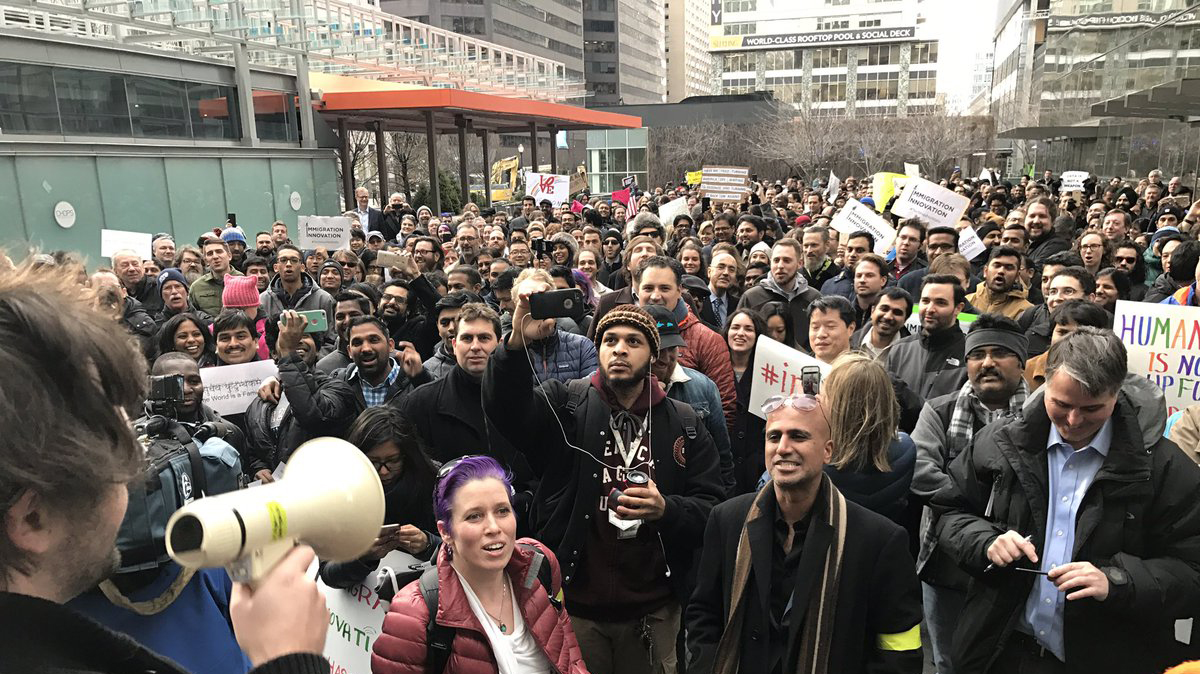 Hundreds of Philadelphia Comcast workers left their workplace at 2pm on February 2, to rally for an hour in protest of President Trump’s ban on immigration from seven majority Muslim countries. Workers marched south several blocks from the Comcast Center to rally at Dilworth Plaza.

The protest was coordinated with simultaneous events in New York, Washington D.C., and Sunnyvale, CA. Comcast did not endorse the action, but management was aware and largely supportive. Several top-level executives participated and employees did not lose pay for the hour spent at the protest. A Comcast spokesman likened the hour of protest to the paid time employees would receive for a doctor’s visit, and stated the company would treat a Trump protest the same way. 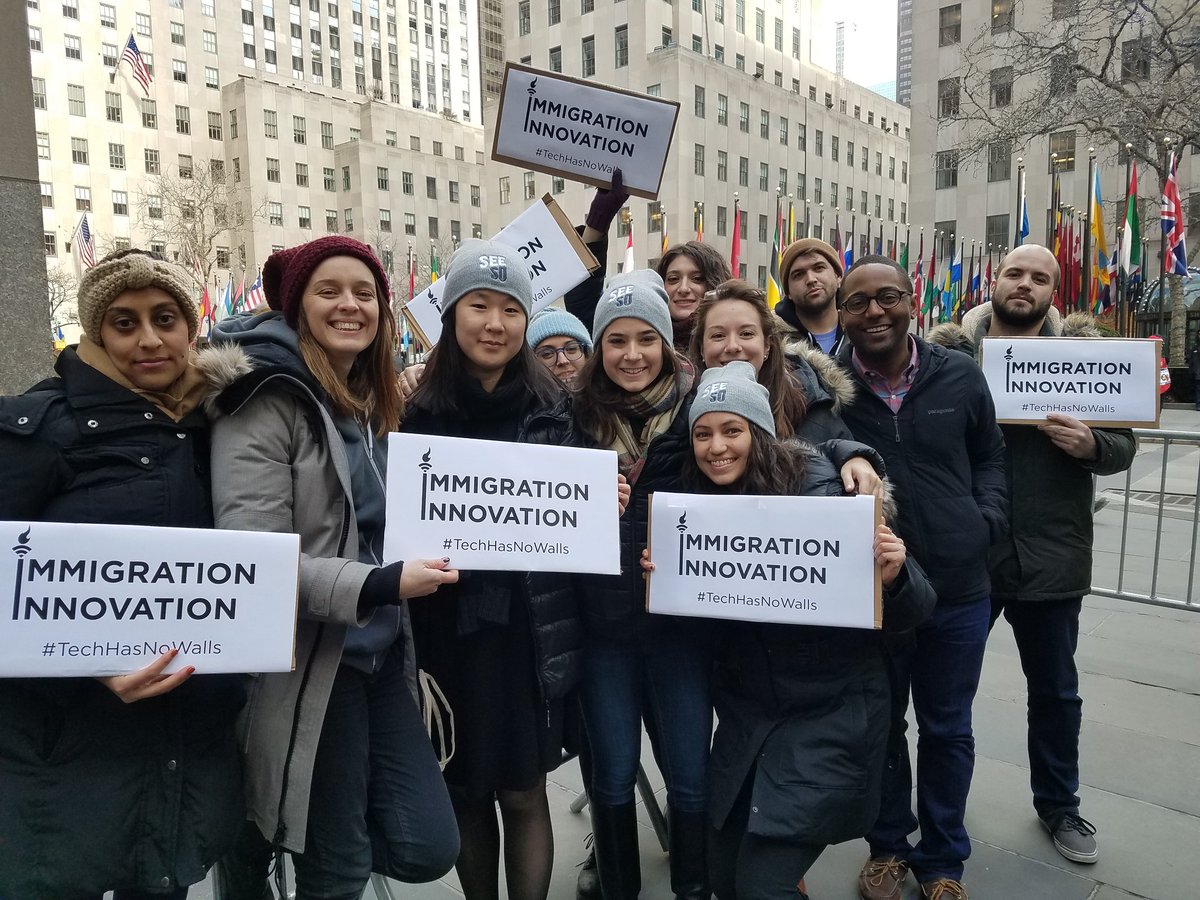 The message of the rally emphasized the positive impact immigrants have had on the United States, and in particular, on American business. Chants included “Diversity! Unity! We are one community!”; “Love, not hate is what makes this country great!”’; and “Immigration! Innovation!” The latter was also a popularly reproduced sign.

While this action was not a true walk-out, it represents a rising consciousness of workers to organize and take action. It helps set a precedent for self-organizing around political issues and in solidarity against attacks on one section of workers. Workers at Comcast and other workplaces should build on this example, organizing future political walkouts and assembling contingents to join up with larger protests as well. The protests and strikes on May Day will be larger scale actions to organize for and join. However, when protest messaging begins to contradict corporate politics, employees cannot expect the passive support of management. Unionized workers should put forth resolutions to mobilize for May Day action at meetings. The limitations that come with a defensive and timid union strategy of collaboration will be exposed on a larger scale and with greater frequency in the Trump era with more brutal anti-worker attacks coming down the pike.

Comcast workers are not alone in their resistance to the travel ban; the Democratic establishment have been glad to heroically bare their teeth as well, because this fight posed no risk to their pro-corporate interests, but it was mainly protests of working people across the country, and particularly mass civil disobedience at airports that defeated the ban. Comcast workers, and all working people, need candidates and a party that are 100% against Trump and the Billionaire Class and that don’t take funding from the bosses. We need an alternative to the two-party system to unite the resistance to Trump and the travel ban with struggles for workers’ rights, a federal $15 minimum wage, and climate justice. We need to escalate the fight against Trump’s agenda and organize with each other for grassroots power.

Socialists and the Covid-19 Pandemic