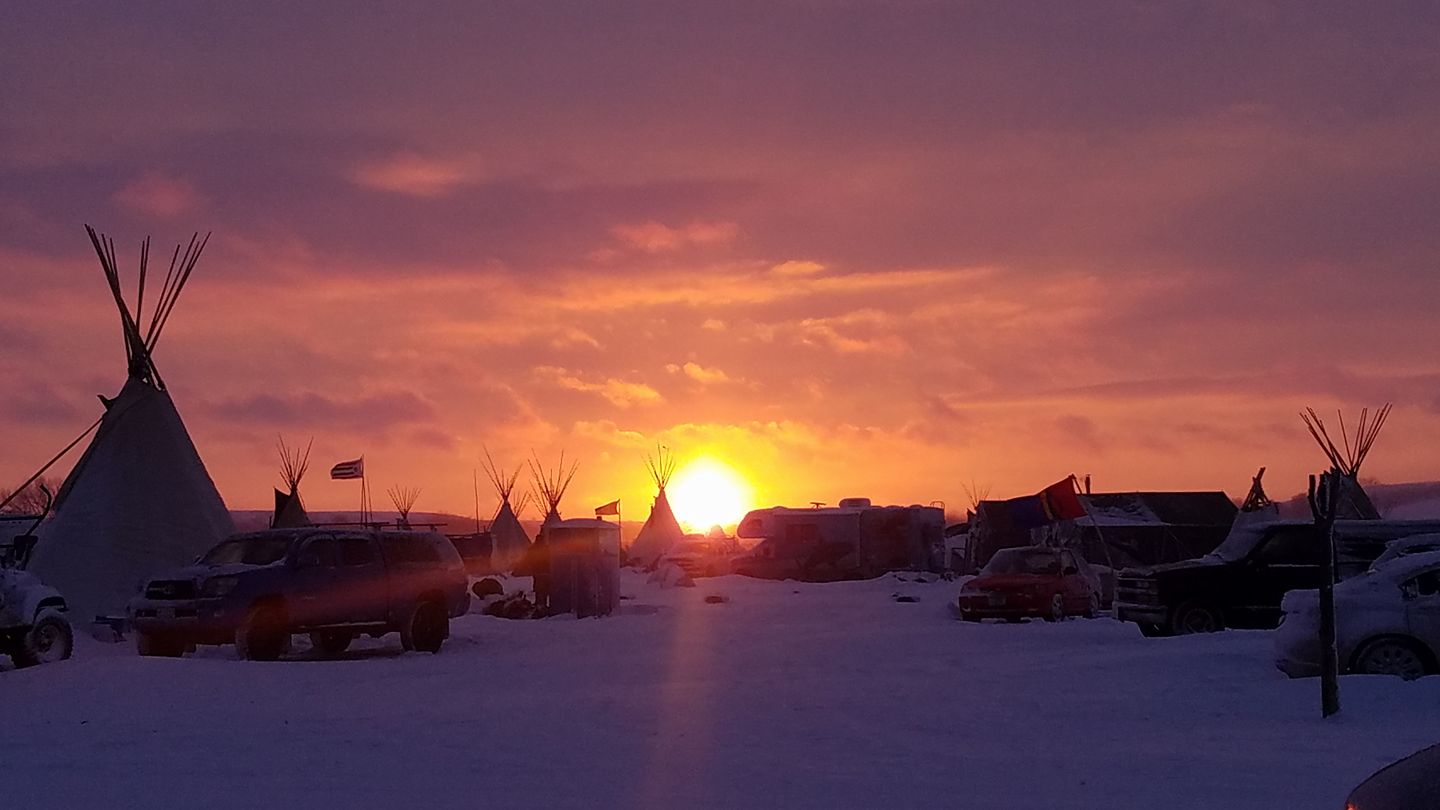 For the last eight months, the Standing Rock Sioux Tribe has led a historic campaign against the Dakota Access Pipeline (DAPL), uniting hundreds of tribes, environmentalists, veterans and other activists inspired by their bold stand in defense of native treaty rights and the environment.

On Sunday, millions of people around the world celebrated news that the Army Corps of Engineers had rejected an easement to allow DAPL to go forward. This was an enormous victory for the movement and for ordinary people everywhere in the struggle against Big Oil and naked corporate greed.

I congratulate and thank these courageous indigenous people and all others who rallied behind their cause, including the veteran activists who came to strengthen the camp in the days preceding the Army Corps’ ruling. It is these thousands of ordinary people, not the Obama Administration, who deserve praise for this victory. Standing Rock has demonstrated the power of organized mass action for a new generation, as well as the vital need to unite our movements.

The activists on the ground faced down brutal violence at the hands of police and private contractors, including the use of attack dogs, rubber bullets, pepper spray, tear gas, concussion grenades, and water cannons fired in below-freezing weather. Hundreds were arrested and hundreds more injured. Yet the movement would not stand down.

But we must remember: The struggle may not be over. It took Energy Transfer Partners and Sunoco Logistics Partners mere hours to release a statement in which they stated that they are “fully committed to ensuring that this vital project is brought to completion and fully expect to complete construction of the pipeline without any additional rerouting.” This could indicate a possible legal challenge or plans to continue after Trump’s inauguration. A Trump spokesperson has told reporters, “we support construction of [DAPL]. We will review the full situation when we’re in the White House and make the appropriate determination at that time.”

The Obama Administration, on the other hand, has spent the last eight months looking the other way, ignoring both ongoing violence against activists and the environmental impact of the pipeline itself. Unfortunately, this is nothing new. While a national campaign against Keystone XL ultimately led Obama to veto its construction, it took five years of protest to force his hand. Meanwhile, we have seen the equivalent of 10 Keystone pipelines built in the US since 2010! While the Republican Party has a long track record of championing the interests of Big Oil, Obama and the Democrats have shown themselves thoroughly beholden as well.

This victory should serve as a reminder that in the face of continued pipeline development and attacks on the environment, we can’t rely on either major party to act in our interests. To really defeat the agenda of Big Oil and Wall Street, we’ll need to build powerful movements and a new party of the 99 percent, completely free of corporate cash and corporate influence. We must remain vigilant, in Standing Rock and across the US, as we build our resistance against the incoming Trump Administration and continue our struggles for a socially just and sustainable world.