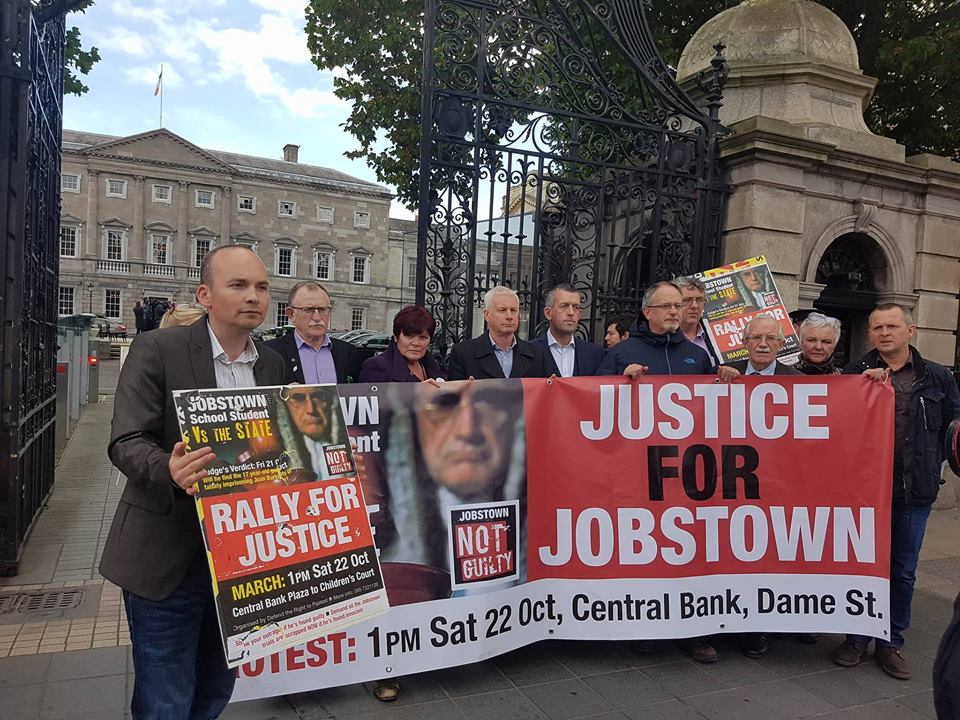 On October 22, a seventeen-year-old in Ireland was found guilty of “falsely imprisoning” an elected official during a peaceful demonstration against the introduction of water charges in Jobstown, a section of Dublin. Since then, the water charges have been suspended – a tremendous victory for the anti-water charges campaign – but the protesters are still being tried in an attempt to criminalize political activity and intimidate working people and youth from joining movements and protests.

The Irish ruling elite is determined to push back against the defeat of the water charges. This is the same elite which at every point sought to make working people and youth pay for the 2007/2008 financial crisis through vicious austerity. The movement against water charges gained mass participation – up to 57% of people refused to pay their water bills and hundreds of thousands protested in the streets against Irish Water! In June, the establishment was forced to suspend the water charges due to the strength of the non-payment movement.

This verdict has serious consequences. Nineteen more people are facing trial from the Jobstown protest, including Paul Murphy, an elected Socialist Party TD (Member of Parliament). The Socialist Party is part of the Committee for a Workers International (CWI) and the sister organization of Socialist Alternative in Ireland. It played a key role in the anti-water charges movement.
Defeating these outrageous is key to future movements of the working class and their ability to fight back. We will continue to protest these charges – to fight for the people of Jobstown who are falsely accused and for the working class that has borne the brunt of austerity in Ireland.

Read more about the struggle in Ireland at SocialistWorld.net.