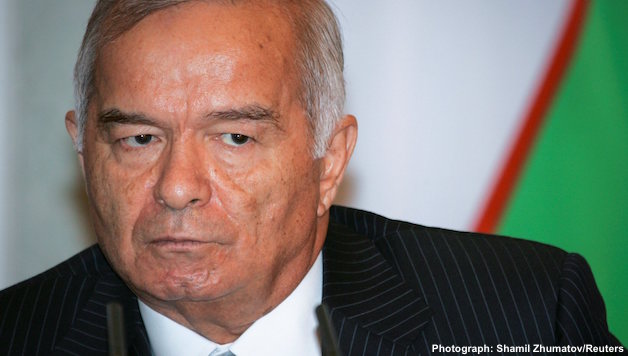 Although the death of Islam Karimov, President of Uzbekistan, was officially announced on 2 September, rumours were flying about his demise for several days before. The delay, it appears, was to allow his successors time to maneuver themselves into a position to take over. But it was also because they did not want to spoil the mood of celebrations on the country’s 25th anniversary of Independence on 1 September.

Karimov first come to prominence in the then Soviet Union as one of Michael Gorbachev’s prodigies. In June 1989 he was appointed First Secretary of the Communist Party of Uzbekistan. Like Nursultan Nazarbayev in neighboring Kazakhstan, Karimov was seen as part of a new generation of ‘perestroika communists’. They were put into place to help clear out the old guard who had come to head the party during the long years of stagnation. Like Nazurbayev, Karimov he saw his job as preparing the ground for the introduction of deep-rooted market and political ‘reforms’.

In March 1991, Karimov campaigned for the USSR to remain intact during a referendum held on whether USSR should be maintained. According to official statistics, 84% of Uzbeks voted in favour of keeping the USSR. But six months later when the 1991 coup attempt failed, Karimov was the first to declare his republic an independent state.

He did this not out of ideological conviction, but because he saw the chance to preserve and consolidate his rule in the thirty million strong country. He banned the communist party (of which he himself was still formally leader), replaced the KGB (Committee for State Security) with the SNB (Council for the people’s Security), moved to repress all political opposition and removed his competitors from the various regional clans. He became a sort of tsar-figure, holding unlimited power, while his country became isolated from the rest of the world.

Although, formally, the state maintained a monopoly on foreign trade, Karimov conducted a policy of undercover privatization during which control and ownership of the country’s strategic objects were passed to members of Karimov’s family. Income from the country’s main exports – cotton, gold, gas and other minerals – was passed into the control of people in Karimov’s entourage. The scale of the enrichment of his family was exposed in 2012, when after a family quarrel, Karimov had his eldest daughter, Gulnara, arrested and put on trial. Once placed under house arrest, hundreds of companies, television stations, newspapers and radio stations were confiscated from her.

While these people lived in unheard of luxury, the mass of Uzbeks live in grinding poverty. Many are forced to leave the country to work either in neighbouring Kazakhstan or in Russia. There are over half a million Uzbeks working in Russia alone, usually for low pay without rights. Over 10% of Uzbekistan’s GDP is made up of money sent back home by these workers. Those who stay in the country have no means of defending their rights – any hint of a protest is immediately suppressed by the police and SNB.

Outside of the cities, Karimov’s government established a feudal system to maintain control. Each village has an appointed elder paid by the state, a so-called “white beard” that is expected to inform on dissident behavior. Human rights’ organizations have published many reports about the way in which dissidents are treated. There are thousands of political prisoners, many charged with Islamic extremism, who are subject to brutal torture, including the removal of finger nails, use of electric -shocks, suffocation using plastic bags and submerging in boiling water.

Needless to say, Karimov’s dictatorial rule did not prevent him from having good relations with western powers, particularly the US. The West’s desire to get their hands on the gas and other natural resources, and to counterbalance Russian interests, was just part of the reason for these cosy relations. Probably more importantly was Karimov’s willingness to allow the US to use the country’s airbases for the West’s Afghan operations. Not only this, but the US used the country for forced renditions and the torture of suspects. When the then UK ambassador in Tashkent, Craig Murray, protested about this, he was removed from his post and subjected to a disgraceful witch-hunting campaign by the Blair government. Human rights groups report that the US has been training Uzbek law enforcement officers and supplying them with arms, including 300 mine-resistant armored vehicles.

Karimov gained notoriety after the infamous massacre of Andijan. After local protests against a corrupt local mayor broke out, troops were sent in and massacred over 700 people, who, according to one army commander, were “tortured by poverty”.

Andijan is in the Fergana valley, the most populous region of Central Asian and home to many different ethnic groups and nationalities. Karimov and his US backers quickly blamed Islamic extremism for the protests and stepped up repression throughout the region. Now it is difficult to tell which came first – religious fundamentalism or the extreme poverty and repressive violence that fuels it. Now the Fergana Valley is recognised as a breeding ground for fighters joining ISIS.

With Karimov officially confirmed dead, the West is once again giving its support for the regime. Obama sent a message stressing the US’s commitment to “partnership with Uzbekistan, to its sovereignty, security, and to a future based on the rights of all its citizens”. UN Secretary-General, Ban Ki-Moon, paid tribute to Karimov’s efforts “to develop strong ties between Uzbekistan and the United Nations as well as strengthen regional and global peace and security”.

Underneath the diplomatic veneer of these comments, the real sentiment was expressed by a blogger responding to the Financial Times report on Karimov’s death. “Karimov ruled over thirty-one million dirt poor Muslims. No doubt, a breeding ground for jihadists. Reason enough to keep his foot on their necks.”

It is not yet clear who will succeed Karimov. The front runner appears to be the current Prime Minister, Shavkat Mirziyoyev. No doubt, to appease the West, he will probably make promises to reform and liberalise. Yet when Gurbanguly Berdimuhamedow succeeded the former President Niyazov, in neighboring Turkmenistan, he also promised liberalization, but instead established an even more severe dictatorship and personality cult than that of his predecessor. In order to consolidate his rule against the opposition of other clan figures and members of the elite, the new Uzbek President too will soon resort to repression.

Uzbekistan inherited a strong industrial working class from the Soviet Union. While this has long been disbanded, there are still several million workers in the country. These, in alliance with those who work in the services and agriculture, are potentially a powerful force. If organised and politically conscious, these workers could provide a real alternative to the current ruling elite, with its policies of privatisation and repression.

The huge wealth of the Uzbekistan and the talent of those millions forced to work abroad could be utilised by nationalising the country’s natural resources to provide a decent income for all. By providing jobs, homes, schools and hospitals in areas such as the Fergana valley, the recruiting grounds for ISIS would be undermined.  By removing the bureaucracy and capitalist elite, together with the repressive SNB, from power, elected committees of workers and the poor, including representatives of all nationalities, could take over the running of the economy and the country. Such a democratic, socialist Uzbekistan could act as a beacon for the rest of Central Asia.