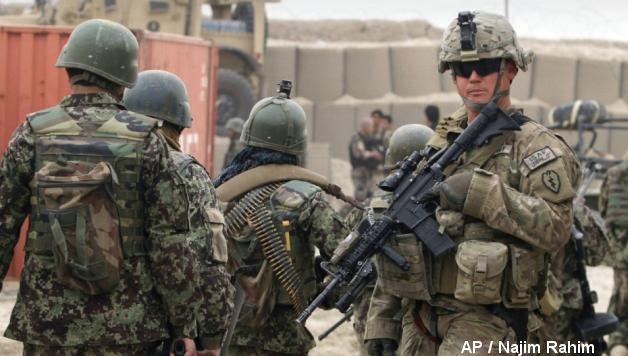 On October 15, President Obama approved a new $15-billion-a-year plan under which the U.S. will maintain its current force of 9,800 troops in Afghanistan through most of 2016, then drawing down to 5,500 in early 2017 to remain at bases in Kabul, Bagram, Jalalabad, and Kandahar. The president had originally planned to maintain only a small embassy-based force of 1,000, but in Obama’s own words, “in key areas of the country, the security situation is still very fragile, and in some places there is risk of deterioration. Afghan forces are still not as strong as they need to be.”

That all-too-obvious assessment comes on the heels of the fall of Kunduz to the Taliban, its largest strategic victory in years. The victory was accomplished in a matter of hours, as 500-700 insurgent fighters sent 7,000 government troops fleeing. Only after 15 days was a combined force of Afghan army and U.S. Special Forces, supposedly only used in Afghanistan for training and counterterrorism missions, able to retake the city, with massive air support.

But not before the U.S. used that air support to commit a war crime, bombing a hospital run by Doctors Without Borders (MSF), the only facility of its kind in northeastern Afghanistan. Many staff members and patients were killed and wounded, and the facility was destroyed, as the hospital was hit by precise aerial raids for over an hour, destroying the intensive care unit, emergency rooms, and the physiotherapy ward, while frantic calls to Coalition forces went unanswered.

This despite the fact that MSF had provided the GPS coordinates of the hospital to Coalition and Afghan forces as recently as September 29. After several attempts in as many days to point the blame elsewhere, the U.S. finally admitted that U.S. Special Forces on the ground called in the strike.

The fall of Kunduz, one of the centers of the American troop surge five years ago, exposes the bogus assurances about progress in the War in Afghanistan often given by American and Afghan officials. U.S. claims notwithstanding, recent data compiled by the United Nations show that the Taliban insurgency has spread through more of Afghanistan than at any point since 2001. Amid a corresponding sharp rise in Afghan military casualties, local officials describe a pattern of worsening morale and reluctance by troops and policemen to leave their posts. In February, the Afghan intelligence service said it was investigating dozens of police officers in Kunduz for cooperating with the Taliban, sometimes even selling their ammunition. Even in districts that are nominally under government control, government forces hold only the government buildings in the district center and are under constant attack by insurgents.

Afghan Local Police installed by the American Special Forces extort protection money from farmers, while Afghan commanders use soldiers’ pay for their own sordid purposes, including the widespread practice of raping local boys. And Afghanistan’s President Ashraf Ghani is widely regarded as unable to rein in the corrupt warlords who hold key posts in his regime.

Socialist Alternative opposed this war from the beginning because we knew that the U.S. invasion had nothing to do with bringing democracy and alleviating poverty in Afghanistan. It was based on U.S. imperialism reasserting itself after 9/11 and controlling energy resources in the region through an alliance with compliant feudal allies.

Though we are completely opposed to the brutal and reactionary Taliban, we are also clear on the nature of the gangster warlords who are the force behind the current regime, and Karzai’s before it. The only way forward is the independent mobilization of the workers and peasants of Afghanistan in their own interests, allied to workers and peasants across the region.