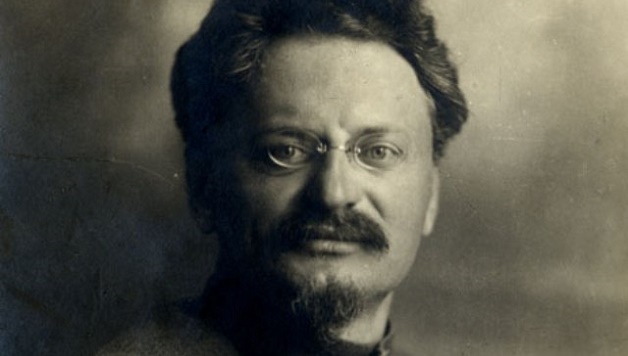 Leon Trotsky, the Marxist who co-led the Russian Revolution of 1917 alongside Lenin, and in whose tradition Socialist Alternative stands, spent his entire adult life fighting for a better world.

My Life begins with Trotsky’s youth and continues with the major historical events he was part of: the Russian Revolution of 1905, the Russian Revolution of 1917, the period after 1917 when he led the Red Army in the Civil War and participated in the building of post-revolution Russia, through to his fight against Stalin and his expulsion from the Communist Party and the USSR.

Trotsky wrote his attempt at an autobiography while he was living in Turkey, exiled there by Stalin.

Not only does the book tell us a lot about Trotsky as a person, it also gives a great overview of important historical events. It is written in a way that is understandable and explanatory for people who have not read much about that period.

But this book is more than just an overview of the important role Trotsky played in history. It is also a shining example of a person living a life dedicated to the revolution who had the tenacity not only to stand up to the Tsar and the old world and to win, but then to stand up again to Stalin in defense of the true meaning and goals of the October Revolution.

Although as revolutionaries we fight against the trend of viewing history as a series of events that were caused by “great men,” which tends to ignore the role of broader social forces in shaping history, it is clear that the individual characteristics of some people do make a difference in history. It seems likely that the Russian Revolution would have happened without Trotsky, but the fight against Stalin and the traditions of Marx, Engels, and Lenin would not have had their banner held high without Trotsky playing the role he did.