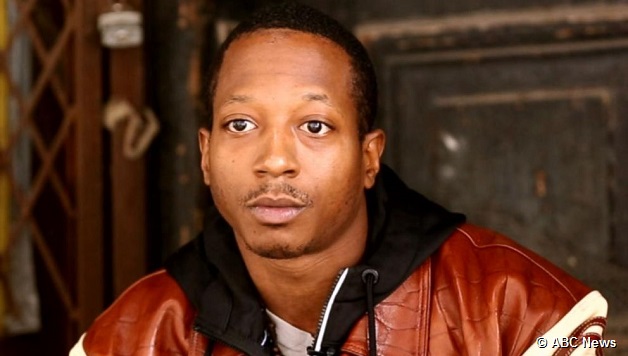 In May of 2010, 16-year-old Kalief Browder and a friend were walking home through their North Bronx neighborhood when they were stopped and interrogated by police. A man riding with the police claimed that Browder had stolen his backpack, and though he had none of the man’s possessions and had been at a party most of the night, he and his friend were arrested and taken to the 48th Precinct in the Bronx. Afterwards, Browder was charged with robbery, processed through central booking, and then transported to the notorious Riker’s Island prison where he would spend the next three years awaiting a trial that would never come. While his friends were graduating from high school and beginning their adult lives, he was suffering physical and psychological abuse and torture at the hands of the guards and inmates at this prison, often spending weeks on end in solitary confinement.

When Browder was finally released on May 29, 2013, he had spent more than 1,100 days in custody and more than seven of the last eight months in solitary confinement. On Saturday, June 6, 2015, a little more than two years after his release, he removed the air conditioning unit and hung himself from the window of his parents’ Bronx apartment. Browder, who had previously tried to kill himself several times since his arrest, had told his mother, according to his obituary published in the New Yorker, “I can’t take it anymore,” and complained that he was afraid the police were after him.

Browder had never pleaded guilty to any crime and never received a trial, yet three years of his life were taken from him and he was brutally abused, all because he was a young black man in the wrong place at the wrong time. Though many in the mainstream press have referred to Browder’s story as an “American tragedy,” what happened to him was no mere accident or oversight. Browder’s torture at the hands of the criminal justice system was not merely the result of a few bad laws or an overburdened bureaucracy. Rather it was the inevitable outcome of an institutionally racist and unaccountable judicial system that operates through fear and intimidation.

The real tragedy is that what happened to Browder happens to hundreds of thousands of young African Americans and working class people of all races who have found themselves subject to the whims of a racist and unjust legal system. Indeed, the gross mistreatment of youth of color is a regular part of a justice system that has always been deeply flawed, deeply dysfunctional, deeply unjust, and deeply racist. But things have rarely been worse than they are now, and Browder’s case, along with the many high profile cases of police murder—from Rekia Boyd, to Mike Brown and Freddie Gray—reveals the degree to which the American justice system, in service of American capitalism, views poor youth of color as little more than a population to be managed, contained, and controlled.

As the National Association for the Advancement of Colored People has documented “current trends suggest that one in three black males born today can expect to spend time in prison during his lifetime.” Meanwhile more than 3% of the total US adult population are under some kind of correctional supervision, whether in jail, prison, or on parole. And the disparities in sentencing and imprisonment rates of young African American men like Browder and other youth of color are huge. Though African Americans make up only about 12% of the U.S. population, the NAACP reports that more than 58% of  juveniles in correctional institutions are black males. And according the New York Civil Liberties Union, 80% of  children incarcerated in New York State are Black or Latino.

But such injustices are not only the product of primordial racism. They also stem from  a capitalist system that benefits from the continued incarceration and exploitation of the more than two million men and women in the American prison system. From the perspective of capital, the suffering of people like Browder is a small price to pay for the massive profits and political power that prisons generate for the ruling class. From the huge investor profits available through privatization, to the cheap labor of inmates (frequently employed by manufacturers that provide goods to such companies as Starbuck’s, Dell computers, and even Victoria’s Secret), to the creation of a politically disenfranchised underclass of largely unemployable ex-convicts, prisons benefit the powers that be, while doing little to actually protect ordinary people.

Not since before the civil rights era have the connections between capitalism, incarceration, and oppression been so obvious, and nowhere is the violence of that system better represented than in the indifference and brutality of our prison system, which has increased inmate populations more than four – fold since 1980.

As we consider the terrible death of Browder, it is imperative not to fall into the trap of narrowly focusing on his individual circumstances. What happened to him was unforgiveable, but his suffering is part of a much bigger tragedy that has been playing out for centuries and that will continue as long as we do nothing to stop it. It is imperative that the Black Lives Matter movement and other political movements fighting for racial and social justice demand not only an end to the killing of young people of color, but also link demands for an end to police murders to the building of an overall anti-racist movement that can challenge the very system that quietly destroys ten thousand for every one that it guns down in the street.

Socialist Alternative calls for the dismantling of the institutionally racist criminal justice system that killed Kalief Browder and which abuses and exploits so many others.  We demand that minors not be incarcerated with adults, that all prisoners be treated with human dignity and respect, and that no person be held in captivity without a fair and speedy trial.  While Mayor Bill de Blasio is pushing a number of specific and welcome reforms at Rikers, particularly aiming to reduce the backlog of people held without trial and reducing the level of violence in the jail, these do not go far enough.

We call for an end to the racist War on Drugs, the decriminalization and legalization of marijuana use, and the treatment of drug addiction through rehabilitation, not criminalization. We demand the immediate release of those arrested for minor, non-violent drug offenses, the reinstatement of voting rights for those with a criminal record, an end to racist “Broken Windows” and “Stop and Frisk” policies, the recall of all military-grade weapons from police departments, and community control of all aspects of policing.