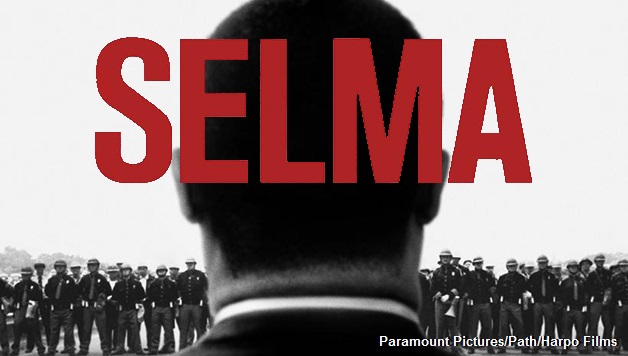 The movie Selma couldn’t have come at a better time. With #BlackLivesMatter and the development of a potential new black freedom movement, many people looked forward to this movie as inspiration and guidance. Unlike most Hollywood films, which tend to dehumanize people of color, Selma succeeds in connecting to figures famous and forgotten and empathizing with the struggles of the Civil Rights Movement. By showing a crucial battle in the South over voting rights, and a glimpse into the debates within the movement, it can inspire and push on activists today. Like many times with Hollywood movies we are [I think] trapped between history with no context or context without historical events. Selma did a great job of recreating key events in the movie, such events being the level of voter suppression that took place, the scene on the bridge, and the extreme racism during that time.

The most powerful and impactful scene is the march across the bridge from Selma on March 7, 1965. The display of vicious attacks against peaceful protesters was seen live by millions of viewers at that time, leading to the name “Bloody Sunday.” Fifty-eight people were injured. The events of Selma played a key role in the passage of the Voting Rights Act that same year, a key victory of the Civil Rights Movement. The brutality of the police in Selma raises real parallels with how police today respond to peaceful protesters. Fifty years later, people of color are still being gassed, beaten, and arrested for simply protesting for the value of black lives. How far have we really come?

The portrayal of women in the movement is a weakness. For example, the film completely ignores the role of Diane Nash, a co-founder of the Student Nonviolent Coordinating Committee (SNCC) and a central to the voting rights struggle in Selma. While the movie shows many acts of courage by women, with the exception of Corretta Scott King women are relegated to a background role. Particularly jarring is the scene when the men arrive to Selma to get some good ol’ cooking. Of course women are only useful for cleaning, cooking, and caring for children.

The film presents Martin Luther King, Jr. as the “savior” of the movement who acted alone and made all the decisions. Projecting Dr. King as the only person responsible for the freedom and liberation of African Americans is a misleading account of history. In particular, the focus on Dr. King’s discussions with President Lyndon Johnson minimizes the power of organizing the community and the impact of the demands of the movement on a mass level.

It is important to look into the events of history and not rely on Hollywood to teach us. Selma, like many protests and boycotts of that time, was organized by many individuals with an extensive background in civil rights work. Although Dr. King played a very inspirational role, he was not the movement itself. He was part of an organizing body made up of men and women who played major roles. We are being faced with a turbulent time in history ourselves, and the best thing we can take away from the film Selma is the importance of organizing. Whether it’s a peaceful protest or a militant-style boycott or strike, it needs to be organized and democratically run. We are staring right now at a new black freedom movement – a movement with not just one leader, but thousands of leaders.