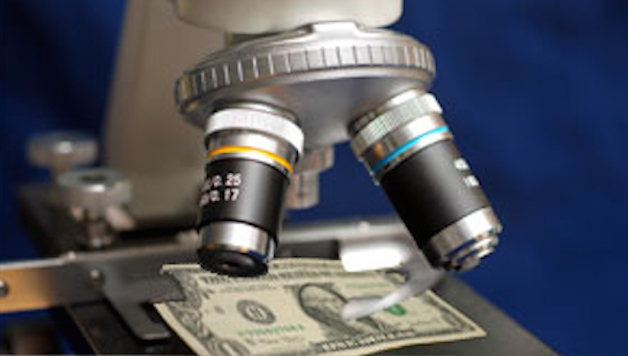 We are told that capitalism drives innovation and progress but the truth is production for profit mostly hampers the ability of science and technique to advance.

All throughout the world people needing medical attention for diseases, curable or otherwise, are often neglected on the basis that it is unprofitable to treat them. Piling on top of the global disease burden are crises directly caused or exacerbated by capitalism itself.

Chasing the trail of destruction caused by imperialism and austerity is a feature of medicine under the current system. For example the war in Syria has meant that over half the country’s hospitals have been destroyed. As a result there has been a re-emergence of Polio.

The virus was declared eradicated from Syria in 1999 however hundreds of cases of the disease now exist. This spreads through contaminated food, water and sewage causing paralysis, after infrastructure providing electricity and clean water was destroyed.

Swathes of refugees generated by profit driven wars are crammed into overcrowded camps where diseases caused by poor sanitation spread rapidly. It is not uncommon for an outbreak of cholera to sweep across a refugee camp and kill tens of thousands. Last month, a 24-year-old Iranian refugee died of septicaemia after a small cut on their foot was infected in the horrific detention centre on Manus Island.

Savage austerity in Greece has pushed people onto breadlines and into a crumbling public health system. Far-reaching cuts to jobs have increased reliance on access to free healthcare, which has also had its funding cut.

A decline in living conditions and access to medicine has caused a sharp rise in communicable diseases such as tuberculosis, Nile fever and malaria. In addition, the cancellation of free needle exchange programmes has led to a 1,250% increase in HIV/Aids in intravenous drug users.

Diseases that are born out of or thrive in the hellish conditions created by capitalism have been divided up into those profitable to cure, and those that aren’t.

Sales in drugs for obesity are estimated to grow from $300 million to $3.8 billion by 2018, while the diabetes market, worth some $37 billion at present, will reach more than $57 billion, according to Thomson Reuters Pharma.

At the same time in 2012, there were 207 million cases of malaria, killing 627,000 people. The overwhelming majority of these people were African children under 5 years old.

However, four times more funding is spent on surgical procedures for hair loss each year than malaria. Even when cures are found, profit incentive prevents them from ever reaching those who need them most. Tuberculosis, which is relatively easily cured, is 100 times more prevalent in areas where high drug prices from patent protection makes them inaccessible.

But the incentive of massive profits is not even enough to guarantee quality medicines, even for people that can pay for it. In the eyes of big business more profit is always better. In a recent example, the pharmaceutical giant GlaxoSmithKline bribed doctors to promote and prescribe the antidepressant Paxil, which causes increased risk in suicide and has since been banned in many countries.

Doctors who gave extra prescriptions to children were rewarded with holidays to Bermuda, Jamaica and California. GSK was later fined $3 billion for corporate misconduct, but according to IMS Health, had already made $11.6 billion profit from the drug.

Not all scientific researchers work for companies where the main objective is profit. There are a number of publicly funded research institutes which work to develop new medicines and drugs which could help to develop cures for society’s most deadly diseases. But with governments across the world slashing healthcare, combined with a science community already fraught with problems created by an overly competitive method of funding, these have little hope in translating research into anything tangible.

In a recent study by the Australian Council of Learned Activities, it was found that scientists like their work, but not the system in which they work. The lack of full-time employment opportunities, the competitiveness of grant, fellowship and job applications, and the lack of support staff all contribute to a less productive and highly stressful environment.

Currently, government funding of science comes mostly from the National Health and Medical Research Council (NHMRC) and the Australian Research Council (ARC). Only one in eight NHMRC, and one in five ARC applications are successful due to lack of funding and the large number of skilled scientists applying for funding.

The application process takes weeks which reduces the time that could be spent on research. A study from the Queensland university of Technology published in May last year found scientist spent the equivalent of 500 years’ worth of time applying for NHMRC grants in 2012!

These funding bodies choose projects to fund based on several criteria, including how well applications are written, and the potential benefit that the research may provide to the burden of disease. But the success of applications is largely determined by researchers’ publication history, and previous success.

This competitive criterion, combined with extremely precarious job security, has fuelled a well-documented problem of rampant fraud in the scientific community.

In an article in Nature in 2012, it was reported that of a selection of 53 landmark scientific discoveries, 90% could not be reproduced, even with the help of the original study authors. This discouragingly high percentage of inconsistency in experiments could not possibly be attributable to ineptitude by researchers, but instead suggests widespread falsification of data – scientists making up results to keep their job.

But can scientists be blamed for choosing to overlook a tenet of scientific method over unemployment? Given the whittling away of the welfare state, the repercussions of losing your job are becoming more and more severe. While the problem of fraud in science should be considered far from nefarious, it contributes to the overwhelming inefficiencies of science under capitalism.

It is clear that pharmaceutical companies, which run on the basis of profit, are not able to provide high quality or socially useful medicines for even those who can afford them. However, a lack of job availability or security, and lack of funding for research has rendered the public sector inefficient and ineffectual in providing solutions to the overwhelming burden of disease. There is enough wealth in society to be able to fund far more research, but under capitalism, this wealth is siphoned into the pockets of a rich few.

Only by replacing capitalism with democratic socialism will we see science really flourish. If the big research and pharmaceutical companies were brought into public ownership, co-operation between these firms and the public universities could be democratically planned. In this way they could be run for the benefit of society rather than for private profits.

This would eliminate duplication and the sharing of research would mean that much more progress would be made. Instead of prioritising work in areas that are profitable, a focus could be put on eliminating disease. At the same time a socialist society would be able to free up enormous amounts of wealth which could be used eliminate poverty and solve the many social problems created by capitalism.

On the basis of socialist production and organisation real innovation and scientific progress will begin.