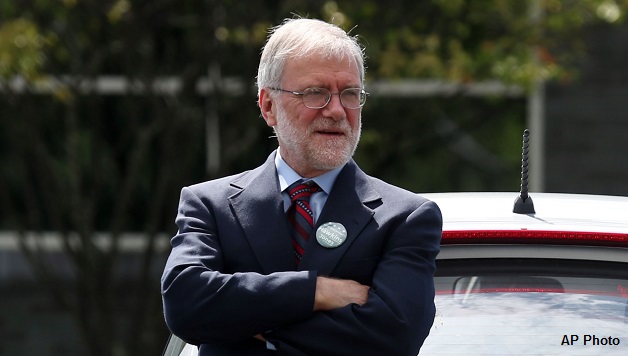 Howie Hawkins, the Green Party candidate for Governor of New York State, has been receiving a tremendous response. The most recent Quinnipiac Poll shows the independent left candidate at 9%, which means that potentially hundreds of thousands will vote for the Hawkins-Jones ticket while Andrew Cuomo, the Democrat seeking re-election, will see his support continue to fall below 50%. If these results were to hold, they would represent a historic breakthrough for left politics in New York and nationally. This would help build momentum for other left candidates independent of the reactionary Republicans but also big-business-friendly Democrats and towards a new party representing working-class people.

Howie is a longstanding fighter for workers’ rights and a member of Teamsters Local 317. He has been an organizer and supporter of numerous movements, including 15 Now. He calls for taxing the rich to create green jobs and for an end to hydro-fracking and takes no corporate money. His running mate, Brian Jones, is a socialist educator and union member.

New York state voters are clearly looking for an alternative to Governor Andrew Cuomo, who for the last four years has served corporate interests with consistency. As Hawkins’ campaign website notes, “A report from Bill Mahoney at NYPIRG shows that Cuomo gets 49% of his campaign funds from just 331 donors who gave $40,000 or more! (8 Oct 2014)” Cuomo has attacked public education and public sector workers and stalled measures to improve working people’s lives like raising the minimum wage and banning fracking.

New York Socialist Alternative, as well as Kshama Sawant, have endorsed the Hawkins-Jones campaign, and we are campaigning across the city, leafleting, fundraising, and holding and attending public meetings. If we go all out for Hawkins-Jones over the next three weeks, we can make a major statement on fracking, the environment, economic inequality, peace, and — as Socialist Alternative is emphasizing — the need to build a new force armed with socialist ideas. We ask all our supporters to get involved and to spread the word to everyone else you know.

Here’s the place to start reading about Howie Hawkins and the campaign. To learn more about what Socialist Alternative is doing in New York City, contact us at 978-549-3855.