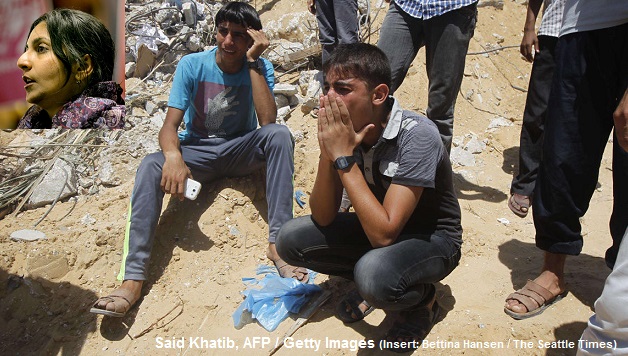 On Monday August 4th at Full Council, I shared a draft letter with Councilmembers calling on Obama and members of both houses of Congress to condemn the continuation of violence in Gaza. Elected officials in the U.S. have failed to step up and speak to the conflict. It is the duty of all people, irrespective of their position or status, to speak out against humanitarian crises. In the past, the City of Seattle has passed resolutions opposing Apartheid in South Africa, the War in Iraq and even the Federal Government’s approval of genetically modified salmon. I have encouraged all of my fellow Councilmembers to provide input and to sign on to a statement that will help us move this discussion forward, nationally. Peace in Israel and Palestine is essential to peace within the region. In order to assure that peace, Israel’s violence in Palestine must immediately cease and the targeting of civilians must end on both sides.

As the most recent wave of Israeli bombardment of Gaza enters its 28th day, many of us globally watch in horror as the death toll soars. News reports indicate that more than 1,888 Palestinians have been killed, while more than 9,400 have been injured. Hundreds of Palestinian children and civilians are counted among the dead in this humanitarian catastrophe. Sixty-three Israeli soldiers have also died, along with two Israeli civilians and a Thai worker.

The humanitarian crisis in Gaza is reaching a critical breaking point. The 139 square mile territory contains 1.8 million people who literally have nowhere to go and no place to hide from Israeli attacks. The UN reports that medical facilities are “on the verge of collapse.” An attack on Gaza power plant has left more than half the population without electricity, and more than 270,000 people are reportedly crammed into 90 UN shelters. Without an immediate end to all hostilities, the Palestinian death toll will continue to rise rapidly.

We also condemn the indiscriminate rocket attacks by Hamas against the civilian population living in Israel. We stand in solidarity with the ordinary people of Israel and their desire for security, and in particular with the Israeli anti-war movement.

We call on President Obama, the U.S. House of Representatives, and the U.S. Senate to issue a formal statement denouncing Israel’s siege and blockade of Gaza and the occupation of the West Bank. We also call for an immediate end to all U.S. government military aid for Israel.