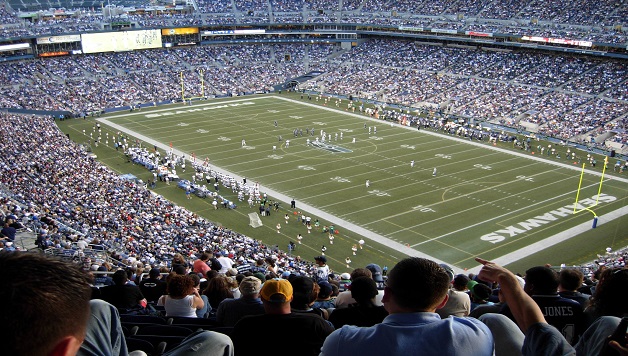 Like tens of millions of fellow working-class Americans, I love sports. I work long hours in a factory, and watching and playing the games I love is both a way to relax and a large part of my social life with friends and family. Still, when tickets to games are less and less affordable and social programs are being cut, it annoys me to see the government hand hundreds of millions of dollars to greedy billionaire team owners.

The idea of tax payer money going to enrich a few private individuals is, unfortunately, nothing new in today’s world. Trillions of dollars were given to the banks that crashed the economy because they were deemed “too big to fail.” It was said that if the banks were allowed to fail the effect on the economy would be disastrous. No such excuses can be made for the millions of dollars in tax money that is given to the super rich owners of sports teams to build privately owned stadiums.

According to research done by Harvard professor Judith Grant Long annual public subsidies for pro sports facilities in 2010 totaled $259 million. It is generally recognized that owners make tens of millions of dollars in profit every year though no one besides the owners themselves know for sure since, despite public tax money being given, they are not required to disclose their finances.

Often times the excuse given for spending public money on stadiums is that it will create jobs and be a boost for the local economy generally. The owners would have us believe that public funding for private stadiums is actually a public service. A study undertaken by Professors Dennis Coates and Brad Humprehys, one of the most comprehensive ever done, showed that not only did new stadiums not provide a boost to the local economy in many cases it was actually a detriment to the economy. That is not surprising considering that many of the jobs provided by such facilities after the temporary construction jobs created by the actual building of the stadium are gone are low wage service jobs. Couple that with public money being spent on privately owned stadiums instead of programs to help working people, the poor, and youth and it is the perfect recipe for economic disaster.

One of the most egregious examples of this is the building of Target Field for the Twins baseball team in Minneapolis. A Minnesota state law requires a county to put a referendum before the electorate if they wish to raise the sales tax. But when the billionaire owner of the Twins and Major League Baseball came calling the county and the Minnesota Legislature found a way around the state law and guaranteed taxpayer money to build the stadium. The Wall Street Journal in 2010 estimated that the total cost to taxpayers would be $350 million. As if that were not enough to anger and outrage the very day that the ground breaking for Target Field was scheduled to happen the Interstate 35W bridge over the Mississippi River in Minneapolis collapsed during rush hour killing 13 people and injuring a further 145. The state and county could find $350 million to hand to a billionaire owner while a bridge was becoming such a danger that it ended up killing 13 people.

As sad as that story is the politicians in Minneapolis and Minnesota have not learned their lesson. Recently the billionaire Wilf family, owners of the Minnesota Vikings of the NFL, have received guarantees of public money from both the city ($150 million) and the state ($348 million). On a side note, the Wilf family recently were ordered by a judge in New Jersey to pay $85 million for “organized crime type fraud.” In a very real sense the taxpayers of Minnesota are paying for the owners of the Vikings to defraud their business partners.

How do owners get away with this?

How do the owners and politicians get away with is kind of outrageous behavior? The answer is easy; extortion. Owners and league officials will go to city, county and state legislatures and threaten to move teams from the area and go to other areas that are more willing to hand over public money to stadiums. The threats are not idle either. This is the exact situation that happened to the Seattle Sonics of the NBA. Seattle and Washington state taxpayers had paid for renovations on the Sonics’ Key Arena in the mid-90’s.

A decade later the NBA and the Sonics’ owner, Starbucks owner and multi-millionaire Howard Schultz, came asking for more. This time renovations would not be enough and a new arena would be necessary. Voters rejected the idea of a publicly financed arena in two referenda. Undeterred Schultz and NBA commissioner David Stern went to the Washington State Legislature. They could not convince the legislature to hand over taxpayer money either. So as a way to punish Seattle and Washington State the beloved Sonics were sold to an Oklahoma businessman and within two years the NBA and David Stern facilitated what amounted to a theft of the proud and historic Sonics franchise to Oklahoma City.

The forced relocation of the Sonics from their historic home in Seattle to Oklahoma was done as a warning to other cities and states. If the people of Seattle and Washington State were unwilling to hand over public money to multi-millionaire owners the NBA would find a city that would. This was the formula used by the owners of the Minnesota teams that extorted public money for their stadiums. Owners use the love that fans have for their teams in order to extort public money to make a private profit. At the same time they are raising the prices of everything from tickets to concessions at the games themselves. So while taxpayers are paying for the owners’ private stadiums they making it harder and harder for a working family to afford to attend the games they are already paying for.

There is an alternative to this dictatorship of the owners however. Many teams and clubs across the world have an ownership structure that is vastly different from what we are used to in this country. Football Club Barcelona, arguably one of the biggest and best soccer teams in the world, is wholly owned and operated by the team’s supporters. They even vote for and elect the board of directors that are responsible for running the team on a day to day basis. In this country the Green Bay Packers do not have a single owner. The team sells shares to the public periodically and the day to day operations are also run by a board. Leagues in some countries in Scandinavia and South America actually prohibit the ownership of clubs and teams by one owner or group of owners. While these models fall short of “municipalization” where the resources and profits of the teams would be used to the benefit of the people in the cities and areas in which they are based they do point a way forward out of the dead end of millionaire and billionaire ownership.

Sports are loved by millions of working people. These same people are what makes professional sports possible in the first place. The owners of professional sports teams cannot own the games themselves. Those games belong to the people, to the kids playing baseball in the park; to the mom and daughter kicking a soccer ball around in the backyard; to the weekend warriors playing pick-up football games on Saturday afternoons; to the brother and sister shooting hoops in the driveway. Why should individuals have a monopoly on the teams that play those games?

If sports were publicly-owned, then the facilities could be used for the benefit of the wider community, not just for profit. Games would be affordable for working people without the unnecessary domination of commercials and advertisements. Democratic public ownership and management of sports teams and stadiums would mean that any wealth generated from enjoyment of sports could be used for socially-useful programs, not to line the pockets of billionaires.