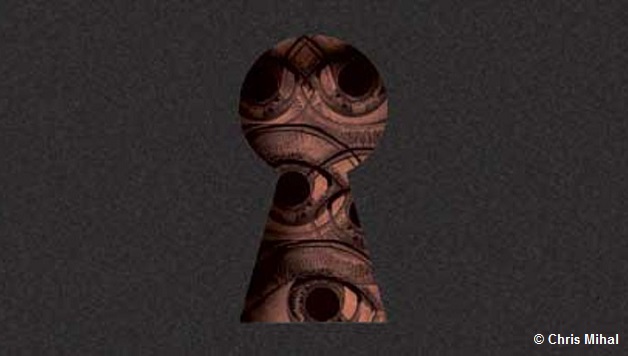 Does Slavery Still Exist in the South in the Year 2011?

The above is a question that the so-called intellectuals have been asked frequently since the historic prison strike on December 9, 2010. This question angers some, offends others, and leaves most dumbfounded!

The sound of ”Yes sir, master,” and “No sir, master,” can still be heard. Allow me to give you a glimpse of modern-day slavery from inside the worlds largest slave plantation: the Georgia prison system. Elected officials have cast an illusion on the citizens of Georgia for so long that humanistic values and morals have been laid aside and dictations of slavery have taken the forefront in the name of ”justice.”

Astonishingly, Georgia inmates make up a significant percent of the state’s labor force, thus prohibiting civilians and taxpayers the opportunity of a livelihood. As a result of the December 9, 2010 prison strike, some Georgians have awakened to these facts. The strike revealed information about tax money and elected officials that most citizens never knew existed.

Within Georgia lies the largest prison industry in America, known as the ”Georgia Correctional Industries” (GCI). Inmates throughout the state of Georgia work 10- to 12-hour shifts, all for free! We make everything ranging from office desks to boots to Snickers candies and prescription glasses plus road signs – county, state and federal – and countless other products, (see http://www.gci-ga.com/ ed.). These are just a few jobs that inmates perform. “free” that would otherwise cost the state or corporations. Still there are the ”outside the fence” jobs that inmates perform, including firefighting, cleaning and paving highways, custodial services, landscaping, National Guard armory orderlies and even Georgia state patrol office orderlies.

The biggest inmate job of them all is the ”Governor’s mansion detail.” A minimum of 20 inmates  who are all are serving life sentences – do everything at the mansion. They perform tasks from washing cars and cutting grass to wearing a tuxedo inside the mansion and acting as a butler or tour guide. All of these tasks are done by the inmates for ”free” in hopes that pardon or parole will be granted. However, the majority of taxpayers dont even know that the “workers of favor,” as they are referred to, are state prisoners, because they are allowed to wear “regular clothing” and not state-issued stripes, another act of deception by the state.

Now let’s take these few examples above and see how they fit into the spectrum of involuntary servitude and slavery. The Georgia prison system, as any other prison system, has guidelines, and these guidelines are enacted to govern both staff and inmates. These guidelines are known as the ”Standard Operating Procedure” (SOP). Within the SOP there are many departments. The two departments that we are going to focus on are the Classification Committee and the Disciplinary Hearing Committee. These two committees are the driving force behind the slave labor in the prison system.

This department is allegedly compiled of knowledgeable staff who have experience with prison environment and activity. However, this is far from the truth. Nevertheless, this department is responsible for reviewing a prisoner’s files and then making the necessary decisions that will be beneficial for the prisoner and the institution. This department is responsible for dorm assignment, educational assignments and work assignments. It is an unwritten policy that every inmate will be assigned somewhere to work. The method that the classification committee uses to decide where the prisoner works is as follows: A.) Wherever a ”body” is needed, that’s where the inmate goes, regardless of skills or profession! Not optional. B.) Behavior record is considered. If the prisoner has a good or exceptional behavior record he oftentimes is assigned what is called a ”prestigious” detail – warden orderly, visitation orderly, etc. – and normally lives in a good dormitory.

If the prisoner has a bad behavior record, then he is normally assigned a manual labor detail, such as ditch digger or lawn mower, and this inmate normally lives in the disciplinary dorms. Regardless, you will work: even the elderly are made to sweep, mop and dust.

Now that we briefly understand the role of the classification committee lets look at what part this committee plays in promoting slavery and involuntary servitude:

How are you punished? By being written up in a disciplinary report. Failure to follow instructions, C-15, is the most violated code in the Georgia prison system. If a staff member tells an inmate to sweep that hallway and the inmate refuses for whatever reason, this is considered a violation of C-15, and the inmate receives a disciplinary report. It is well-established that any and all instructions given by any staff member are to be followed no matter what or the prisoner will be punished.

This department is responsible for investigating rule infractions, gathering statements, giving sanctions and punishments as they deem necessary. The hearing officer acts as a judge and allegedly conducts hearings as an unbiased judge. If you do not work, then you will be punished. You are ordered to do specific tasks; if you refuse to do this task, then you are assigned, after punishment, the exact same task. If you continue to refuse to work then the punishment gets more severe until either you are placed in indefinite solitary confinement or are declared ineligible for parole. All because the inmate wouldn’t work for free! So now is this slavery or involuntary servitude? Absolutely!

When you work for free and are forced to do so, that is slavery! At no time did a Georgia judge verbally say at any inmate’s sentencing, “I sentence you to years of hard labor.” All prison labor is done due to force, coercion, trickery, threats of punishment or after punishment is applied.

Will prison labor (slavery) ever truly be abolished? Not as long as the people are afraid to take a stand.

You have got to stand for something, or you will continue to fall for anything!

Deep in the plantation,
Shawn Whatley