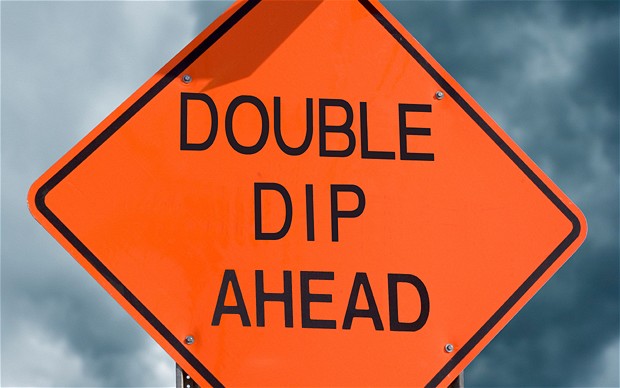 In the past few weeks there’s been a noticeable shift in tone in the business pages and journals. Their confidence in the so-called “recovery” has faded, and has been replaced by anxiety.

Why the glum shift? “The economic news – on growth, consumers, housing and manufacturing was bad enough before the jobs report for July [announcing 131,000 jobs had been cut]… The report leaves no doubt that a slowdown is well under way” (New York Times 9 August 2010).

Adding to this is a 27% drop in housing sales in July. The Federal Reserve also echoed the economic malaise in mid August by announcing it would once again intervene in the economy by buying up U.S. Treasury bonds, in hopes of restoring sagging investor confidence.

These latest figures and events elevate the threat of a return to recession. During the Great Recession and the financial meltdown on Wall Street, U.S. capitalism was quite near plunging into the abyss. The stimulus plan and the Wall Street bailouts put a floor under the crisis and allowed the economy to stabilize temporarily.

Currently, much of the stimulus money has worked it’s way through the economy. Aid to states, the unemployed, and poor has begun to dry up. Withdrawing these support measures is akin to taking a severely ill patient off life support.

Now, an even more alarming specter looms on the horizon: deflation. With demand being severely curtailed by the recession – working people cutting back spending due to layoffs or shrinking pay checks – the economy is left with more goods and services than consumers can buy. Companies then have to cut prices to entice people to buy.

Deflation can then become a spiral that’s extremely difficult for the Federal Reserve or Congress to escape: as corporations cut prices, this cuts into their profit margins. To maintain profits, they have to further cut wages and layoff workers. This creeping deflation threat will be further exacerbated by cuts to public services and public-sector jobs, which will mean even less money for working people to buy things.

The so-called “recovery” never amounted to much for working people anyway. Both the public and the private sector continued to cut jobs; any meager job creation was typically through temporary work. Furloughs, cuts in hours, and now cuts in wages and benefits have continually plagued many workers still with jobs.

Despite a return to GDP growth for a full year, 15 million workers are still officially counted as unemployed, 8.5 million are working part time but need full-time work, and 3.9 million have given up looking. This is a staggering 27 million unemployed! (New York Times 9 August 2010)

Big business, on the other hand, is by no means hurting. Corporations have made huge gains in productivity and profits. Bosses have exploited the recession, laying off workers and ramping up exploitation of the existing employees, forcing them to do the jobs of two, three or more workers.

And rather than using their vast growth in profits to create jobs, corporations are hoarding money: “$1.84 trillion in cash and liquid assets at the end of the first quarter” of 2010, according to Bloomberg Business Week (26 July 2010). The world’s richest are hoarding even more: those worth $1 million or more have collectively stashed $10 trillion under their mattresses, refusing to invest it (Robert Frank, blogs.wsj.com).

Even before the Great Recession, for over 35 years ordinary people have seen stagnating and declining incomes, while the rich laughed all the way to the bank. Annual incomes of the bottom 90% have only increased a meager 10% since 1973. In the same period, the incomes of the top 1% tripled. In 1973, CEO pay was 26 times the median income. Today it’s greater than 300 times larger (Financial Times 31 July 2010).

Even during the last period of economic expansion from 2002 – 2007, median U.S. Household income fell by $2,000 (Financial Times 31 July 2010). American workers were able to partially mask this decline and prop up the boom through unprecedented access to cheap credit: college and car loans, tapping home equity, credit cards, etc. But the easy money debt party has become a torturous hangover, as mountains of debt weigh down personal finances.

Paralleling these four decades of attacks on workers has been a massive growth of the finance sector. Under the sick nature of capitalism, declining living standards for workers meant less money spent on tangible goods and services, which translated into slimmer profits rates for Corporate America and a shrinking manufacturing sector.

Many super-wealthy investors shifted trillions into finance – speculating on the casinos of Wall Street, where they could make higher profits: the combined assets of conventional banks and investment firms exploded from $500 billion in 1970 to $30 trillion in 2008 (New York Times 1 August 2010). Now, at the top of the list of most disgustingly overpaid careers are not corporate CEOs, but hedge fund managers: the top 25 made an average salary of $1 billion each in 2009 alone!

The Great Recession has further accelerated inequality, more rapidly pulling the rug out from under working people, especially when you pile on millions of home foreclosures on top of layoffs and pay cuts. Mark Freeman, a warehouse worker from Minneapolis, vividly described how tens of millions previously struggling to keep their heads above water, are now hanging by a thread: “It’s like continually bailing water out from a sinking boat and then they take your bucket away” (Financial Times 31 July 2010).

The economy will not achieve high enough growth to absorb the unemployed any time soon. Wages and jobs will continue to sustain relentless attacks. The hope of increasing wages and of the next generation forever doing better than the last is dashed, foreclosing the American dream.

The harsh contradiction of capitalism is that while 27 million need work, hundreds of billions of dollars are needed just to keep America’s infrastructure in working condition. Tens of thousands of bridges need repair. 75 percent of U.S. Public schools have structural deficiencies. We need hospitals, roads, public transit, and renewable energy. Rather than bailing out banks, or filling the pockets of super-rich investors with easy money, the government needs to invest in putting these 27 million back to work in a massive, public works job program. The labor movement, civil right and environmental organizations need to unite and organize mass demonstrations and campaigns, to force Obama and Congress to create real jobs, paid for by taxing the rich and corporate profits, and ending the wars in Iraq and Afghanistan.

Capitalism has shown, in the last crisis and even the “boom” times of the ‘90s and 2000s, that it cannot provide a decent future for working people. Trillions are hoarded or speculated on Wall Street, while we suffer unemployment and slashed incomes. It’s time to build a movement to replace capitalism with an economic system that puts working people first, not last. It’s time, more than ever, to build the struggle for socialism!