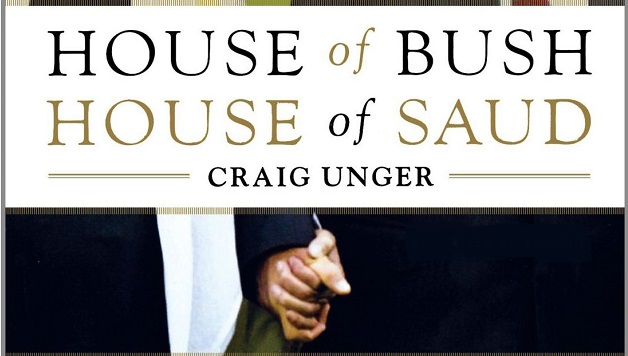 “Why did the Bush administration approve the secret airlift out of America of 140 Saudis, including two dozen relatives of Osama bin Laden, just after September 11?”

This question is posed on the cover of Craig Unger’s book, House of Bush, House of Saud. Although a bestseller in the U.S., this is no Michael Moore-style easy read, but a serious analytical work.

Unger, a senior journalist, ties together the history of two very different families. On one side is the Bush family – a dynasty of the elite of the capitalist class, passing on power from generation to generation in both the public and private sectors. From investment banker Prescott Bush, through his son George H.W., and George’s son George W., the family has links with all the big names in the eastern establishment of corporate America.

On the other side is the Arab clan of al-Saud – linked with Wahhabism, an extreme puritanical sect of Islam and anathema to traditional Muslims, which insists on professions of faith not unlike those of “born-again” Christians.

The al-Sauds grabbed control of the Arabian Peninsula in the 1920s with extreme brutality, and established a reactionary religious state where extreme adherence to Islamic codes still leads to barbaric punishments, such as public beheadings or amputations of hands for theft.

But what links these two dynasties? In a word, oil. And oil makes a black stream through the history of U.S. capitalism over the last half century. In 1948, George H.W. and family moved west to Texas at the moment that Texas was beginning its expansion from a poor rural state to millionaire capitalism based on oil. Bush built a business empire, profiting from the explosive growth in demand for oil in the post-war economic boom.

But by the early 1970s, the oil wells of Texas were beginning to run dry and U.S. capitalism looked to Middle Eastern imports to feed its ravenous demand. In 1973, Arab oil producers imposed a boycott on the U.S. for its support for Israel, causing gasoline shortages, long lines, and near panic in the U.S. From then on, the whole of U.S. policy in the Middle East has revolved around one thing – safeguarding oil supplies.

This, of course, was where the al-Sauds came in. They found themselves sitting on a quarter of the world’s oil reserves – which they considered their personal property. In the space of a few years, the al-Saud clan and their hangers-on became obscenely rich. While paying lip service at home to a very strict version of Islam, abroad the princes enjoyed a millionaire playboy lifestyle.

Dollars poured into Saudi Arabia and millions stuck to the fingers of those families in good favor with the royals. Two families were pre-eminent. The bin Mahfouz family acted as royal bankers and set up the Bank of Credit and Commerce International (BCCI) to shift money around (and get around Islam’s prohibition on usury). In 1992, BCCI collapsed, having defrauded investors of between $5 billion and $15 billion.

The second was the bin Laden family, whose construction firm received multimillion dollar contracts from the royal family. When dynasty founder, Mohammed bin Laden, was killed in a plane crash in 1968, his wealth was spread among his 25 sons, including ten-year-old Osama, who received the equivalent of $200-400 million at today’s prices.

The more acute Saudi royals realized that to keep their power they needed friends in the U.S. establishment. At the same time, they had millions of dollars that could not just be lavished on luxuries – who needs two $5 billion palaces? The dollars received from the U.S. could be spent back in the U.S. on buying armaments and investing in companies and organizations which put money into the pockets of political “friends” (both Democrat and Republican).

Furthermore, Saudi money, via BCCI, could be used by “friends” to fund illegal U.S. operations across the world. Saudi money paid the anti-Sandinista reactionaries in Nicaragua. Another example was in 1981, when $10 million of Saudi money was deposited in a Vatican bank to fund a campaign against the Italian Communist Party.

Unger spells out the most blatant links between Saudi companies and the Bush family. In the years that George Bush Sr. was Vice President and President (1981-1993), Unger calculates that $1.5 trillion made its way from the Saudis to the “House of Bush” and its allied companies and institutions. No wonder Unger dubs George W. Bush “The Arabian Candidate.”

U.S. administrations were happy to go along with the vicious and brutal al-Saud regime. To make sure the oil kept flowing, the watchword was “Don’t ask what happens in Saudi Arabia.”

But the U.S.-Saudi link created the seeds for disaster. When the cold war enemy, Soviet Russia, became embroiled in Afghanistan, U.S. strategists saw an opportunity to fight a proxy war by arming and training groups of Islamic militants to be guerrilla fighters against the “godless” Soviets. Those guerrillas were funded by Saudi dollars, and the manpower came mainly from Saudi Arabia.

In training camps in Pakistan and in battle in Afghanistan itself, one name became pre-eminent – Osama bin Laden, the bravest and most unyielding fighter, and the most rigorous of right-wing fundamentalists. After the Russians were forced out and the secular government was overthrown, bin Laden used his family’s money to establish Al Qaeda as a multinational network. But the enemy changed.

When Saddam Hussein (another maverick U.S. client who had started his career as a CIA assassin) invaded Kuwait in 1991, U.S. forces moved into Saudi Arabia in large numbers to protect oil supplies. This was unacceptable to bin Laden. The occupation of Islam’s holy land by “godless” U.S. troops was the trigger for the Al Qaeda campaign against the U.S.A., which culminated in the destruction of the World Trade Center. The organization built by U.S. capitalism had become its greatest enemy.

A major point made by Unger is that the U.S. administration consistently underestimated the danger of Al Qaeda, and still refuses to admit either that the majority of Al Qaeda operatives in the U.S. are Saudi Arabian, or that the group who organized the September 11 massacre had been allowed into the U.S. with zero security screening in order to not upset the Saudis.

But even apart from Al Qaeda, far from being the Arabian candidate, Bush Jr. turned out to be a disaster. As in many other dynasties, an intelligent politician father was succeeded by a know-nothing son. Unger quotes a prophetic comment made by George H.W. in 1998, explaining why the U.S. merely pushed Saddam out of Kuwait seven years earlier, rather than deposed him: “Had we gone the invasion route, the U.S. could conceivably still be an occupying power in a bitterly hostile land.”

George W. did not listen to his father. From the day of his inauguration, he has been under the influence of Christian fundamentalist and strongly pro-Israel right-wingers. Their policy from the beginning was to cut its ties with Saudi Arabia and install a trustworthy client in Baghdad to give them control of Iraq’s oil (the world’s second largest reserves), to “roll back” the anti-U.S. theocratic regime in Iran, and to impose a settlement on the Palestinians.

Since Unger’s book was published, Bush has given wholesale endorsement to Ariel Sharon’s plan to imprison the Palestinians in bantustan-type enclaves. This, together with the occupation of Iraq, has caused a typhoon of opposition in the Arab world.

At a minimum, the al-Saud family will be forced, on pain of an uprising by their own people, to put pressure on Bush to back down. They have complete control over the volume of oil they export and ultimately the price of gasoline in the U.S. A major increase in gas prices is already in the cards. This could have an incalculable effect on the U.S. presidential elections and the world economy. At worst (from capitalism’s point of view), the al-Sauds may be overthrown by a popular uprising and a theocratic anti-U.S. regime installed.

Unger chronicles the political story of U.S. capitalism’s wars for oil in exhaustive detail – almost a textbook – with many footnotes to each chapter. He is no left-winger, but this makes his indictment even more compelling.