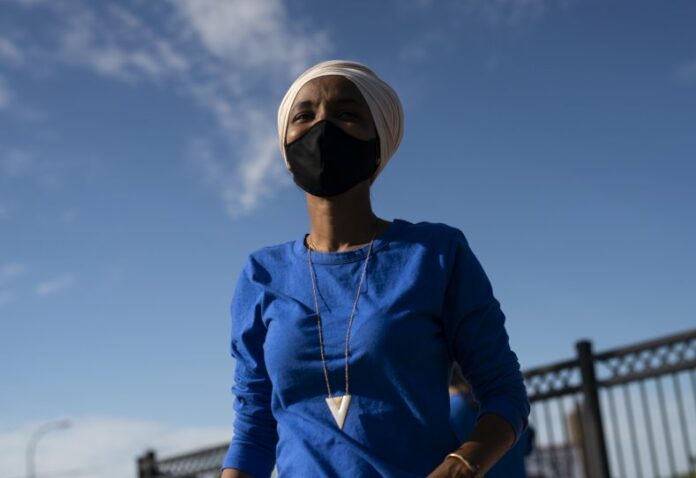 Minneapolis Mayor Jacob Frey was quick to declare victory on primary night. His chosen candidate, Don Samuels, a political corpse reanimated by establishment endorsements and PAC money, had come within one point of defeating Rep Ilhan Omar in the Democratic Party primary. Jumping in front of cameras, Frey said: “People can change. People can improve. I’ve learned lessons… I hope that Congresswoman Omar will see this massive 20 point shift [against her], and perhaps do the same.”

Refuting the Mayor, local leaders in DSA highlighted that most of their endorsed candidates won their elections, though these candidates did not clash with the political establishment to the extent Ilhan Omar has. Bernie and The Squad were quick to frame the results as a contest between working people and corporate PACs. It’s true that Ilhan overcame millions in opposition spending from Republican PACs, corporate lobby groups and sections of the local political establishment.

However, these groups spent a similar amount during her last primary in 2020. Furthermore, her 2020 opponent Antone Melton-Meaux raised four times more than Don Samuels raised this election, yet Melton-Meaux got crushed.

What has changed since Ilhan’s last primary in the summer of 2020 is the general retreat of social justice movements because of a long list of Democratic Party betrayals. At the height of the George Floyd Rebellion, the largest protest movement in US history, polls showed 54% of all Americans felt it was justified to burn down the Third Precinct police station where Derek Chauvin worked. Then scores of liberal Democrats, including a supermajority on Minneapolis City Council, tried to jump in front of the movement, proclaiming their support for “dismantling” the Minneapolis Police Department. This utopian demand under capitalism also shut down any discussion about practical reforms to policing that could be made here and now.

This seemed like a massive victory for the movement, but to the Democrats, it was just a bigger promise than normal. Socialist Alternative warned when they immediately started walking back expectations. It took over a year for the City Council to put forward anything to voters, and when they did, their proposal amounted to little more than a name change to the Minneapolis Police Department. In the confusion and demoralization, Mayor Frey and the right wing seized the initiative, eventually defeating almost every City Councilmember who broke their promise.

Nationally, Biden’s watered down police “reform” was vetted by the police unions before passing. “Law and order” Democrats like former cop Eric Adams became mayor of New York City. A billionaire Republican masquerading as a Democrat vowing to outlaw homeless encampments won the Democratic Party primary in Los Angeles, and movement-crushing Democrats like Lori Lightfoot in Chicago and Bruce Harrell in Seattle have gotten a second wind. Mayor Frey was reelected in Minneapolis, though the fact a rent control proposal passed during the same election shows people are still open to supporting concrete policies that benefit working-class people.

Ilhan became closely associated with the movement, and its defeat – though to her credit, she refused to back away from pointing out that establishment Democrats like Jacob Frey have not done anything to make cities like Minneapolis any safer. However, on top of this Ilhan has been associated with a long list of betrayals from The Squad, who have covered for the failures of Joe Biden, which have become much more acute as issues like inflation and a looming recession come to the forefront of people’s minds.

This leaves The Squad much more vulnerable to the approach of the right wing, who knows that working-class voters are more compelled by their day-to-day reality, like the constantly rising cost of living, than they are by a candidate’s image of being a “political outsider”. This is ultimately one of the biggest dangers of progressive candidates running within the Democratic Party – it puts them in a position of having to deflect blame for the crisis away from the Democrats, whose corporatism is eating working people alive.

The initial popularity of insurgent candidates like AOC, Ilhan Omar, and Bernie Sanders shows people have long been hungry for a new type of politics, and recent events like the victory of the Kansas abortion rights referendum show that they still are. Had they stuck to their mandate rather than relying on relationships with establishment Democrats, Ilhan, Bernie, and the rest of The Squad could be much better positioned to take advantage of the mass anger at Biden, rather than the Republicans currently on course to make gains this November.

Now, instead, there is a danger that the political establishment tries to use these limited victories against The Squad to try to paint policies ideas like Medicare for All and a $15/hr minimum wage as “out of touch”, even though Joe Biden is polling around 36%, partially on the basis of his failure to follow through on progressive campaign promises. For a way forward for working people, where progressive candidates could be emboldened to take the gloves off and fight the establishment tooth and nail in office, the progressive movement must leave the Democrats behind, and build an independent political party whose power comes from mass movements.