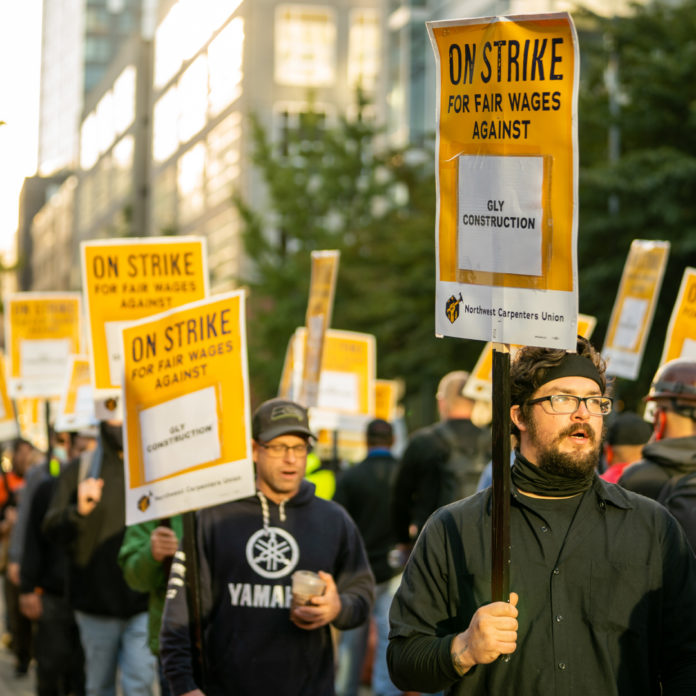 More than 2,000 union carpenters are on strike in the Pacific Northwest in a courageous showdown with their millionaire bosses. Through aggressive rank-and-file organizing they have rejected four substandard offers from construction contractors and put pressure on their union leadership to sanction a strike.

Due to no-strike clauses, only about 17% of union carpenters are on strike, but this morning, the strike expanded with new pickets and walkouts at jobsites. After this escalation, carpenters, other union activists, and Black Lives Matter organizers spoke alongside socialist Seattle City Councilmember Kshama Sawant.

See the video here and other articles covering this important strike from Socialist Alternative. Sign on to the labor solidarity petition here. An injury to one is an injury to all! Watch this space for daily updates, videos, and articles.