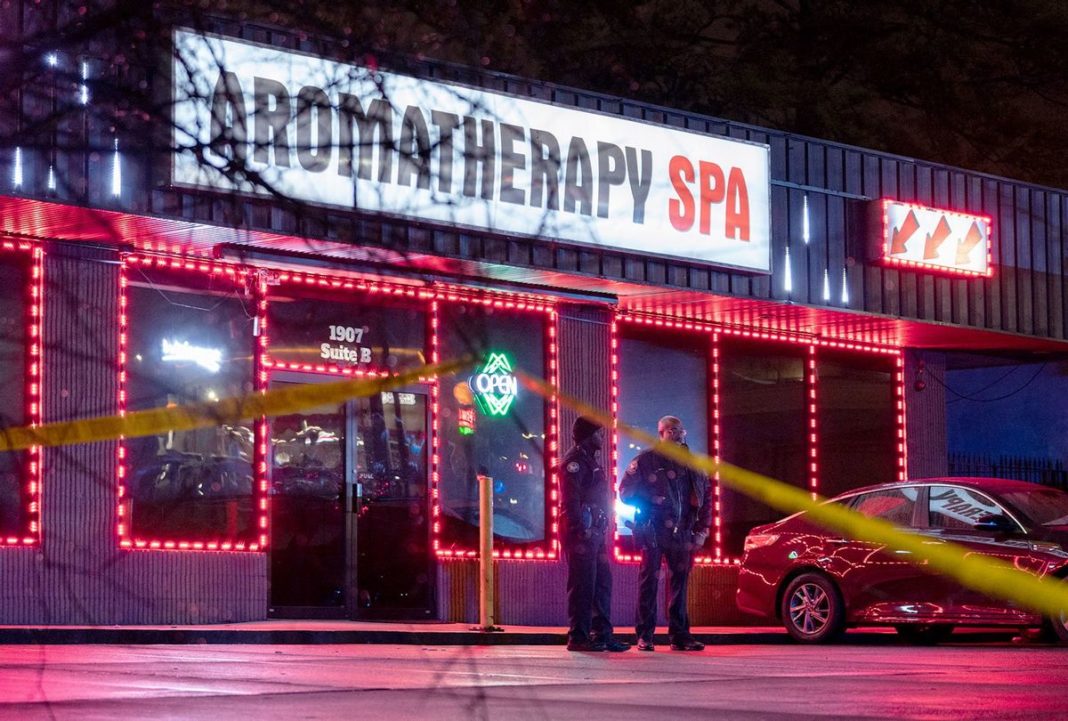 Socialist Alternative extends our condolences to the family and friends of the eight victims of a deadly shooting in Atlanta Tuesday evening. Six of the victims were Asian women, placing the attack squarely at the intersection of extreme sexism, racism, and xenophobia.

Since the beginning of the pandemic last March, there have been 3,800 reports of hate incidents targeting Asian-Americans across the country, 68% of which were against women. This uptick was stoked by Trump’s xenophobic rebranding of COVID as the “China virus” or the “Kung flu,” fanning the flames of existing racism against Asian-Americans.

While details are still emerging about the perpetrator Robert Aaron Long, it is clear that deeply held sexism was a core motivator in these murders. He claims that he targeted these businesses for providing “an outlet for his addiction to sex,” insinuating that he purchased sex from the women he killed. If true, this is an absolutely grotesque illustration of the extreme violence sex workers are exposed to and why it ranks among the most dangerous jobs. Regardless of whether he patronized these businesses or not, fetishizing and over-sexualizing Asian women is exactly why Asian massage parlors and spas are seen as places to solicit sex in the first place.

As Asian-Americans face a disturbing increase in violent attacks, and as COVID and the resulting economic crisis has exacerbated existing racial inequalities and the oppression of women, we urgently need a multi-racial, multi-gender mass movement to challenge all forms of racism, including racial violence against Asian Americans, and extreme sexism.