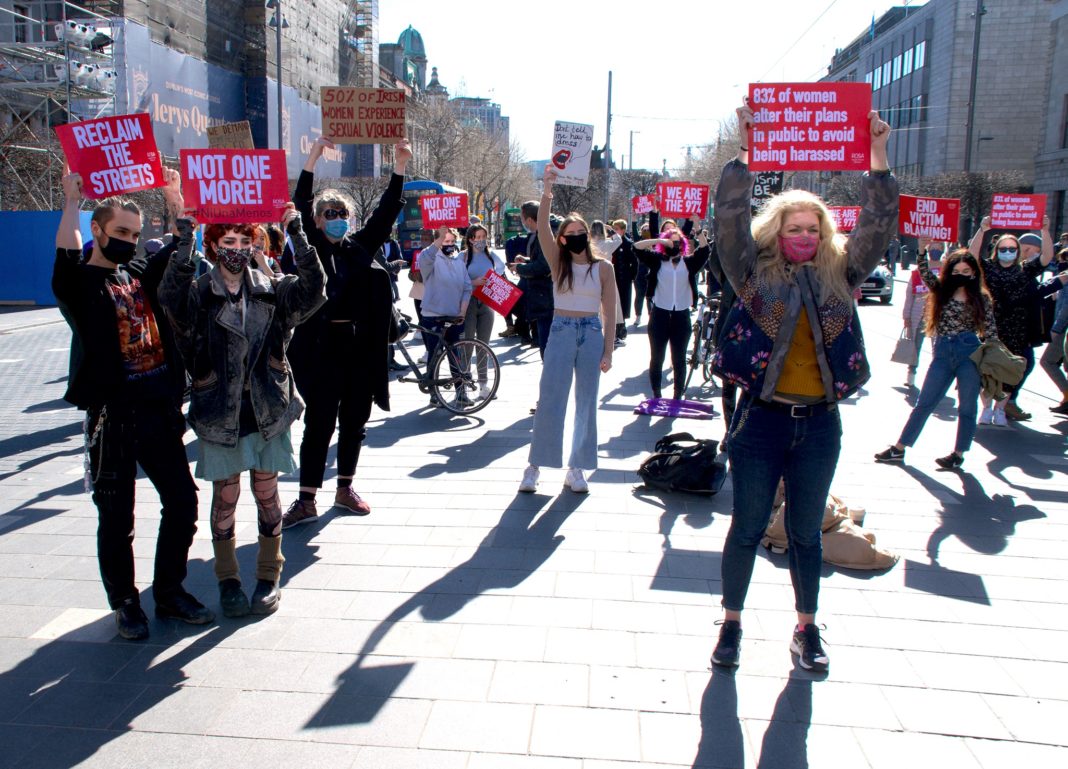 The murder of Sarah Everard is a tragedy — for her family and friends, the local community, and for all who oppose oppression and violence. Socialist Alternative sends sympathies and solidarity to all who knew Sarah, and all who are reeling from the revelations over the past few days. The sorrow has been rightfully matched by anger — at the perpetrator, the victim-blaming of the police (who advised women living near where Sarah went missing not to go out alone), and at a society that propagates violence against women. Social media platforms have been flooded with women sharing their own stories of sexual assault and exposing the myths about gender violence that persist contrary to all evidence. A collective cry can be heard — we have had enough! We can’t allow Sarah’s story to be another statistic. We must fight for justice for Sarah, and at the same time question what type of society can offer genuine safety and freedom to women and gender non-conforming people — and get organised to fight for that change now.

What is evident from the responses of capitalist politicians of all parties, is that we cannot rely on them to solve the problem of gender-based violence. Despite his sympathetic statement, Prime Minister Boris Johnson has a long history of misogynistic comments, and was accused of sexual assault by a journalist. Within his own government, a former minister accused of rape, sexual assault, and coercive control in 2020 was never suspended.

Keir Starmer’s weak response has been to call for greater numbers of police officers on the streets, a particularly thoughtless statement given that the man accused of this crime is a serving police officer. Starmer was the head of the Crown Prosecution Service when the decision was made not to prosecute Jimmy Savile on the grounds there was “Insufficient evidence.”

Neither can we rely on the police themselves. Systemic sexism, alongside racism and homophobia, are well documented in the police. Only last year, two serving Metropolitan police officers were suspended after posing for selfies with the bodies of murder victims Nicole Smallman and Bibaa Henry. Mina Smallman, mother of Nicole and Bibaa said “If we ever needed an example of how toxic it has become, these police officers felt so safe, so untouchable, that they felt they could take photographs of dead black girls and send them on. It speaks volumes of the ethos that runs through the Metropolitan Police.” Within the Met between 2012 and 2018, 594 sexual misconduct complaints were made against police staff of which only 119 were upheld by the force. The IOPC is investigating complaints that accusations of indecent exposure against the arrested police officer were not dealt with properly — fitting the established pattern of the Met. This toxic environment fails to protect not only female staff within the police force, but also members of the public.

We support all measures that help to make women feel safe. For example, plentiful and well-maintained lighting on Clapham Common and other public areas is essential. Those angry over Sarah’s murder and the aftermath should continue to organize and discuss together to fight for these urgent steps.

But this isn’t enough. We know that Sarah “did everything right”; she walked a busy route, she made a phone call and let people know where she was going and when she was going to be home. But that didn’t stop the violent attack that cost her life. Almost 80% of women killed by men in the UK were victims of their domestic partner and were killed in their own home. Safety measures would not have protected them.

Gender based violence is endemic within capitalism. Misogynistic ideas that justify the oppression of women are normalised and propagated throughout society, including through the media, in education, advertising, popular culture and within families.

Capitalism relies on the oppression of women — it can’t exist without it. To end women’s oppression, we need fundamental systemic change. We need to build a mass movement against gender oppression and the system that perpetuates it.

Misogyny exists worldwide, so the movement against it needs to be international. In recent months we have seen protests for abortion rights in Poland, a women’s strike in Russia against the arrest of feminist activists, and huge marches in India against rape and violence against women. Members of Socialist Alternative and our sister parties around the world have been active in these struggles and are fighting for a democratic, socialist world without gender based violence and oppression.