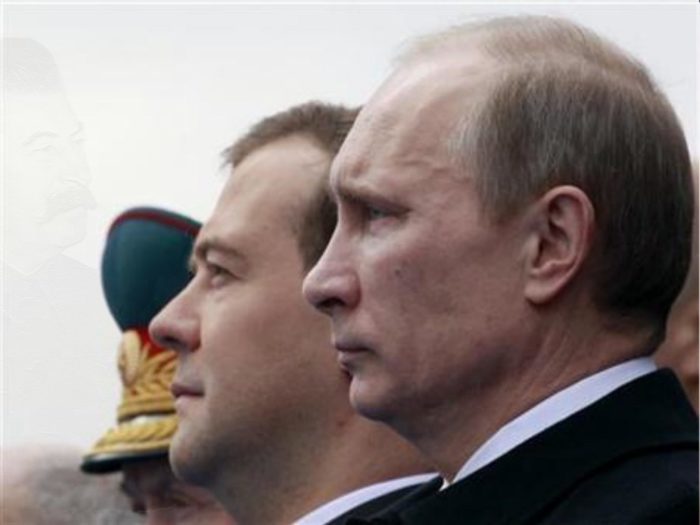 It appears to have come as a complete shock even to government ministers, when towards the end of his annual “State of the nation” speech, Russian President Putin announced a series of constitutional amendments aimed, he said, at reducing the power of the Presidency, strengthening that of the Parliament and Prime Minister and promoting the so-called “State Council” from an advisory body to part of the government structures.

Just an hour or so later, at a meeting with the Cabinet, the Prime Minister Dmitry Medvedev announced that he, together with the whole government would resign to allow for the necessary changes to be implemented. He was then appointed by Putin as Deputy leader of the State Council, which the President himself heads. By evening, the relatively unknown Head of the Tax Service, Mikhail Mishustin, seen as a “technocrat”, was nominated Prime Minister.

Vladimir Putin is lining up his options to keep the reins of power in his hands at the end of this Presidential term in 2024. According to the Russian constitution, one person can only serve two terms as President. But Putin has been in power since 2000. Serving his first two four-year terms, he then used an ambiguous formulation to swap jobs – Putin became PM, and Medvedev President – before returning for another two. To extend his rule further, the constitution was amended to extend each term to six years.

Russia is not a bourgeois democracy. Serious opposition parties and candidates are not allowed to participate in elections. In the past, Putin has had significant support from the population. Following the years of economic chaos and catastrophe under Boris Yeltsin, his regime was credited with restoring order. This coincided with a period up to 2008 of oil driven economic growth, which fed into living standards. Oil reserves were used to ride out the first months of the global crisis, although the economy was left with much lower growth rates, but the take-over of Crimea allowed the Kremlin to ride an intense, if relatively short lived, patriotic wave.

Now, the Kremlin faces a developing crisis on several fronts. Living standards have been falling for at least 5 years. As if this wasn’t enough, a new global recession is developing, which will make it even harder for Russia. Discontent within society has been noticeably growing, particularly amongst the youth, who have spent their entire lives under capitalism, and many, under Putin’s rule. Ratings for the government have plummeted and those for Putin himself are at their lowest level since he came to power. Significant protests have broken out in the past couple of years against pension reforms, against corruption and election manipulation and on ecological issues. Add to this Putin’s cherished “National projects”, a series of grandiose promises he made after the last election aimed, for example, at increasing life expectancy are failing. Even the climate is undermining the former feeling of stability, temperatures in Russia are rising at over twice the rate of the global increase.

For now, business is wholeheartedly behind the regime, opposition businessmen have been pushed to the side-lines or forced to flee abroad, while the rest benefit from low wages and very low taxes. But with the global recession looming and elections to the State Duma due next year, the Kremlin is getting nervous. Although there is no chance they will lose the stage-managed Parliamentary election, they will be seriously compromised if turn-out plummets or, as happened in Moscow last summer, large protests develop at the refusal to allow opposition candidates. If a mass movement was to develop, this could provoke splits in the ruling class.

It seems that the Kremlin has decided, therefore, to move early to seek ways to prolong Putin’s rule. Its preferred option appears to be now ruled out. For some years, the idea has been muted of strengthening the current union between Russia and Belarus into some form of federation, with a Federal President – Putin. But President Lukashenko of Belarus has resisted that, and particularly since the Ukrainian events, has been pulling further away from Russia and closer to the EU. Now the Kazakhstan option has come to the fore. There, the authoritarian President Nazarbayev withdrew from the Presidency, promoted his daughter to head the Parliament, organized the election of a safe marionette President and took over the country’s Security Council, in effect remaining in power. And, incidentally renamed the capital city after himself.

Now we have to see how the situation in Russia plays out in the next few months. The almost unknown Prime Minister Mishustin may be just a stop-gap, seeing his job as just holding the fort while the constitutional changes are pushed through, although he has hinted that business taxes will be reduced even further. His candidacy passed through the Parliament with no opposition. The so-called communists, always loyal to the Kremlin just abstained.

But just in case Mishustin gets ideas above his station, it seems the Kremlin has prepared the ground. In the past few months a number of high ranking regional tax officials have been arrested, which is often seen as a warning to those higher up not to step out of line. Meanwhile anti-corruption activist Alexey Navalny claims that Mishutin and his wife have incomes and property many times in excess of what their official incomes would allow for.

Meanwhile the Kremlin is pushing through its constitutional reforms. A working group of 75 constitutional lawyers, academics, cultural and sporting figures has been established to review the Kremlin’s proposals. There are currently eleven points – including the strengthening of the State Council’s authority and a ban on anyone who has dual citizenship or a residence in other countries from holding state positions. Cynically, it also includes a point to introduce into the constitution the automatic indexation of pensions.

One possible outcome is that the key change will be in the status of the “State council” which is currently an advisory body consisting of the Kremlin appointed Governors of the 7 Federal regions plus the Kremlin approved Heads of Regional government and four Duma Fraction leaders. At the very least it would seem that the powerful Security chiefs would be added, allowing Putin as head of the State council” to wield real power.

It cannot be ruled out, that this working group will simply “amend” the Kremlin’s proposal to remove the restriction on serving two Presidential terms, allowing Putin to accept “the will of the people” and become a president for life. Another possibility is that a new position will be created – that of “National leader”.

Whatever is amended, these proposals will be put “as a packet” to a “peoples’ vote” in early May. The Kremlin insists this is not a referendum, but has not explained what it means by this. In reality, it will be a bonapartist plebiscite on confidence in the President.

Russians have probably been more divorced from the political process than many in other countries over the past period. But these changes, the most significant for many years have provoked a wave of political discussion. Many are making comments about the promise to index pensions after the government last year pushed through the increase in the pension age as an indication of why it is impossible to trust any of these proposals. The reality is that this attempt to change the configuration of the state structures is a recognition that the regime is feeling the impending crisis. Whether or not these changes translate into protests is too early to say, but it is inevitable that in the coming period the confidence of the masses that it is possible to fight back will grow.

Fight for democratic and economic rights

The liberal opposition will try and exploit this situation arguing for an end to authoritarianism in favor of some form of “honest capitalism”, not understanding that the current regime is fulfilling the wishes of the majority of Russian businesses. They will separate the need to fight for genuine democratic rights from the economic and social questions – in many cases they support lower wages and pension reform. By doing so they are creating a barrier to the involvement of the working class, the only force that can bring real change in Russia.

But as socialists, we will be at the forefront of the struggle for democratic rights. Instead of a working group of 75 people from Russia’s ruling elite to amend the Kremlin’s proposals, we support the convening of a Constituent assembly made up of democratically elected representatives of Russia’s working people, youth and national minorities to establish a genuinely democratic government. At the same time, we struggle for proper wages for all, a reversal of the pension reforms, proper financing for a free and quality healthcare and education system and to take the natural resources, banks and major corporations into social ownership. In that way, they will no longer be able to support their authoritarian regime, but instead their resources will be used in the interests of ordinary people.  The only way to end this authoritarian capitalist regime is to fight for a democratic socialist Russia as part of a wider socialist world.